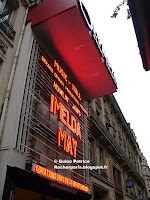 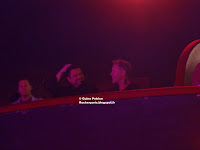 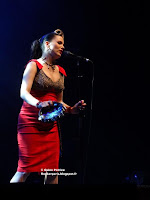 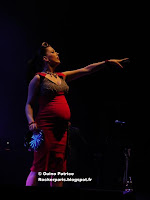 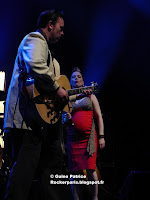 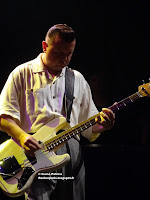 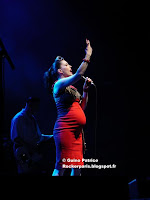 Sorry, we've been very busy since that day, so here's a short review at last !

Imelda May is getting bigger and bigger, not only her success over here in Paris but also her belly as she's probably 6-7 months pregnant.
Don't know if tonight's show was sold-out but one thing is for sure: it's packed.
We were lucky to see her opening last year for Brian Setzer @ Grand Rex in June 2011 and later in December 2011 @ L'Album de la Semaine tv show for canal+.
Glad that she's so successful considering the music that she's playing: a mix of rockabilly and Jazz for some songs, but it's no surprise : vintage Rock 'n Roll has a huge fan base in France.
James Hetfield from Metallica is watching from the balcony as it seems that he appreciate what he saw like we did as he was clapping his hands and moving his head to the rhythm of the music.
Even though it's rock'n roll there's diversity with some cooler songs very jazzy with some trumpet and Imelda is doing the show, she has a great voice and she knows how to entertain an audience with some funny stage banter between songs. 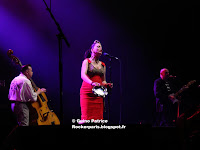 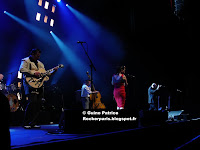 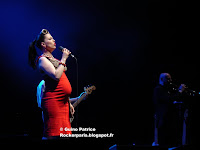 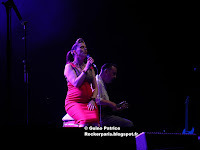 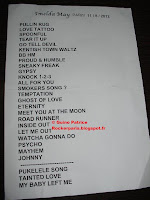 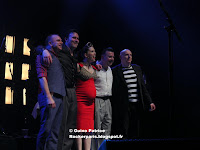