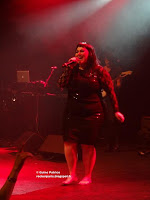 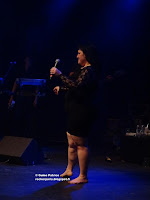 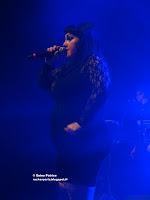 Gossip is back in Paris to promote brand new album, they were @ Grand Rex for a private party for Canal+ tv show L'Album de la Semaine at the beginning of the month, where they previewed the new album that is very disco.
Well, I dont know... was it because we were tired, or because it is our first show just after METALLICA @ Stade de France or because the lightning was shite... really don't know !
Boring... this band doesn't talk to me anymore, this band has turn into a gay-disco shit.
Apart from a couple of songs the rest was just boring, hard to believe they were playing punk-garage rock at the beginning.
Don't get me wrong Beth is still doing the show, her voice is powerful but she tends to be very annoying by talking and saying hello to all her friends in the audience all the time 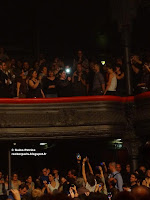 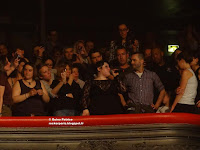 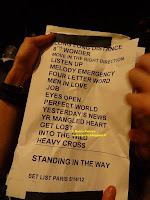 Nevertheless there was a great atmosphere with everybody singing and dancing but I felt more like being at the gay Pride parade than a rock concert.
She ended the 90 min set with a short speech on tolerance at the balcony of La Cigale.
It looks like there's a competition between her, lady gaga & Madonna to please and get the attention of the gay/lesbian community, Lots of money to be made...
Publié par Angelo Misterioso à l'adresse 9:11:00 AM