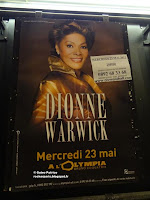 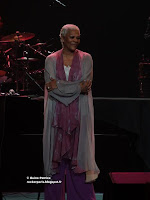 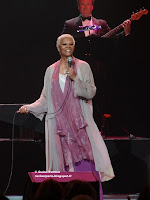 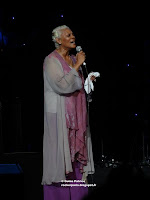 Soul Legend Dionne Warwick first concert in Paris in a very long time, we couldn't miss that. We saw her 12-13 years ago at the Royal Albert Hall for a tribute Concert to songwritters Burt Bacharah & Hal David with Sacha Distel, Petula Clarck, Elvis Costello, Edwin Starr and a few others, but she only performed a few songs.
It's a full house for this headlining show @ Olympia.
First we have a duet on piano & saxophone playing a few instrumental jazz songs that was well received by the senior audience.
It's just past 9:00pm when her 5 piece band is getting on the stage, Dionne at age 71 is looking splendid and very elegant herself.
No introduction as the first song is her hit "Walk on by", it took her a two songs to get her voice , she even cough a couple of times but then it was perfect.
Her vocal technique is incredible, like Al Green, even when she's singing softly, her voice is faultless and fluent.
I thought it would have been more soul but in fact the sound was more "easy listening", specially when when you see that the whole band is dressed with tuxedos and bow ties, I felt like attending a concert on a cruise on the Love Boat on our way to the shores of the Caribbeans.
I was expecting the bartender Isaac Washington to offer me a Pina Colada but I'm still waiting.
This feeling was even more marked when she played a few Brazilian songs.
She walked carefully on stage and sometimes sat down.
"A Little prayer for you" was re-arranged and she played a few soft tunes ( "I'll never stop loving you", "What the world needs now is love" "That's what friends are for").
Great version of the Bee Gees' "Heartbreaker" (here on video)
Short set, only 75 min with no encore, too bad as it was great !
We were lucky to meet her after the show and she signed us a couple of things (Picture below) 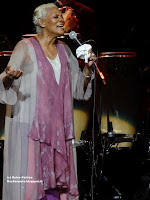 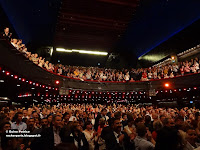 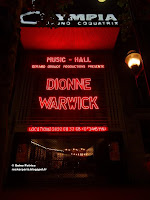 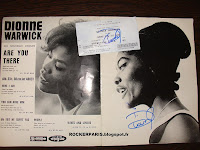 a program from 1965 and ticket signed