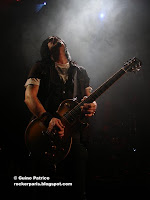 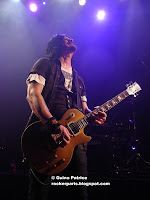 Former Guns n Roses guitar player on "Use your Illusion" mammoth world tour is playing for the first time as a solo artist in France, he already played in Paris with GnR, Snakepit & MC5, tonight he's playing a tiny club 30 km south of Paris @ L'Empreinte in Savigny Le Temple.
It may be far but it's very easy to go there, 35 min with the train from Gare de Lyon and the club is just in front of the station.
First on stage is a GNR tribute band with the most ridiculous "Axl Rose" copycat I have ever seen, hard to believe I thought it was a candid camera episode.
Then we have a very average Swedish rock band.
Gilby is getting on stage @ 10pm, he's playing all guitars and singing all vocals with the bass player and drummer for the Swedish band.
Beginning of the set is quite average with some very... average songs, then when he starts playing his best songs from the first album, his best one, or a Snakepit it's getting much better, we have a few covers including " It's so easy" or a Bob Dylan "Knocking..." that GNR were covering.
he has a great rock N Roll voice and the guitar playing is neat.
The show ended with two nice renditions of Rolling Stones' songs, the first "Wild Horses" that he played on his own and then "Dead Flowers".
Overall good 65 min show but plagued by too many average songs at the beginning.
setlist: (from our friends @ GnrFrance)
Wasn't Yesterday Great
Under The Gun
Motorcycle Cowboys
Black
It's So Easy
Monkey Chow
Knockin' On Heaven's Door
Cure Me... Or Kill Me
Be Yourself (And 5 Other Cliches)
Tijuana Jail
-Rappel-
Wild Horses
Dead Flowers 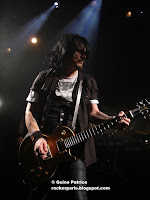 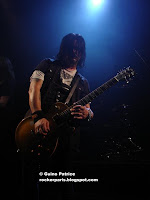 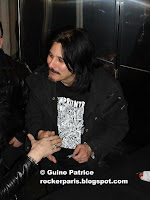 "Cure me or Kill Me"