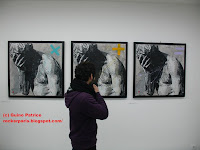 First there is a Vernissage @ Moretti & Moretti Galerie near Bastille with some street artists (Miss Tic, Konny Steding, Jef Aerosol and many others...) who are probably NOT street artists anymore considering the price they are selling their shit. Some good and some very bad but we'll talk about this later... so stay tuned 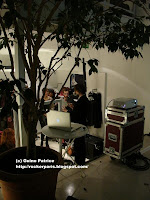 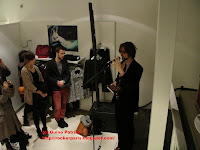 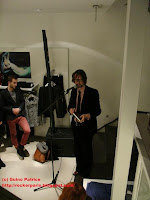 Then we went to the Agnes B store near St Eustache where Jarvis Cocker was doing a reading from his new book, we missed the beginning, it was more crowded than yesterday for Josh T Pearson's acoustic set.
Jarvis then sold a lot of books and people had it signed. We left for Bercy...
And...Coldplay @ Paris Bercy, Dec 14 2011 @ 9: 00pm 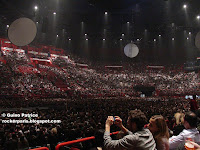 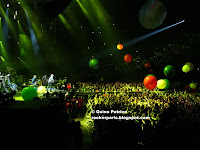 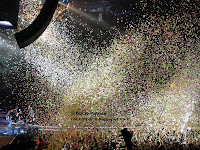 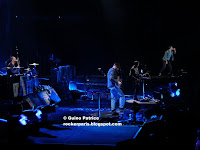 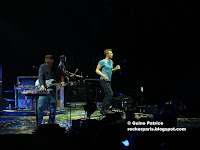 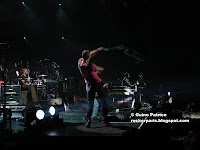 Sold -out Bercy for Coldplay, second time in a couple of months as they've played a theatre show in Paris @ La Cigale on Oct 31.
It's party time @ Paris Bercy as everyone has a wristband that would lit up several times during the set so everyone is waving his hands like maniacs to great effects.
They could have done in with cell phones it would have been more ecological.
They've also used lots of confettis at the beginning of the show and some big balloons.
There's a catwalk that Chris is using several times , the band will play a couple of songs there in the middle of the crowd. 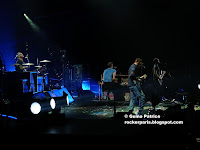 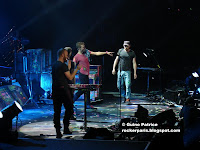 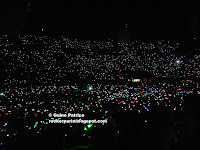 Entertaining show, you know what we're thinking about the music, the first 2 albums were great then it went from bad to worse.
Considering their stardom and after 5 hit records it's a bit strange that they're only on stage for 95 min.
I guess that was enough for us even though the show was better than expected 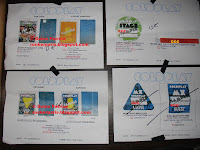