Before the show (c) Official Bercy facebook Page
It's NOT a Gold award but just a commemorative "plaque"
updated Nov 25 with lots of links to videos
Scorpions + Guano Apes @ Bercy, Paris Nov 232011 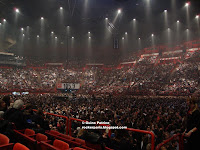 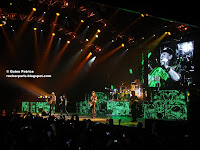 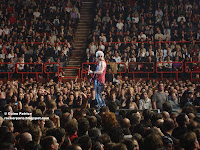 Bercy is totally rammed tonight for Scorpions , they even sold tickets on the sides of the stage.
We have some fantastic seats in the stalls: 1st row with the band's family & management.
Great stage with some huge screens in the back and a catwalk where the band will band entire songs.
As it's a farewell tour it's a Best of setlist.
The show is starting nicely with a new song "Sting in the Tail".
They had to cancelled yesterday's show in Poitiers (sorry it was Tours, but who gives a fuck) and Klaus had trouble finishing the previous show in Montpellier, they had to stop it for 15 min.
Tonight his voice is perfect and the band is on top form specially Rudolf who's running like a maniac all the time. 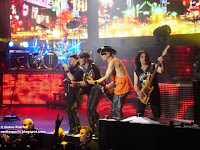 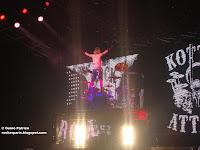 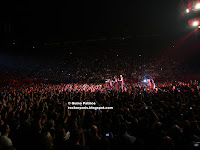 It's a long tour so the band is making sure to have some moments so they can rest so we have lots of ballads, an instrumental "Coast to coast" to let Klaus rest his voice , a funny drum solo, a completely shitty guitar solo by Matthias. 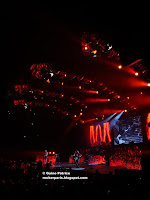 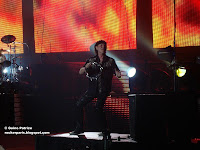 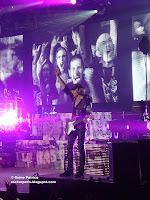 The musicians are coming all the time on the catwalk to be closer to the fans, they're playing a couple of the acoustic numbers on it.
They do have a great lightshow that's guitar shaped (see pics below).
Klaus is giving away dozens of drumsticks to the first rows all along the show and the audience is singing along most of the songs. They're stretching out some songs so the audience can participate and sing they're lungs out.
No matter they've done some pretty average albums these last few years, on a stage they're giving it all and they've always done some great performances.
It's nice to see them them back playing in front of a full house in this Bercy arena, but even when we saw them playing at a small Zénith in front of 3000 people or at the Olympia theatre in May last year, shows were incredible.
Maybe I preferred the setlist on the previous tours, there were songs from the Uli Jon Roth era and more songs from "Lovedrive" & "Animal Magnetism" but tonight they've played a Best Of.. setlist so that everybody could go home happy.
We did !
Still loving you Scorpions ! 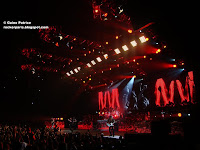 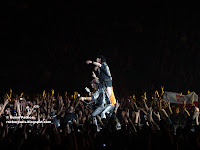 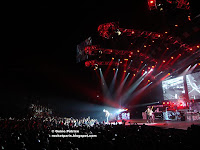 SETLIST:
Sting In The Tail
Make It Real
Bad Boys Running Wild
The Zoo
Coast To Coast
Loving You Sunday Morning
The Best Is Yet To Come
Send Me An Angel
Holiday
Raised on Rock
Tease Me Please Me
Dynamite
Kottak Attack
Blackout
Big City Nights
-Encore 1-
Still loving You
Wind of change
Rock you like a hurricane
-Encore 2-
No one like You (sorry for the quality on this one)
-Encore 3-
When the smoke is going down (ONLY SONG MISSING ON VIDEO) 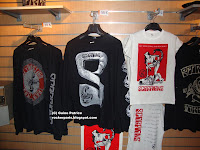 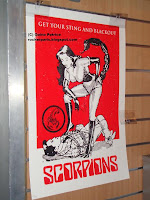 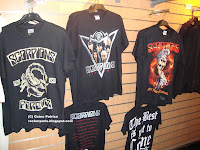