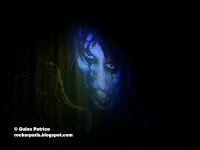 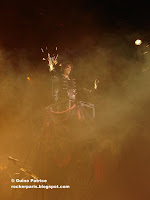 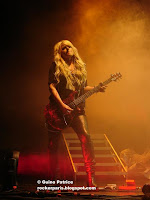 Alice Cooper is in the middle of his French Tour (several shows in France) so it's a small Zénith tonight (3500 capacity) which is quite full.
We arrived at the Zénith just after the support band so we can't talk about it.
The "No more Mr Nice Guy" Tour started months ago and Alice Cooper already played in June @ Montereau near Paris and there's nothing really new this autumn apart from the addition of new female guitar player Orianthi who played with Mickael Jackson just before he died. 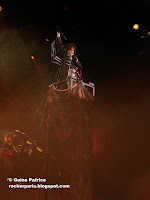 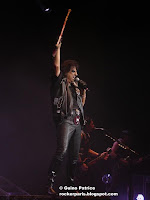 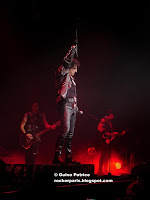 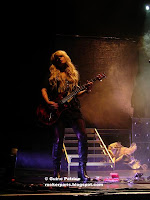 For the first song "Black Widow" Alice is singing from the top of the stairway, in fact for each song there's something different: costume change or he's holding something different in his hands: Sword, crutch...or snake.
Nice female touch with Orianthi on guitars, she's doing just what is needed. 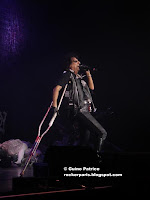 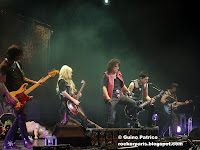 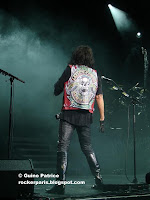 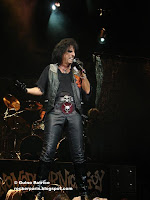 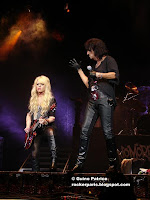 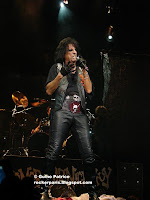 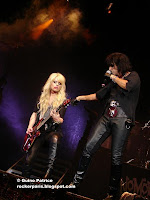 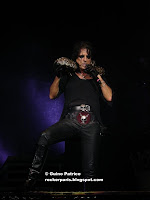 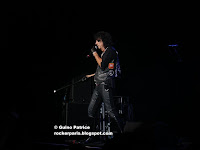 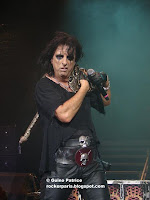 "Welcome to my nightmare 2" is out for a couple of months but there are no songs performed from the record apart from the single " I'll bite your face off" that was already played months ago before the album was released.
I guess people don't wanna hear any new songs specially if they are not really good and Alice is giving what they want : Hits and more Hits. (see setlist in Part 2) 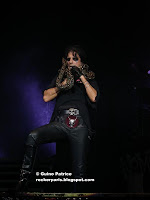 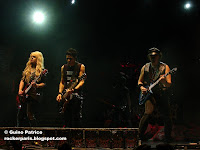 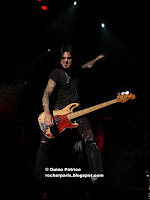 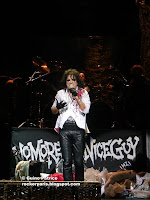 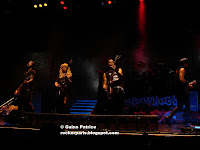 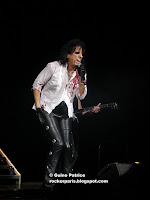 Between some songs the band is showing off for a couple of minutes on its own so that Alice gets his new costume or to get the stage ready for the decapitation or next stage prop. 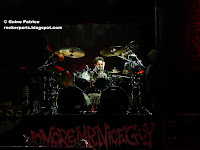 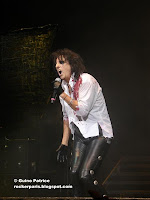 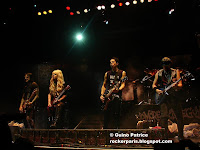