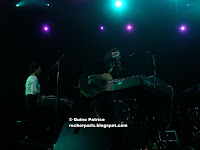 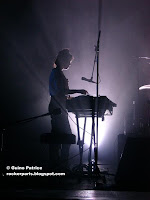 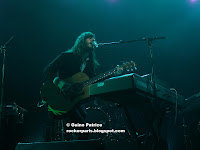 Very quiet night @ Casino de Paris for the first day of the Inrocks Festival, surprisingly it's far from being sold out.
Very easy to get down to the first row, lots of spaces in the pit so the conditions are perfect as it's a bit warm in this theatre.

We arrived too late to see the first band Balthazar so let's go straight to Other Lives an American quintet from Oklahoma, They are playing a very ambient psyche folk music, very relaxing. They will be perfect for a soundtrack. 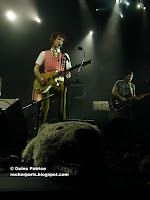 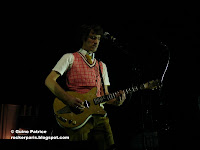 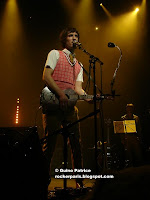 Then we have French singer Florent Marchet, he's welknown for being very funny and sarcastic. Cool set of American folk-pop, a surprise guest Gaetan Roussel from French rock band Louise Attaque joined him on vocals for a cover of swiss singer Stephan Eicher.(Here on Video)
Last but not least is Danish piano player and singer Agnes Obel.
She's very popular in France and her first album "Philharmonics" sold more than 200 000 copies.
She's on the piano on the left of the stage with cello and harp players on the right.
Very soft songs, hard to believe that she's playing a rock festival but as she's headlining you could hear a pin drop during her performance as no one's speaking and is listening religiously. 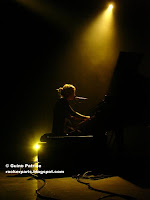 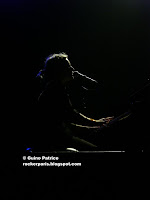 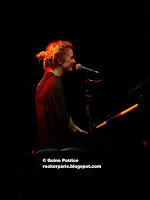 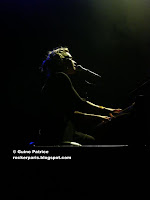 Very good set maybe she could have played longer as she was only on for an hour.