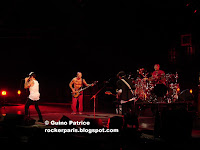 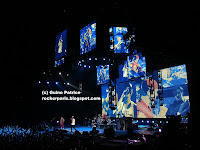 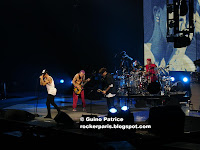 A wall of screens as backdrop 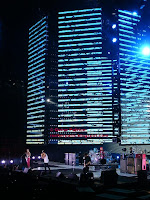 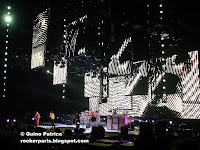 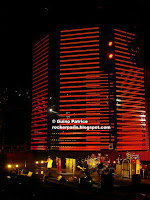 Red Hot Chili Peppers are playing their second sold-out show @ Bercy arena
I've never seen the pit so rammed, it's an all age audience with very young, even kids where we were seating, and older people in their forties.
It's a bit like going to a Supertramp, Tina Turner or Madonna concert, you don't need to have any of their records to know half of the songs they're playing as they're hit singles and constantly played on radios.

As you can see on Pics the stage is very simple with lots of screens to stunning affects.
They have two extra players on stage: one on percussions and one on keys.
Flea is as mad a s ever on stage, the new guitar player is doing a lot of stage moves too but he looks like a clone of John Frusciante. Anthony is singing on key but his stage antics and dancing is ridiculous, not to mention his gay moustache and hair cut. 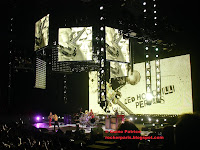 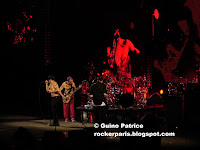 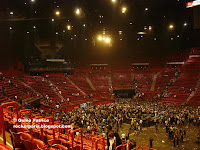 Some cool parts when the band is playing the hit songs or older ones and some shitty parts with useless jams and many of their songs are very average specially the new ones that are sucking badly.
Great version of "Give it away" with Femi Kuti on Saxophone who was opening the show tonight, too bad the band is ending the gig on one more useless jam.(Here on video)
They've also done a great version of Jimi Hendrix' "Fire". 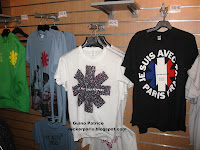 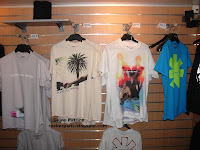 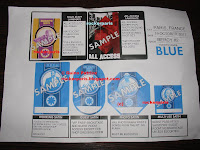