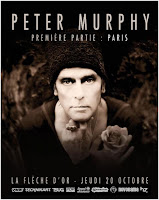 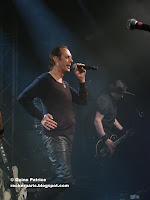 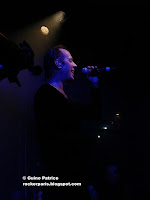 Former Bauhaus singer is playing in Paris to promote his new solo album.
French band Paris with singer from Poni Hoax is opening with their electro rock.
The club is quite full, though not sold out, which is a good surprise.
Beginning of the show is really dark rock à la Danzig , Peter has many problems with the sound of his voice in his monitors so he has to stop each of the first two songs to get it fixed which tends to annoy him and the audience, not the best start for a gig.
People on the first row are also complaining that they can't hear his voice anyway things are getting smoothly quickly and the concert is getting more ambient as he's playing songs from Bauhaus.
He played a NIN cover "Hurt" (click for video).
Too bad he didn't performed the second encore that was planned on the setlist even though the dedicated fans kept asking for more.

Overall good show but they should have done proper sound checks before the show to avoid these little sound problems that annoyed everyone. 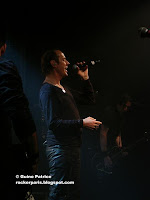 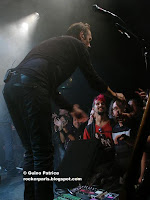