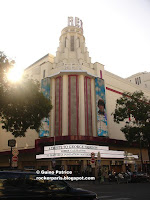 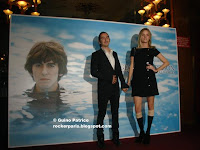 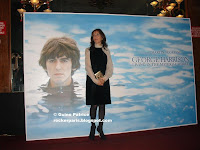 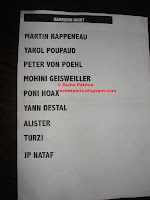 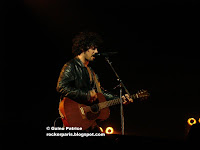 First we have each band or French artist performing one George Harrison song, most of them are average or very bad ( Poni Hoax completely off key) except for JP Nataf who's playing a great version of "Give me Love" which is probably my favorite George Harrison solo song.
I'm being a bit hard: Mohini, Yann, Yarol & Turzi did good version of their song. 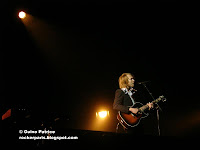 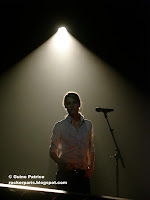 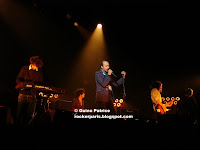 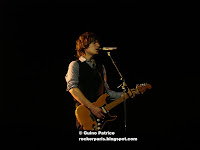 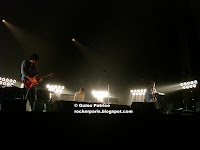 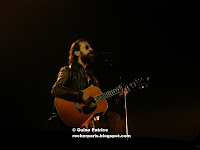 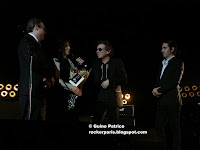 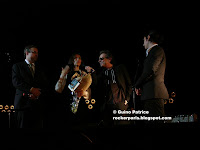 Then we have Olivia Harrison, Dhani and the editor of the movie on stage interviewed by none other than Philippe Manoeuvre, with his trademark shades, the editor in chief of French rock mag Rock & Folk.
That was the interesting moment of the evening and also... the funny part.
He has his own special way of speaking English, so we all had a good laugh.
A video of the interview should be coming soon on this site. 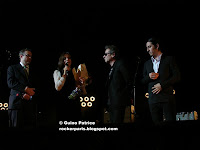 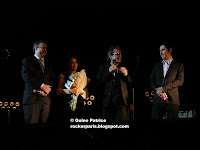 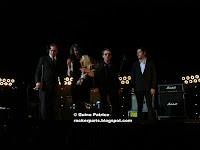 Last part but the most important, the one we're all here for: The screening of the Martin Scorsese movie on George Harrison, played in two parts as the doc is 3h30 long.

Very interesting documentary, there are some footage that I've never seen (Live songs from the 1974 American Tour) a couple of interviews from American tv...
There are some long parts too which are less interesting.
Good documentary overall but don't know if it's really worth getting it on dvd, not the kind of thing that you will watch everyday like a concert.

I've seen the book it's really fantastic, this one is really worth buying.