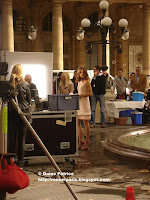 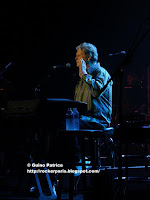 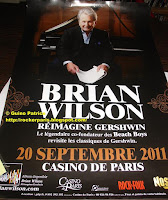 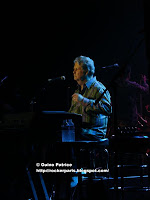 Brian Wilson is back in Paris after playing Le Grand Rex in 2007, I can' t believe it's already 4 years.
This time he's playing Gershwin songs from his recent album.
Almost the Same band as for the last 10 years ( new drummer and bass player and the beautiful Taylor Mills is missing ) more than 10 musicians on stage with some extra French musicians including a sexy girl on cello.
Needless to tell you that these guys are playing perfectly specially the vocal harmonies which are faultless. 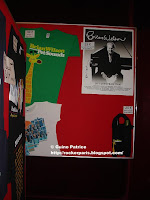 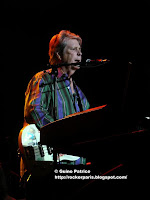 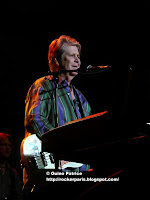 Brian Wilson in center stage seating behind a keyboard that he will rarely play and reading his lyrics on the screen, i'm also pretty sure that his intros and chat between songs are also written down.
Brian still has a good voice even though he's not singing the high harmonies and leaves it to Jeffrey or Darian who are both singing lead vocals on a song each.

Ist part of the show is The Gershwin album from the first song to the last.
This part is pretty average, songs are played Brain Wilson style not for the best, there's something lacking. It's not swinging as it should be.

The second part is a Beach Boys best of... and it's rocking even if the audience is still comfortably seating down.
The musicians have to ask them to stand up and dance...finally !
Funny to see Brian, he sometimes looks like a big bear lost in the middle of all this but he always has been acting funny at all the shows we've been to these last few years, probably 15 in all, most of them at the Royal Festival Hall in London. 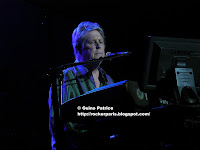 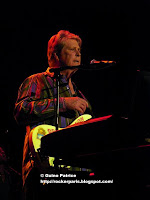 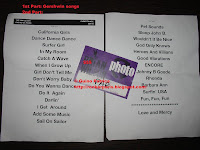 Sorry no video for this show, the security was a pain in the ass.
We've found one here's "Surfin' USA":