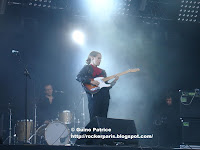 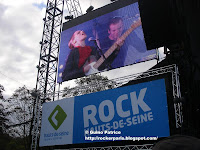 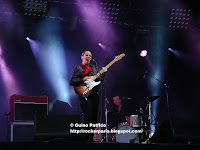 I don't khow how she's doing , it's probably her 7th show in Paris this year (she played @ L'Album de la Semaine in January 2011 @ Nouveau Casino in Feb 2011, @ Trianon in April, that show was broadcasted live on arte tv, @ Fnac Montparnasse on June 15 for a free show, @ Black session radio show on France Inter two days later and she opened for Grinderman @ Cité de la Musique in October 2010. And we probably missed one or two of her shows. 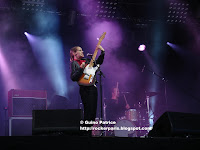 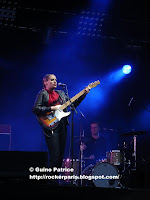 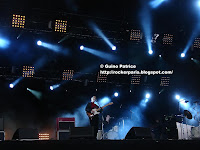 She only has one album out so she's playing the same songs again but always with a charming smile and perfectly. Even if we saw her a few times over here in Paris her show is still as enjoyable as the first time. Technically it's perfect , her guitar playing and voice is just perfect.
As usual the audience is very dedicated, you could hear a pin drop.
Great performance. 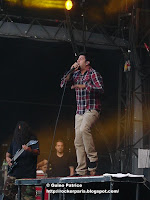 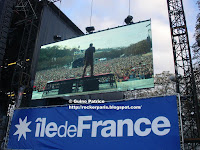 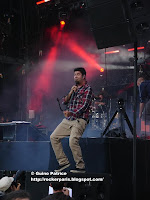 We thought that it would be the end of the festival for us but we decided to check Deftones before going home. Good point , I remember them from 15 years ago and I wasn't impressed.
It's not as heavy as i thought they were, it's very ambiant aprt formt he last two songs that were much more heavy.
Chino, the singer is still funny to watch running that stage from one side to the other and getting down in the photographer's pit to sing in front of the fans.
Very good show. 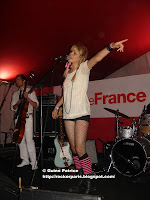 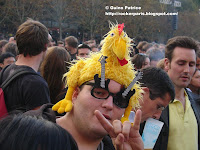 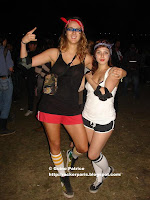 Now we have nothing to do, we heard music coming out from a marquee and Nadéah was doing a showcase there, too bad we get there as she was playing her last song (pics above far left). 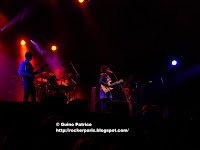 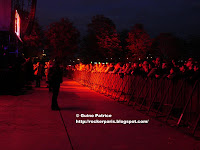 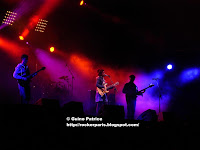 We had a walk on the site to see what was going on, we stopped by the second stage for a few minutes for Nneka : easy listening reggae music, just boring.
Trentemoller were playing on the 4th stage: We stayed a couple of minutes , horrible electro music. 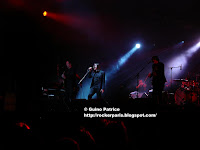 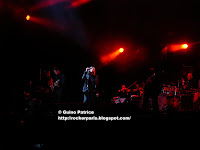 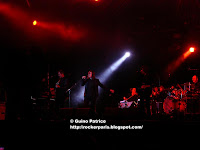 Archive on the main stage with an orchestra, we just stayed two songs, a bit boring. 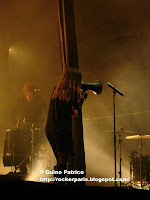 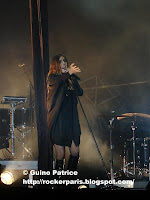 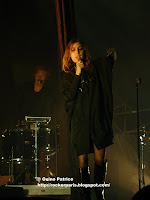 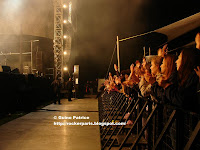