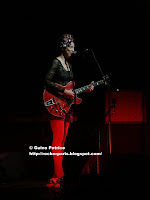 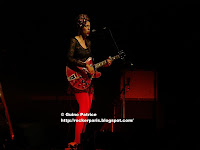 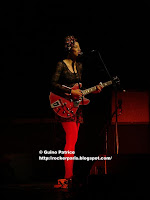 Back @ Casino de Paris for the second show by legends America.
Yesterday was sold-out, it's not tonight but pretty close as it's packed once again, impossible to find an empty seat at least downstairs, we didn't go upstairs at the balcony.

Madjo is opening once again , alone on acoustic guitar for a few pop-soul songs.
The audience welcomed her politely. 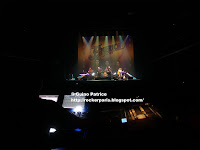 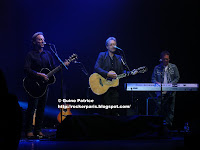 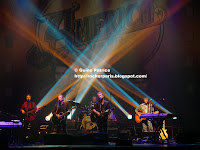 America is an American band so they are very professional which means that they are playing exactly the same setlist as yesterday (click for review with Pics & video) even the chit-chat betweens songs is the same.

They are playing ALL THE HITS, It's the 40th Anniversary of the first album so they're playing a few songs from this album in a row in the first part of the show. 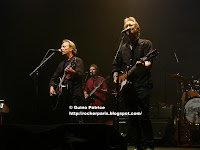 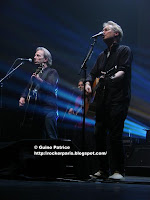 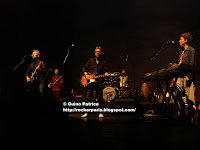 No need to tell you it's once again a GREAT show !
You can't be wrong with all those great songs.

America may be wellknown for being a Folk band ( they have some folk tunes in their repertoire) but they also have some rockier songs with cool electric guitar soli.
The mix of both is going down perfectly. 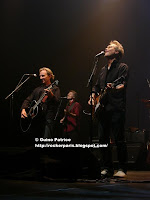 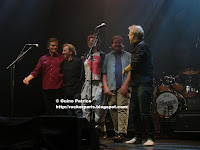 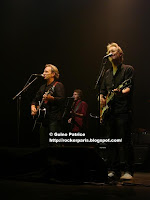 Madjo is back on stage for some backing vocals on the first Encore with their most famous song "A Horse with no Name". 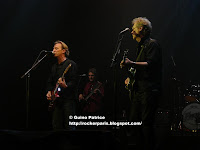 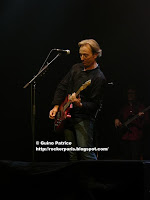 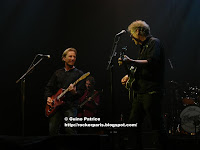 As it's the last show on the European Tour they're back on stage one more time and they are playing an unrealeased song "Dream Come True" (here on video). 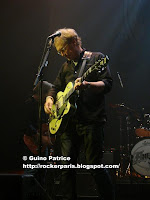 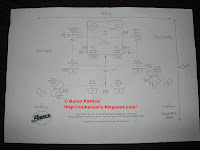 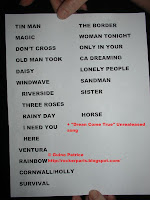