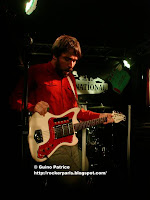 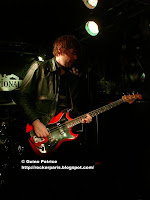 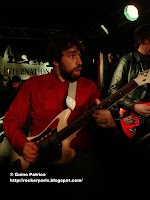 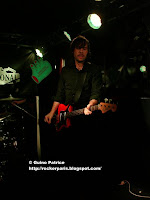 Well... we've changed our plans tonight, instead of going to the other side of Paris @ Casino de Paris to see Maroon 5 we've decided to go to Peter Bjorn & John @ L'International.
In fact we already saw Maroon 5 a couple of times, last time being @ Westin Hotel for a private gig on Sept 14 and we've never seen Peter & Co. 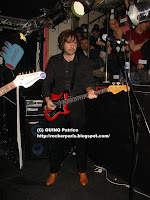 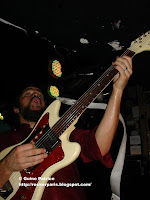 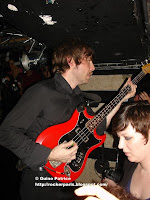 We thought it would be a relax night as it is at the International club.
Wrong ! These Swedish are wellknown so the place is rammed and it's a free gig as usual in this club , we've never seen so many people there.
Hard to get to the front, some arrived at 7:00pm to be front row.
It's hot as hell but the atmosphere is relax, lots, I mean lots of swedish girls. 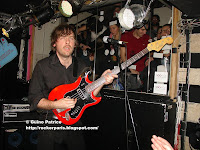 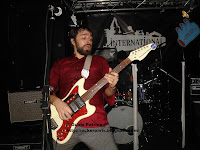 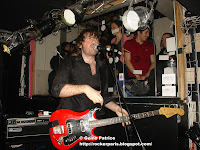 They started the show at 10:00pm, aren't they playing folk ? Niet
We had a powerful pop-rock set for 60 min, the guitar player is jumping up & down and handbanging as if he was playing in QOTSA. The bass player is more cool asking people to calm down as the pit is getting ugly but we are tough mother-fuckers at ROCKERPARIS and we survived to Metallica @ Boule Noire or Sepultura gigs down the front so we know what it is to fight for our lives on the front row.
Luckily some security guys are here to calm things down.
The band is playing a few new songs from the new record to be out next month including the brand new single "Second Chance" here on video.
Nice 60 min set.
They will be playing the Point Ephémere on April 9