Updated Feb 15 : Most of the show has been recorded by someone and is available on this YOUTUBE CHANNEL maybe minus one song !
Contact : irockinparis((@))yahoo((dot))fr
PJ Harvey @ Maroquinerie
Paris, Feb 14 2011 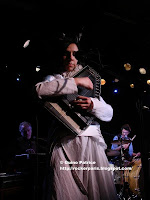 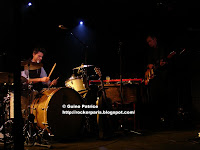 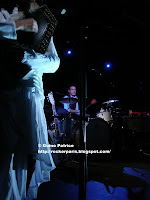 First show on the Tour to promote her brand new album "Let England Shake" that came out this morning in France.
It's a World Premiere as it's the first show and a private gig @ the tiny 400 capacity club La Maroquinerie.
They did the rehearsals yesterday I've been told ( They probably did some more this afternoon).
Lots of guests ( including English actress Helen Mirren) and a few competition winners.
As the show is broadcasted live on Arte TV there are a few cameras on each side of the stage and at the back of the venue, it's also broadcasted live on Deezer. 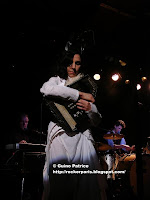 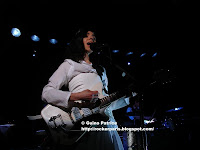 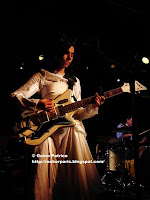 As you're getting in , they are giving you a wristband for the aftershow party ( it looks like everybody has one).
Polly is getting on the stage @ 9:15pm , there's a very relax atmosphere in this club, there was a few people outside without ticket, I guess (hope) they let them in as there is some empty space in the pit, it's far from being packed.
Conditions are perfect as we're first row on the left , which is the good option as PJ is standing on the left of the stage for the whole gig, just in front of us. 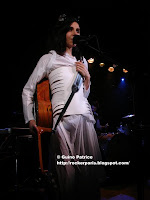 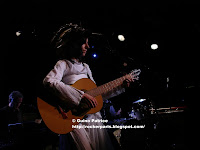 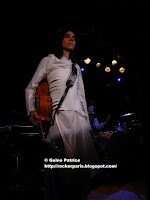 As you can see on the setlist ( scroll down for detailed setlist) she played the whole new album in different order.
Nice lightshow and the sound is perfect.
She played several instruments, auto-harp (see pic) + acoustic & electric guitars.
Songs are very quiet and everyone is listening religiously for the whole set.
Her high voice is crystal clear. 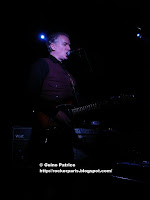 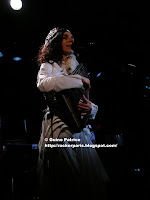 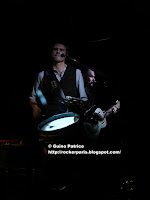 She's very concentrated for the whole set and didn't communicate at all apart from a couple of words at the Encore, she felt more relax then. Remember it was live on tv . 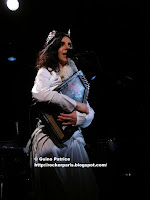 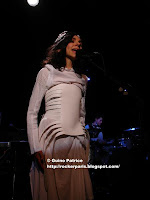 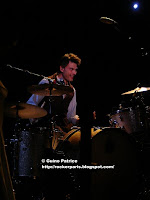 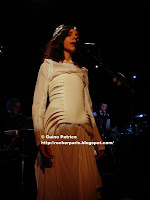 Four songs for the Encore including "Down by the river" (here on video) which had the best ovation for the night. [ Yeah I know it's NOT a video from the new album, I was a bit surprised that the show ended so quickly, I shouldn't have the setlist was in front of me, anyway it's better than nothing and the show was live on the internet so...]
Short set : 70 min 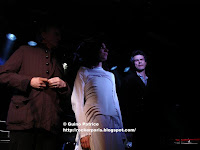 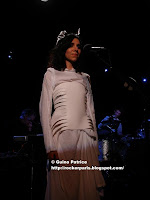 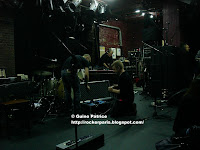 We felt very lucky to be there ( Thanks again to Patrice for sorting out tickets) for this Premiere of " Let England shake".
Conditions at the Olympia for her two sold out shows on Feb 24 & 25th will certainely not be as perfect as tonight. 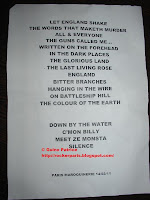 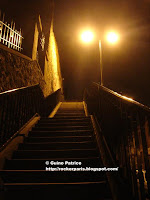 setlist & Highway to Heaven with Polly.

Here's the OFFICIAL re-run of the show on Arte TV ( only 6 songs ):
Cool aftershow party at the bar of the maroquinerie with free drinks and a few canapés, Polly wasn't there but we spotted Dame Helen Mirren.