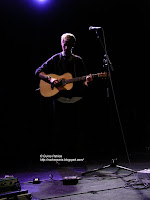 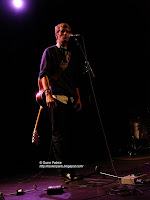 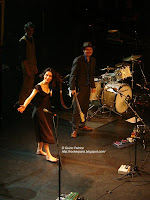 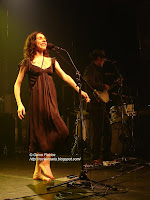 Folk- Country american artist Tom Brosseau opened the show on acoustic guitar. He did well even tough people in the back didn' t seem interested.

With Polly-Jean from tour to tour everything is different , last time she was alone on piano and different other instruments & before that she was rocking hard on guitars with her band.

For this tour she has a companion: John Parish and she's only singing.
The whole band is dressed smartly and PJ has a nice black dress.
As I Haven't heard the record yet I can't really tell you what they've played ( see setlist below ).
The audience is listening religiously to their indie rock ; some cool songs, a few heavy ones.
PJ is the main attraction tonight and John seemed to be only a member of the band.
He sang only once ( PJ doing backing ).
Really nice gig , see ya tomorrow 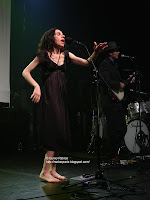 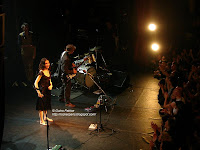 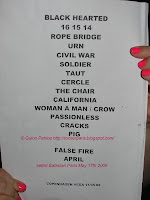