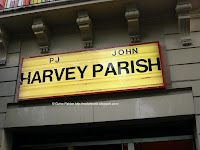 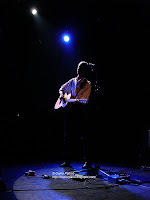 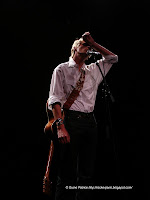 Hey Boys , It's hard to make a living in Paris these days ! 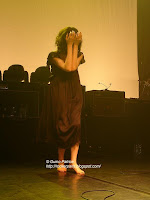 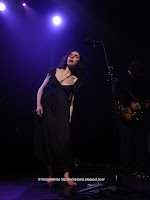 Once again American artist Tom Brusseau opened the show on his own , oh Boy he was alone! Like yesterday many people in the back were talking as he was playing his sweet folk country music.
He thanked the audience a couple of times for listening to him.
The guy has a good sens of humour.
He has the voice of an angel à la Jeff buckley , frenchies only showed him support when he ended one of his songs a cappela.
Fine job in difficult conditions. 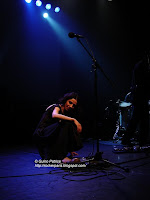 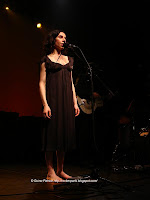 Well , What can I say about this gig ?
They played songs from their 2 records ( setlist below ) , she was wearing the same black dress as yesterday , the band wore the same black suits like a country band would do.
I noticed that John changed his horrible brown colour shoes from yesterday to some black ones. 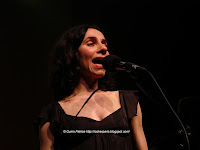 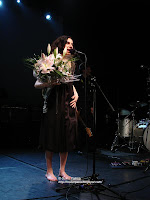 Polly was in fine form , her voice was crystal clear , dancing barefoot ( remember someone ? ).
John was discreet playing guitar , banjo , ukulele ... only singing lead on one song at the end. 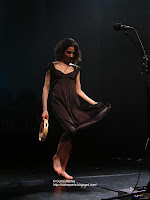 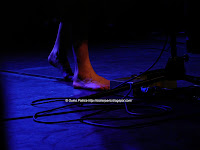 The music went from very quiet songs to nice indie rock spat out lyrics.
They could have changed a couple of things as we had the same songs as yesterday in the same order for a too short 90 min show. 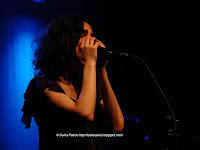 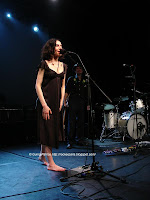 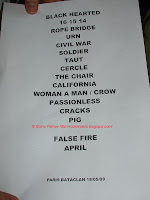