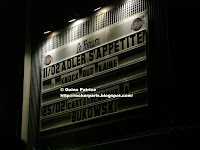 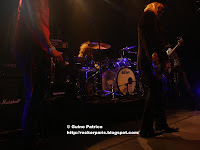 At last Steven Adler is finally playing in France. Ist time ever as Guns N Roses never played with him over here.
At the time they were supposed to open for Motley Crue @ Zénith in Paris but the whole tour was cancelled because some of the members of the Crue ODed.
Steven Adler also cancelled a show in Paris a couple of years ago @ Locomotive club. 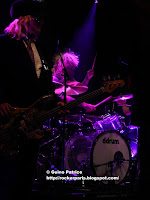 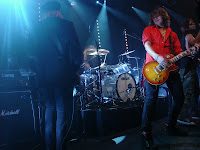 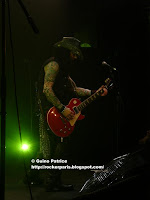 This time it's on and he is playing with Adlers' Appetite unfortunately it's in shit-hole city Vauréal , 25 km from Paris, 35 min+ ride with the train.
Doors are opening very late @ 8:30pm.
We have to endure support band Knock Out Kaine, the music's not too bad but all the clichés of hard rock in just one band : ridiculous. 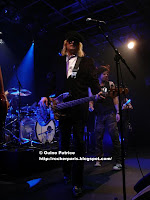 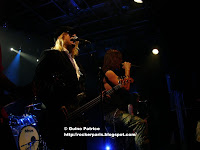 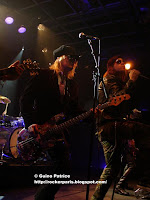 Adler's Appetite is on stage @ 10:15pm
Can't tell you who's playing in the band apart from Chip Znuff on bass from Enuff Z Nuff fame.They've done a few very good records back in the late 80's early 90's.
Though it's not sold out the place is packed with an all age audience including lots of young people who couldn't possibly have seen the "real" Guns N Roses in 92-93.
It's also our first time with Steven Adler.
Nice start with "It's so easy", the band will play most of classic album "Appetite for Destruction" plus a few of their own songs ( see complete & corrected setlist below).
Steven Adler is on top form, these guy is the coolest drummer ever and i'm sure that if he wasn't involved with some substances at some point he could have had a greater career by joining some major rock band.
Chip Z Nuff is also playing it cool on the bass ( and backing vocals), the singer is doing his best but it is hard to fill Axl's shoes. Many people are saying that Axl sucks but you can notice how Axl is a FAN-TAS-TIC singer when other guys are singing his songs. They can't compete and Myles Kennedy (from SLASH's band) would not argue.
On guitars we have one wannabe Slash (on the left) and one wannabe DJ Ashba (on the right) with hat, tattoos and cigarette maybe they should concentrate on their guitar playing instead of posing. 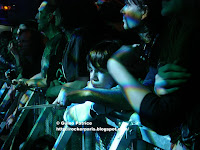 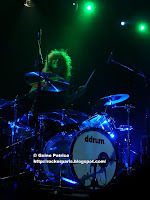 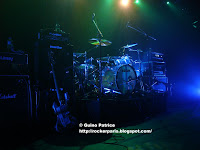 There's a great atmosphere, the pit is hot, there are a few sexy girls down the front.
Steven is smiling all the time, having a lot of fun and doing the show without missing a beat, giving away dozens of drum sticks to the front rows. At the end of the 95min show it looks like everybody will go home with a drum stick in his hands.
We had a very good time.

It's past 11:50pm, the show has just ended and some people are wondering how the fuck they're gonna get home back to Paris.The last train is @ 12:05 and it's a 25 min walk to the train station, of course there are no buses after 10pm in this shit-hole of Vauréal.
We met some friends there so they drove us back but what about the others ?
I mean... WHAT THE FUCK ? don't they have any consideration for the poor bugger without a car. Why did they opened the doors so late knowing from the start that the show will end just before midnight. 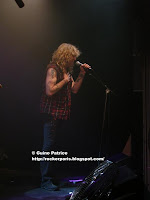 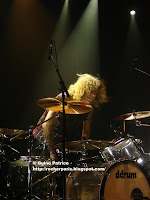 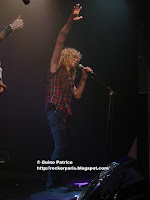 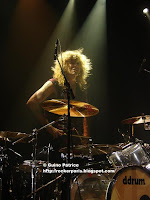 Steven Adler as cool as ever 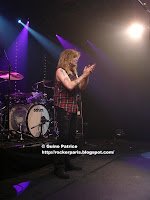 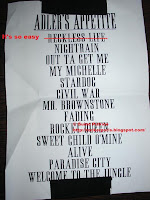 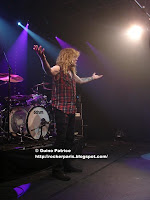 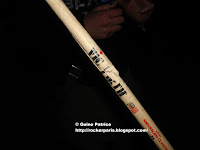