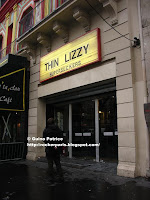 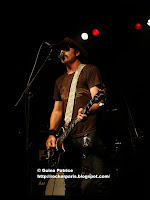 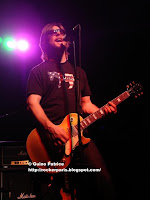 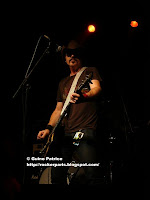 The Boys are back in town with a "strange" line-up : from original band we have Scott Gorham on guitar, Brian Downey on drums & Darren Wharton on keys.
Plus Ricky Warwick on vocals & guitar from The Almighty, Marco Mendoza still on bass duties and Vivian Campbell from Def Leppard on guitar.

Opening band is Supersuckers for some fast & sleazy heavy Rock 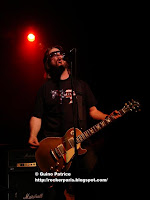 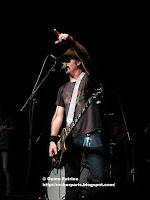 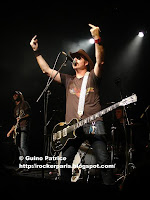 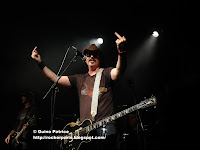 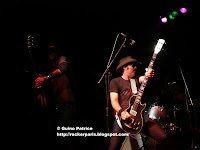 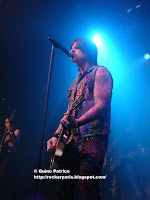 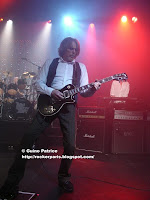 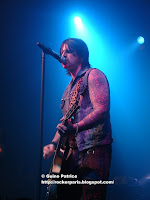 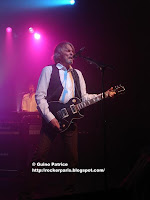 Full house tonight even though it's not sold-out, hard to find anyone under 30 years old tonight (and maybe 40).
Hard to believe it's the first Thin Lizzy gig in Paris since 1984 or 1985, at the time Phil Lynott was alive and they were touring for "Thunder & Lightning".
Can't really say that it's Thin Lizzy without Phil but we saw the reformed Thin Lizzy a few years ago @ London's Hammersmith Appolo and @ Shepherd's Bush Empire with John Sykes and they were GREAT . 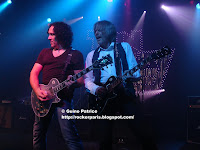 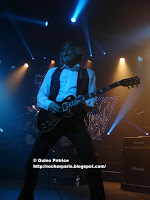 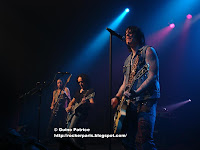 Ricky Warwick taking vocal duties is not an obvious choice but we have to say he did a fantastic job, maybe he should shave that silly moustache.

Vivian Campbell is a great guitar player ( remember DIO) and for the first time in many many years he's playing lead guitar, he's not allowed to do so in Def Leppard.
Now he's playing in a band that is challenging for him.

The sound is Perfect and they have a good lightning with the famous Thin Lizzy logo in the back. 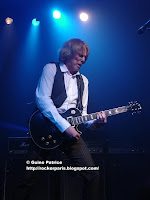 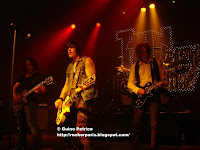 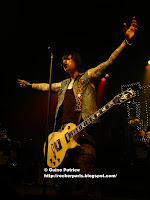 The setlist is amazing Thin Lizzy have so many great songs, they opened the set with "Are You ready" and then it was a Best Of setlist. 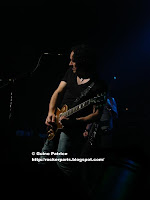 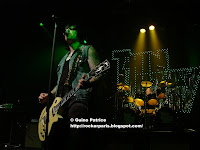 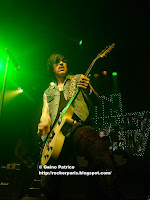 They've played songs from the whole catalogue of Thin Lizzy but John Sykes', funny to see that since he left ( or was given the sack) they don't play any songs from "Thunder & Lightning" or maybe was it just for this gig (?!?). 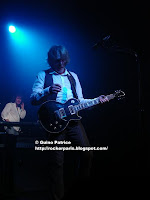 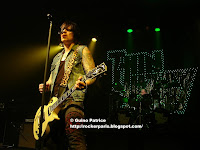 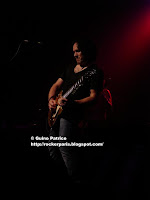 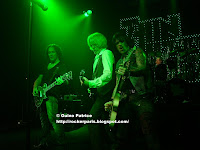 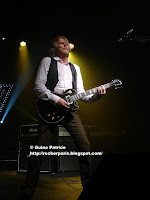 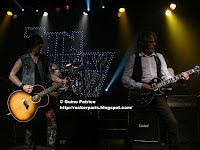 " Do anything you want to" + "Don't believe a word": (courtesy of Motley Mime) 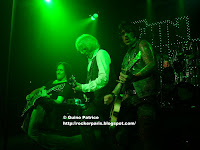