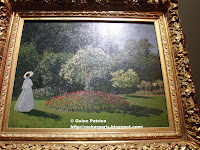 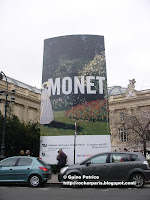 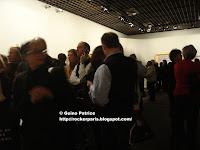 Paintings are behind this crowd (right Pic)

Last ten days before the end of the Monet Exhibition @ Grand Palais. It's a fantastic success with hundreds of thousands of people since the opening, 3 months ago on Sept 22 2010. 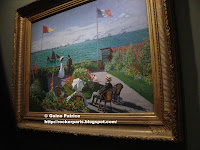 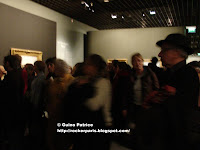 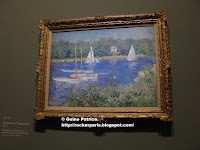 We already booked our tickets in advance but as we're in France it's not really well organised even though they're trying their best so we had to wait 20 min before getting into the exhibition. We were lucky because people without tickets are queuing for more than 4 hours.

Once we're in there it's like being @ Harrods on the first day of the sale. A fucking mess.
Impossible to get near the paintings with hundreds of old people pushing you and commenting very aspect of his painting which is really a pain in the ass.
So get the audio comment so you won't have to hear them.

If it wasn't so crowdy the exhibition would be fantastic , there are dozens and dozens of paintings over two levels representing all his carreer as a painter with different "styles" and many different locations ( Normandy, Paris , London , Argenteuil, Bougival...). Some more interesting than others.Some you like some you don't but...
It's impossible to judge the work on each painting as long as you don't have it in front of you, it's really incredible on many of them. 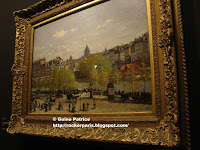 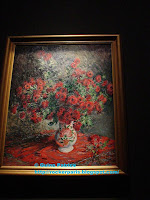 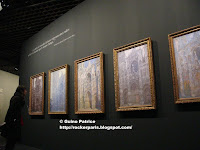 One of my favorite ( left)

I'm sure he would be proud to be so popular but I really don't think he would agree with the conditions his paintings are seen as it's well over crowded.
It looks like the guy in charge of this mess has decided to make lots of money on his back.
Don't know if there will be visits during the night ( The already did it for another exhibition) but I urge you to choose that option even at 2:00 AM.
At least you won't get any old geezers. 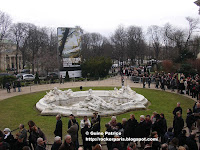 See ya on saturday for the Jean-Michel Basquiat exhibition, Can't wait to be trampled on again.
Publié par Angelo Misterioso à l'adresse 6:24:00 PM