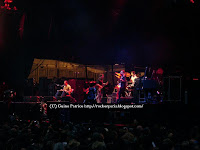 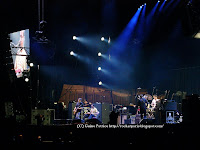 Lots of bands for this festival but we were only interested in Pearl Jam & Ben Harper so we came to the site very late.
We left the bar where we were staying after Germany score their third goal and headed to the festival site nearby.
It's in the middle of an old Military base (XVIIIE Century) right in the middle of the city of Arras north of Paris.
We catched the end of the French singer -M- set: Boring, boring & boring.

Ben Harper & R7 were next on the main stage, of course there is NO gold circle down the front so we have to stay in the back, luckily there are small stalls on the right.
Their set started unusually very slowly with only Ben on the acoustic guitar for a long instrumental then he played a song on his own before the band came on stage and really rock with songs from his latest album.
Many songs were streched out with Drums , bass or guitar soli. He played two new songs & for the cover of " Under Pressure" Eddie Vedder form Pearl Jam guested on vocals.
We also had two more covers a fantastic version of Led Zeppelin's "Heartbraker" with extended soli.
Ben & R7 ended his hour set with a nice rendition of Hendrix's "Red House".
Very good but unusual set by Ben & R7 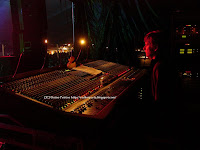 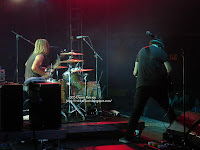 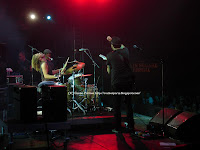 Then we went briefly to see Taylor Hawkins from the Foo Fighters with his new band TH & The Coattail Riders on the second stage, I've been told his record is great, his set was very entertaining, this guy is a great drummer. 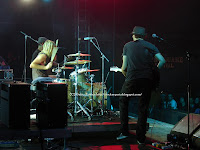 As soon as his set ended the intro to Pearl Jam could be heard so we rushed to the main stage for the band we came for. Patrice ran to the front in the pit to take some Pictures.
Fucking Hell ! the stage was so high it was nearly impossible to take a decent Picture.
From where he was he told us he could only see their heads & shoulders but he has very long arms so here they are: 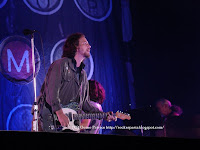 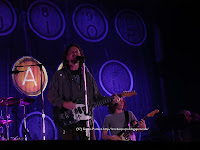 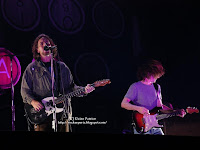 Pearl Jam is one of our favorite band, they never play the same set twice, so we're glad to be here as it's their only show in france this year ( the'ye playing a few fest in europe this summer including Werchter this sunday night) 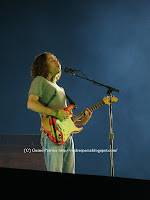 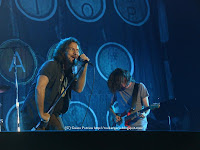 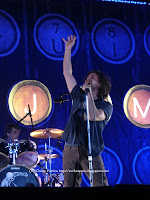 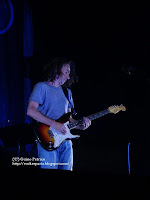 SETLIST:
Unthought Known, Got Some, Given To Fly, State Of Love And Trust, Corduroy, Even Flow, Just Breathe, Of The Earth, Small Town, Porch 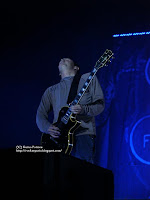 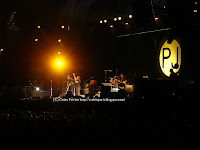 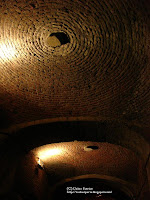 In other news:
Prince is rehearsing near Paris this week( Can't tell you where exactly or "they" will cut my head off) for his next shows.
There are rumours of a possible show in Paris mid-july).
Publié par Angelo Misterioso à l'adresse 12:16:00 AM