The Beach Boys to reform in 2011 for 50th anniversary show

According to Al Jardine, the Beach Boys are going to reunite for at least one concert next year to celebrate the group's 50th anniversary.
The lineup will include himself, Brian Wilson, Mike Love, Bruce Johnston and possibly even early guitarist David Marks.
"We’re definitely doing at least one show"
A source close to Mike Love says there have been discussions for a reunion concert, but nothing is set.
For the past decade, Love, Wilson and Jardine have toured separately — often communicating only through their attorneys.
Jardine says that the relations between the three camps have improved dramatically in the past few years.
From Rolling Stone 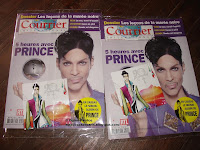