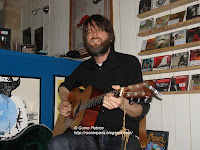 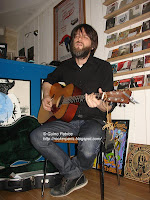 Luther Russell is still in Paris with his friend Patrick Bower.
They were both playing yesterday night at Pop'In.
For this early show @ 6:00PM Luther Russell is on his own on the acoustic guitar.
We don't need to tell you that we like him as it's the third time we've been to his shows this week.(scroll down for reviews & videos).
Really cool 30min+ set, it's not folk more rock songs played acoustically with a very good blues one closing the set HERE on video:

Then we went to the nearby Grand Rex to see American AOR band Foreigner, it's also an early show as they're supposed to be on stage @ 8:00PM
Publié par Angelo Misterioso à l'adresse 11:37:00 PM