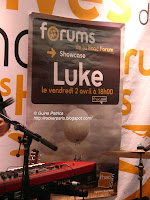 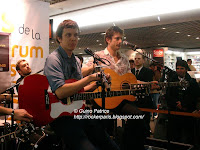 French rock band LUKE is doing a showcase to promote their new album in the middle of the cd racks of the Fnac store in Chatelet.
Usually @ ROCKERPARIS we do NOT attend any French rock band gigs as they suck so bad, it's even worse when these rockin' froggies are singing in French.
Would you care for a rock band singing in Spanish or Italian ?
There's only one band that rocks and they're singing in French that's LUKE.
The songs are just well written including the lyrics. 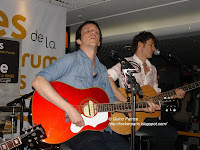 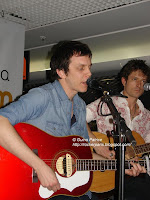 Short semi-acoustic 7 songs set, "kids" are here in force, they know all the lyrics.
They have the talent to write very good songs with nice hooks.
Check them out they are worth it. 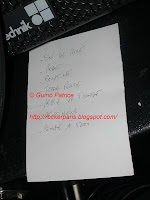