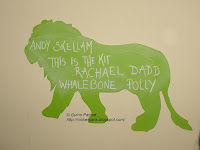 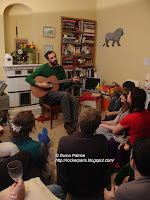 Saturday, late afternoon , near the Eiffel Tower in Paris, France is like beeing fly to Bristol, England in the middle of the forest surrounded by goblins.
Special session with English folk artists. 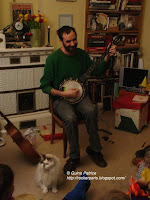 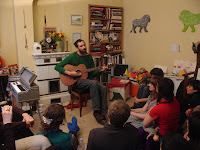 First to play @ Oliver's is Andy Skellam for a few songs before he catches his flight back to his hometown of Bristol. very "roots" à la Bert Jansch.
We were lucky to get 5-6 songs as yesterday @ Espace B he didn't "feel" it at all and stopped his show after only 2 songs. 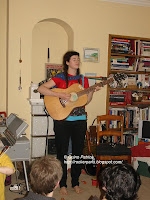 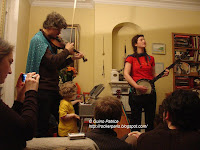 Next to play is This is the Kit feat. Kate Stabbles & Jessie D Vernon ( who's also playing in Morningstar ). Ever more roots than Andy with Banjo & Fiddle.
Very relax and "hippie" atmosphere @ Oliver's. We're talking about real hippies here NOT "bourgeois Boheme" with their iPhone in the backpocket of their Armani jeans. 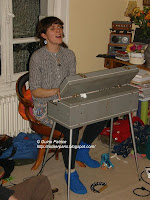 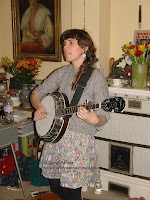 Then it's Rachael Dadd, same kind of folk music , very "roots" with banjo.
Later Rachael is inviting Kate to play a couple of songs ( under the Name Whalebone Polly) then Jessie is joining in for the last song. 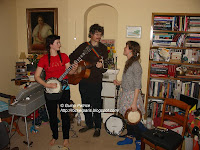 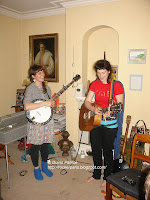 As you can see it's colourfull, this session is once again a success with lots of new faces, too bad we didn'nt take any group pic after all these artists played.
Oliver's appartment is packed, the wine is flowing so is the veggie food ( only veggie food with these folkies ! ). 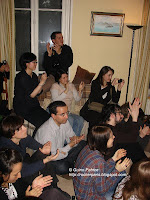 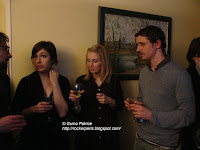 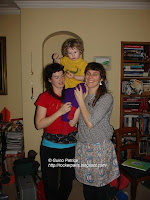 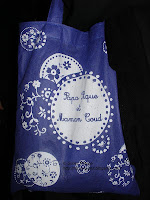