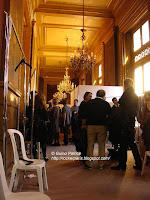 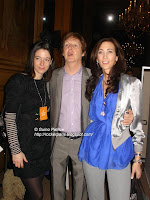 Backstage Paul with his daughter and girlfriend.

Difficult to get up in the morning even for Stella McCartney's Autumn-Winter fashion Collection in the beautiful Opéra Garnier.
No pics of models as Patrice missed the show , he was just on time to get a coffee backstage and take a few snaps of Paul. 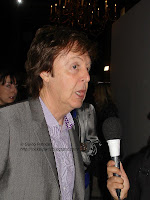 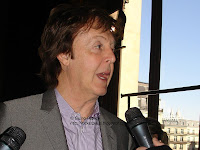 I've been told Paul McCartney arrived yesterday night by Eurostar.
After the show he stayed a bit to talk to a few people answer a couple of interviws before making a quick exit by the side door. 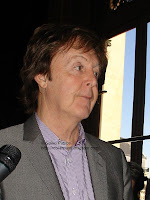 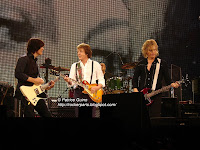 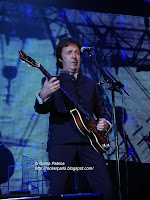