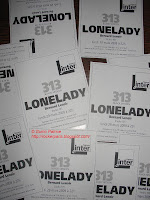 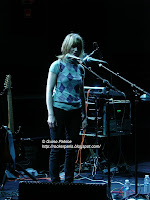 First is unannounced Raymonde Howard playing for 25 min+.
She's singing , playing guitar and making live home-made loops with the guitar, there is also a drummer.
Not very attractive, sounds like she's playing the same song over and over.
Don't ask the famous Oliver Peel sitting next to me , he started sleeping , Zzzzzzzzzzzz ! 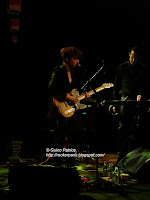 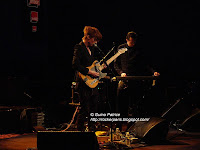 Then there is Lonelady, I've heard the album this week-end and i wasn't convinced at all but sometimes after seeing a band LIVE you changed your mind.
Not this time.
There's a keyboard player ( playing silly melodies with two fingers ) and a drummer (playing the same rythm over and over), The girl is on guitar and vocals.
She has a nice voice but she's not communicating at all with the audience as she's looking constantly at what she's doing on her guitar.
The music is minimalist but boring, soooo boring.
I wanted to hang myself ! 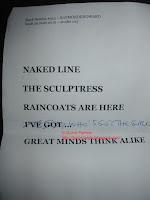 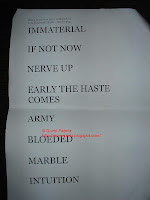