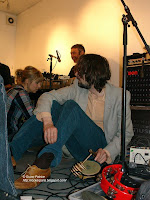 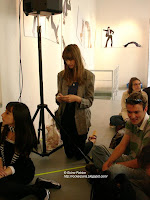 Many things happened today , I went there earlier than usual ( 12:30), the band was already jamming then they played a couple of songs twice .
Jarvis went out for a couple of interviews , so there was a break.
The band started jamming once again , then a girl came to play on keyboard for a long jam ( 13 min ).
Another guest was welcome to play acoustic guitar so we had another jam.
I spotted Erika forster from Au Revoir Simone in the audience ( see picture ) then Annie Hart ( from ARS ) who went to sit down the front as well.
Of course when Jarvis asked people who wanted to come on stage and play, they both raised their hands like 2 good schoolgirls knowing the right answer.
Just the time to set things up and Heather d' Angelo was joining the whole gang and all were ready to break the house down.
The jam lasted almost half an hour divided into 3 pieces. ( 2 of them are here on video , the first and the last ) 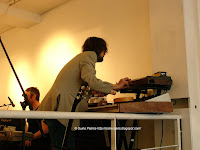 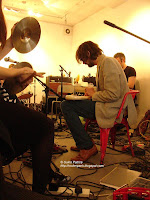 This guy can play anything 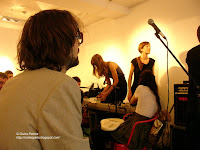 Come on Jarvis ! what are you looking at ? 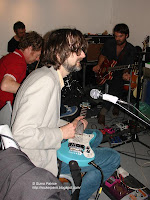 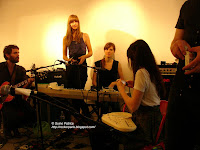 Things are getting ready 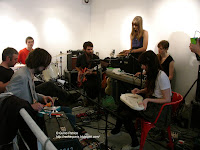 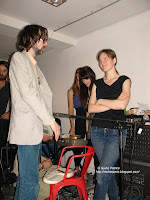 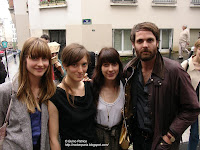 After this we needed a well deserved break, unfortunately it was started to rain to Jarvis told me that the concert outdoor was cancelled as " electricity doesn't mix well with rain ".
He did a photo session anyway with a photographer from the sunday times.
I took the time to chat with the girls from ARS , nice as usual.
[ Hi Girls;-) Have a nice journey in Bruxelles ] 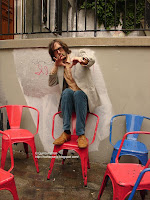 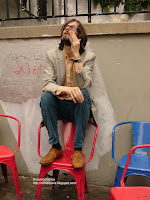 Jarvis is trying to stop the rain in his own way ( left )
Damn , it's not working or is it a pigeon shitting ?( right )

Jarvis & the band did another jam and then we had the gig everybody was waiting for , the place was packed .
7 songs : 1.Further Complications 2. Caucasian Blues 3. Leftovers 4. I Never Said I Was Deep 5. Hold Still 6. Slush 7. Angela ( thanks for the setlist to A short site About Divine comedy )

Great day , the best for the whole week.
Lots of rocking , a great surprise ( Au revoir Simone ) , a great gig and lots of beautiful girls ...
What more can I ask for ? 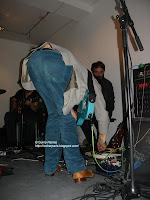 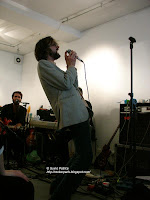