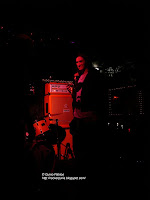 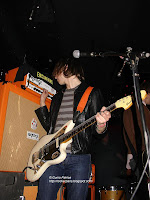 Late night show as the band didn't start before midnight ( so technically we were the 5th ).
The Baron is a very high profile trendy club in Paris as it only holds 200 people max.
As the band is walking on stage it's getting a bit busy but most of the people will come after the band is long gone around 1 pm.
Of course the place is packed with beautiful girls.
It's weird to see such a band in such an unusual place considering the music they're playing : a mix of 60's psyche and stoner influenced by Black sabbath.
They only played 5-6 songs for no more than half an hour but people enjoyed it a lot , sooo cool to headbang on stoner music in a trendy club.
Really cool set but way too short.
It seems that the guitarist is a good friend with Lizzie Jagger, who was there to support them.
Had a quick chat with the singer after the show who told me they already played La Cigale with the Ting Tings ( Inrocks Fest ) and the Fleche d' Or.
Don't miss them next time. 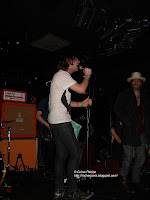 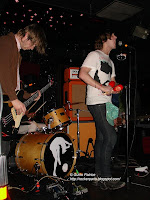 Some guests : Rachid Taha ( with the hat ) 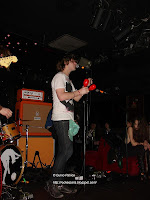 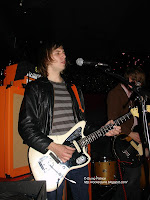 Elizabeth Jagger ( daughter of Mick ) sitting on the right

Here's a video ( sorry the lightning is shit ):