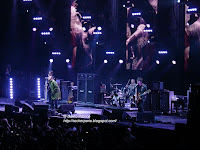 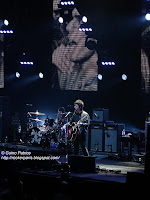 Sold-Out show in this 17 000 arena.
The gig started really well with 5 songs in a row , unfortunately the show was plagued with technical problems , the PA was not working . In fact we discover that the right speakers didn't work at all until they started working . Nice !
Then they gave up twice forcing the band to leave the stage for a couple of minutes. 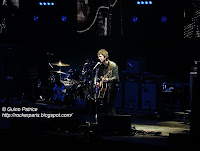 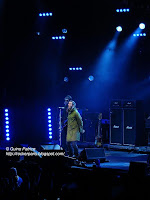 Anyway that was rock' n roll , that's when things are fucking up that it's funny.
Rock bands are so boring nowadays.
Liam is always acting like a wanker , throwing is mike to the ground several times but his voice was fine.
Noel was perfect all along the show.
Liam get a girl on stage for "Supersonic" ( see video below )
I've prefered this gig to the one they've done a few months ago at the tiny Bataclan in Paris. 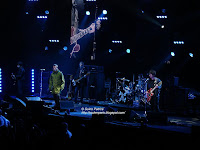 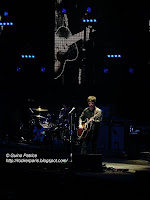 But nevertheless there's a huge gap between a band like AC/DC, which played 2 shows in Bercy last week, and OASIS.
They look and sound like a ballroom band compare to AC/DC. 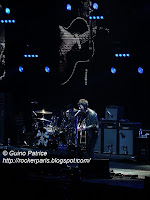 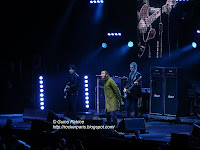 Enjoyable gig but it could have better.
We were lucky that it wasn't worse as often with Oasis 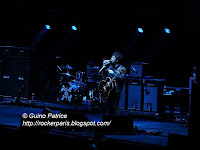 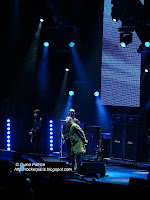 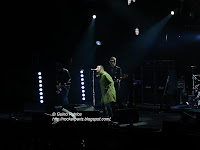 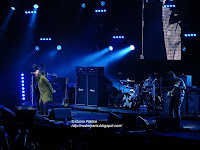