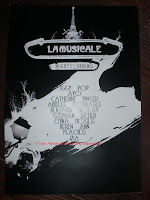 Second day of recording for this french TV show that will be broadcasted on Canal+ on April 27th.

Things went much more smoothly than yesterday , they didn't have to do 2 or 3 takes of the same song and instead of staying almost 2 hours we only stayed for an hour.
Guests were more interesting and the show was more rock. 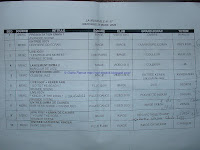 Same as yesterday as we had duets once again : 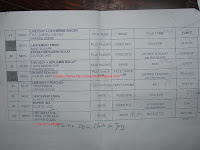 Great night and much more better than yesterday's recording.
One again Great job by Stéphane Saunier who organised everything.
This show is really one of a kind , seeing Iggy performing duets with all these artists and having the Primeur of hearing his new songs LIVE more than one month before it's out ( May 15th ) is a real privilege. 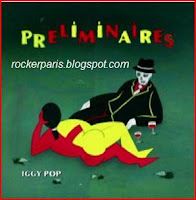 There was a press conference @ the Hotel Regina in Paris the day after and Iggy Pop confirmed that he will NOT tour for this record .
So this tv show will be the only time he performed these songs.
How lucky we were.
Publié par Angelo Misterioso à l'adresse 11:30:00 PM