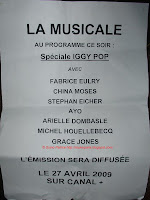 Iggy Pop has invited a few guests, the stage is like Paris in the 50's as his new album is influenced by French writer Michel Houellebecq.
Around 300 people in this studio some seating down the front as in a café others seating in stalls. 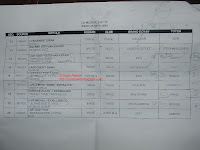 Setlist 1
All songs are duets ( except as noted ): 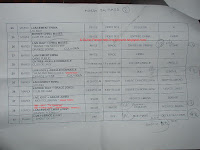