Late night set for Popa Chubby ,of course when you think that it's gonna be alright that's when it's ugly : The show is supposed to start at 11 PM and we're still waiting outside just before midnight AND after seeing him at the Album de la semaine a couple of days ago we were put on the guest list and that bitch ( probably from the record company ) did NOT.
Anyway Patrice Guino our lovely camera man could get us in very quickly... just in time , Popa was just getting on the tiny stage. 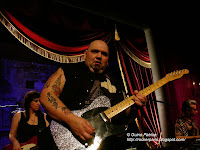 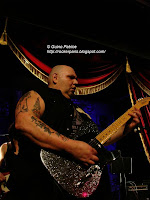 Popa played many songs from his new country cd ( see review from the Album de la semaine here , it will be broadcast in March on Canal+ ).
We were lucky to get a few guests tonight , first was JJ Milteau ( a great harmonica player ) for a couple of songs . Then a french guitar player ( ? ) and the one that everybody was waiting for ... Nono from french rock band Trust on two songs ( including a 10 min version of "Red House" ).
Last guest was Jean Michel Kadjan who did tour with The Yardbirds recently.
Very nice bluesy-country gig. 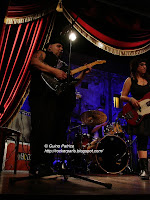 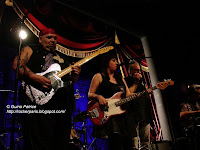 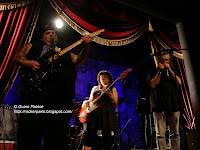 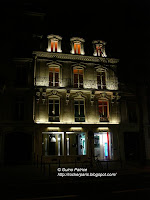 Nice building next to my home