The (International) Noise Conspiracy , Live @ the Maroquinerie Dec 16th 2008
Far from being full tonight ( many people went to see Gogol Bordello @ Bataclan ) , it's a shame . 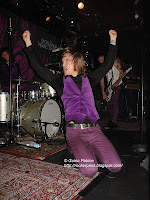 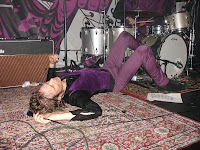 The singer's a real entertainer

I just saw the last song of the french heavy rock who was opening tonight , hard to judge in 3 min but they sounded promising . I'll try to find out who they were. 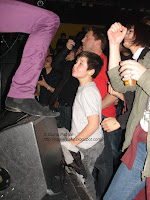 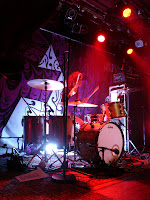 First time i was seeing The ( International ) Noise Conspiracy Live and i wasn't disappointed , i like their kick ass rock ' n roll. They' re 60's influenced , with a keyboard ( organ ) to nice effects even though i couldn't really hear it as i was standing in front of the guitar player.
These guys have to jump around all the time and are giving it all on stage.
A nice change after seeing all those indie english bands who are looking at their shoes while playing.
These guys FUCKING ROCK !!! No time to breath for 90 min.
Very good show. 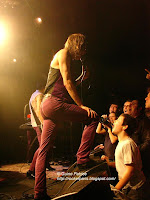 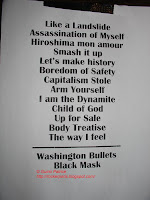