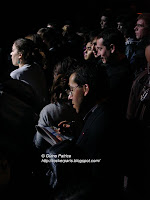 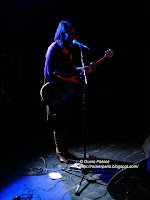 Laetitia Sheriff opened the show tonight on her own with a guitar to play a " minimalist" dark pop-rock-folk.
Strange how all these french girls are playing that kind of music . Last time i was at the Trabendo another french girl ( Marie - Flore )opened for Isobell Campbell & Mark Lanegan, playing a similar music. They're young and beautiful and living in Paris there should be a " Joie de vivre " in their music but no that's the opposite , they look ( or sound ) like they wanna commit suicide. Doesn't mean it wasn't good but where's the " Joie de vivre " ?
Difficult to open for a Punk band but she did very good ( well she wasn't booed off stage ) even tough her music is too " minimalist" for me.
People welcomed her nicely.
Here's a video here :
http://fr.youtube.com/watch?v=Yg8ulhYg1wc 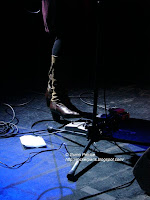 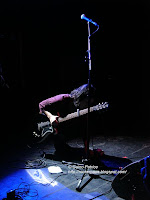 These boots are made for playing ... 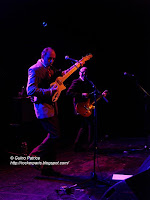 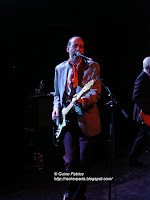 First concert in Paris for Carbon/Silicon, far from being full here tonight and many people are on the guest list ( including myself i have to admit )Shame it's not sold out when a Clash is in town but i've heard their new cd and i can't really say that I liked it , Songs are lame .
Had my fear about the show.
They were both in Paris last month to promote the album and these guys are really nice and funny so at least i was expecting some funny moments.
Some songs might be a bit too long but live they sound good , Mick Jones is a character always ready for a laugh. the band seem very happy to be with us and the audience seem very happy to be with them.
Nice 80 min of rock' n roll in a very relax atmosphere they both entered the stage with a bottle in hand. Tony James told us that the last time he played in Paris was 20 years ago at the famous Gibus Club with Johnny Thunders.
They don't really look like punks anymore , these days are long gone, but more like Dandies ( for Mick ) or Bankers ( for Tony ).
Sad they only played songs from their cds maybe a couple of covers ( not necessarilly Clash's ) could have been nice.
Mick picked someone up from the audience to come and sing with him for the last song ( another lad sneaked in too )
Enjoyable evening. 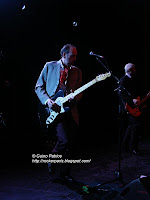 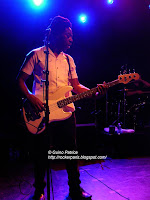 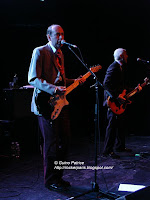 Mick and Tony went to meet the audience after the show and signed many autographs to fans , they were nice and chatty to everyone and pose for pictures . 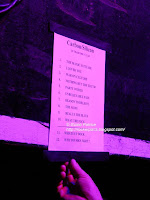 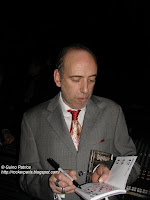