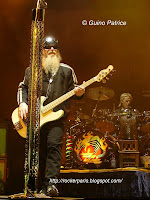 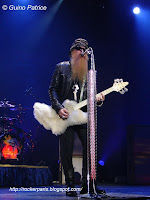 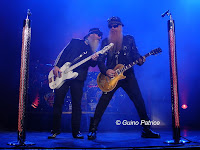 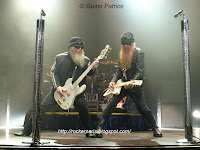 So many people are playing in Paris this June. after Kiss and Iron Maiden another Classic Rock act is in town : ZZ TOPTickets are once again very expensive ( 55 to 80 euros )but the zénith is quiet full.
Can't remember last time i saw them , They haven't been in Paris for a while , their popularity after a couple of average records went downhill here . They haven't released any cd for a few years but who wants to hear any new material . Tonight they're gonna give what people want : Classic songs. So Rock on Baby !!! 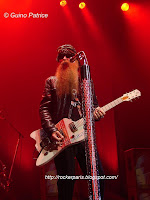 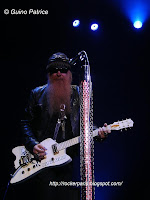 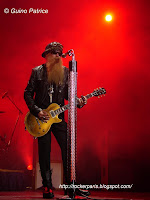 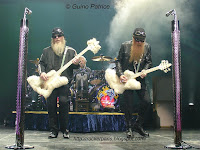 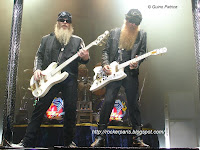 " Got me under pressure " started the gig like some nytro would do to a hot rod engine and then we were treated with classics and only classics . ( setlist to come soon ... )
The sound is clear , the stage is neat and the lightshow is absolutely stunning. some people might argue that they're playing on auto-pilot but even then they're kicking ass .
Of course they've changed their guitars several times ( see pictures ) that's their trademark .
So sad that only after 80 min they're leaving the stage for the first time ( ZZ Top has never played long sets ) ." Tush" had everyone, not convinced yet, on their knees and a rare second encore is played with " Jailhouse rock " the Coup de Grace.
Rock On Baby !!!
SETLIST: 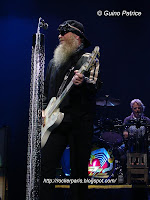 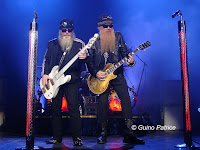 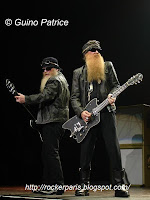 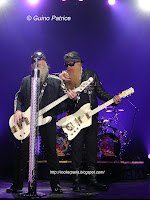 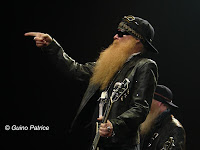 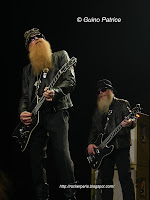 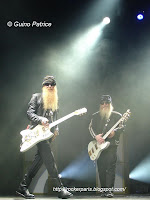