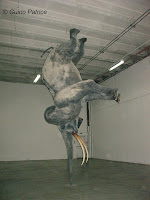 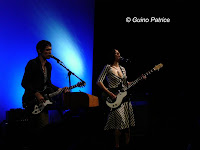 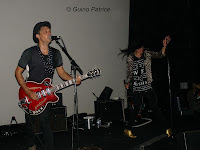 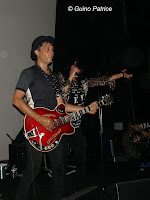 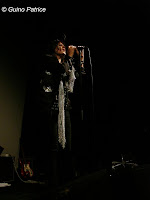 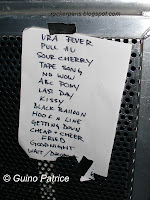 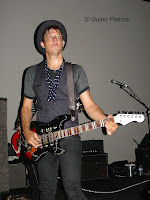 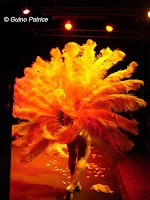 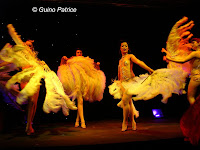 No video for this event sorry ...
The Kills @ the trendy Palais de Tokyo in Paris for the Stage of the art # 4

Jonh & Jenh opened : a guy on the guitar and a girl on keyboard/bass/vocals ,
Remember something ? yeah right ! Nice but are The kills playing later ?
For this event the room ( with carpet please ) can hold 500 people but it's half full or half empty , it depends which side you're on ; but it's Sold Out. no AC so it's quiet hot in there.
You've already seen the Kills live ?
So same shit as usual but good shit. I mean there's nothing more to say They Foockin' rock. Hotel is possessed as if he had hoovered all of Colombia and VV is like a lion in a cage .
One thing i couldn't understand is why they 've played with no lightshow at all . They can't afford even a few candles , there was some light for the opening band.
It might be part of the concept. Well i didn't get it .
Anyway what's important is that we had a good time even though it was a short set but they're giving it all on stage.
Aftershow party was cool with short-dressed dancing girls in a 1930's atmosphere.
When's The Stage of the art # 5 ?
Publié par Angelo Misterioso à l'adresse 12:34:00 PM