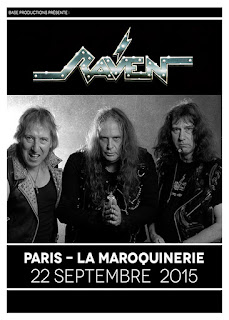 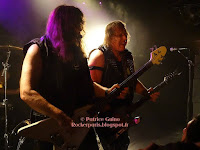 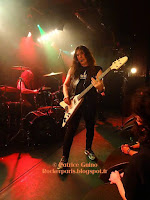 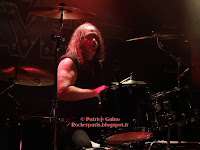 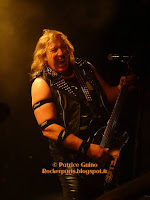 Thrash Metal band form UK, Raven is playing a show in France ... at last. They've only played in Paris once, opening for Kreator @ the Elysée Montmartre on May 16 1989. 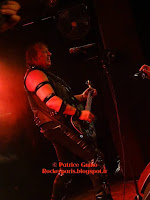 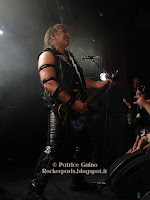 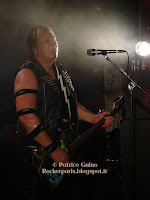 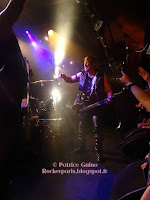 Not a lot of people tonight, around 150 lunatics to attend the return of RAVEN in the french Capital.Lunatics but devoted fans who knew all the lyrics from the classic songs. A bit shocked to see that Mark, the guitar player, is weighing probably more than 200 pounds, I can remember pics of him from the late 80's when he was tall & thin.
They're giving it all on stage , running from one side of the stage to the other. Sound is rough as it was back then on their early records.
They were on the verge of making it in the late 80's but are now playing clubs so there's a feeling of sadness to see them playing in a half empty Maroquinerie. 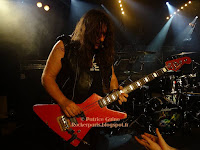 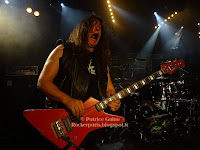 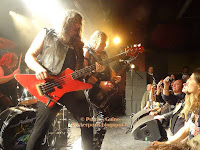 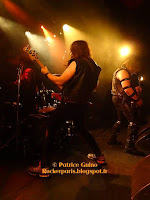 We're going to many Arenas to attend concerts that we tend to forget that there is a "working class" scene where bands are probably struggling to make a decent living but are still giving everything to satisfy fans and RAVEN is one of them, so they should get respect for that. 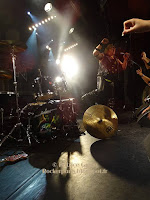 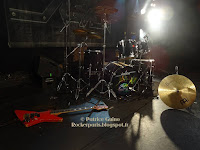 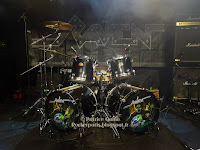 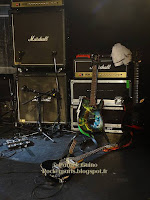 SETLIST: (this is the setlist from a show in Germany, I guess it was the same tonight with maybe the addition of "crash bang wallop", can't remember !)
Destroy All Monsters
Hard Ride
Live at the Inferno
All for One
Rock Until You Drop
Guitar Solo
Lambs to the Slaughter
Guitar Solo
Speed of the Reflex
Mind Over Metal
Into the Jaws of Death
It's Not What You Got
Tank Treads (The Blood Runs Red)
Faster Than the Speed of Light
On and On
Encore:
Bass Solo
Break the Chain (including medley of covers from Black sabbath, AC/DC and others...) 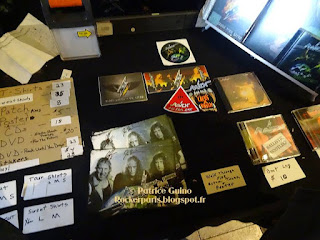