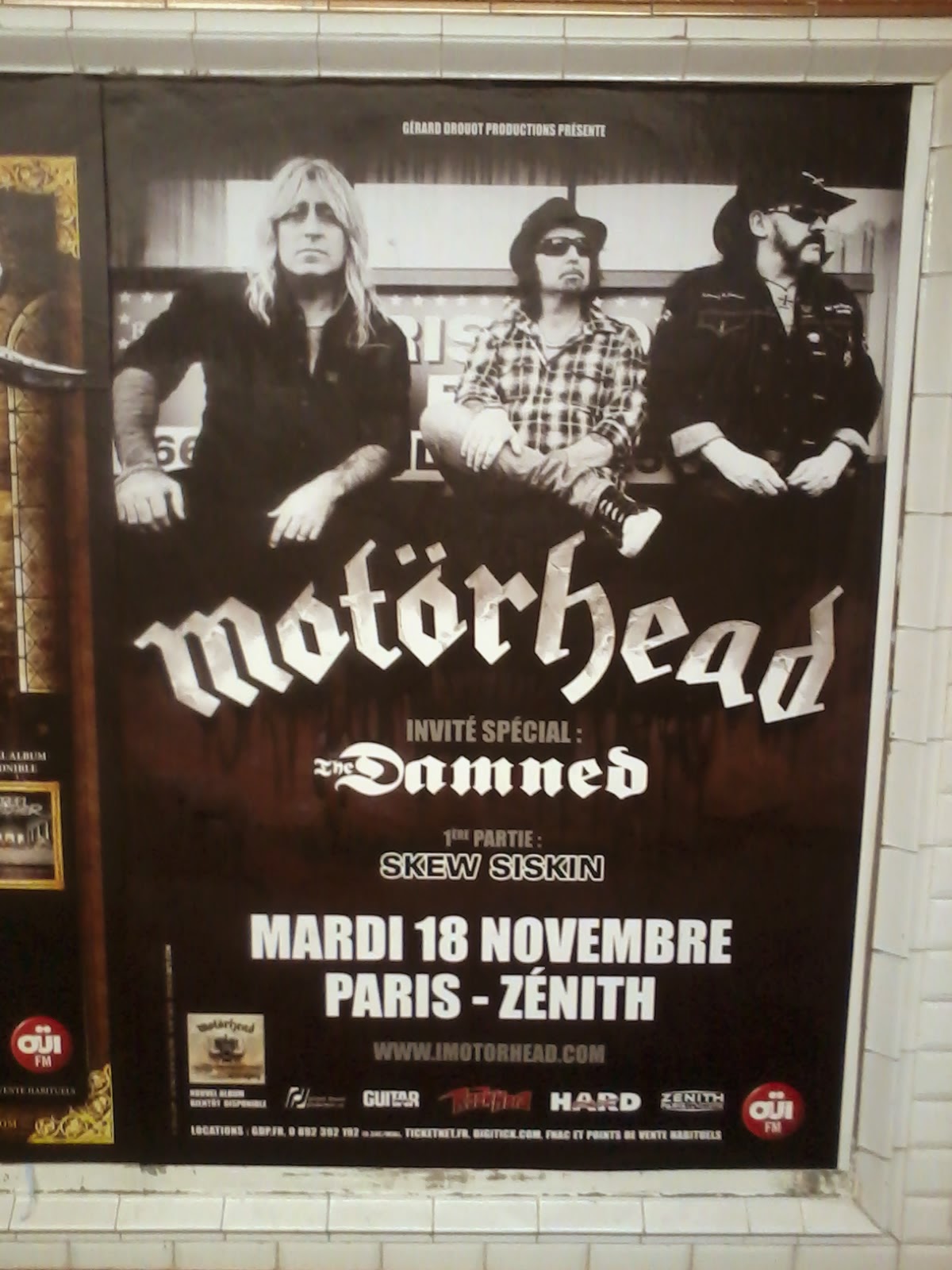 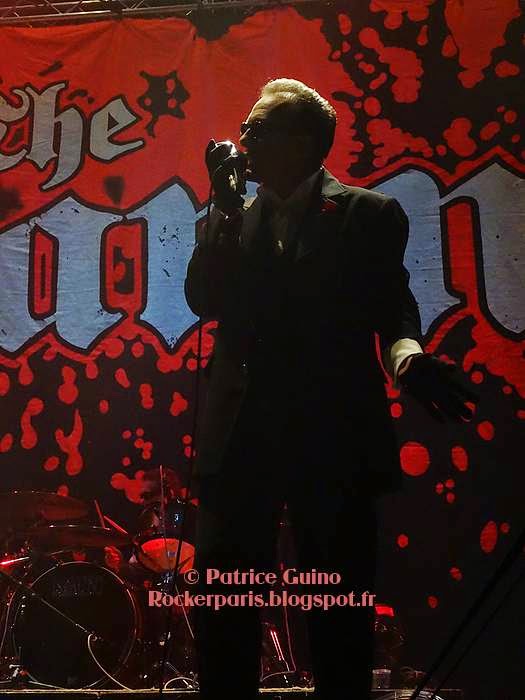 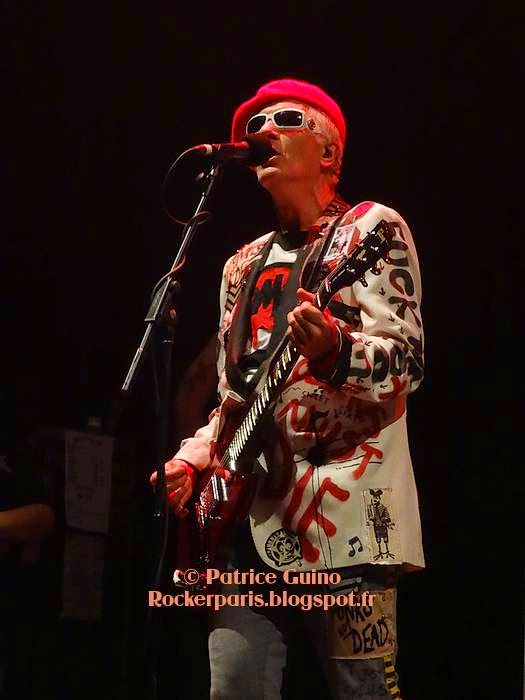 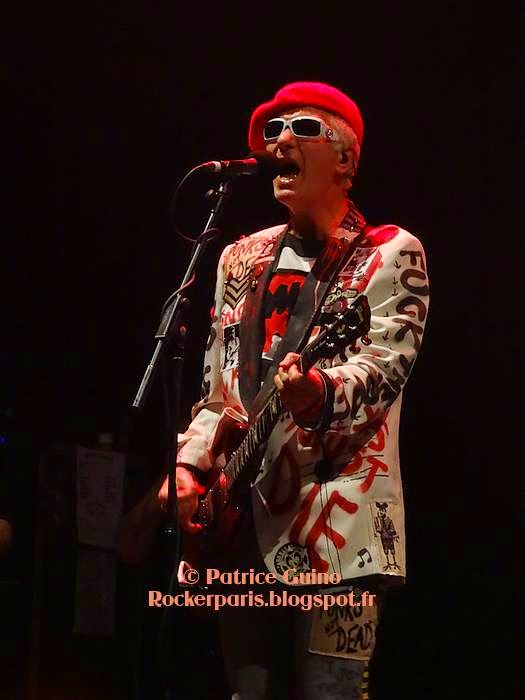 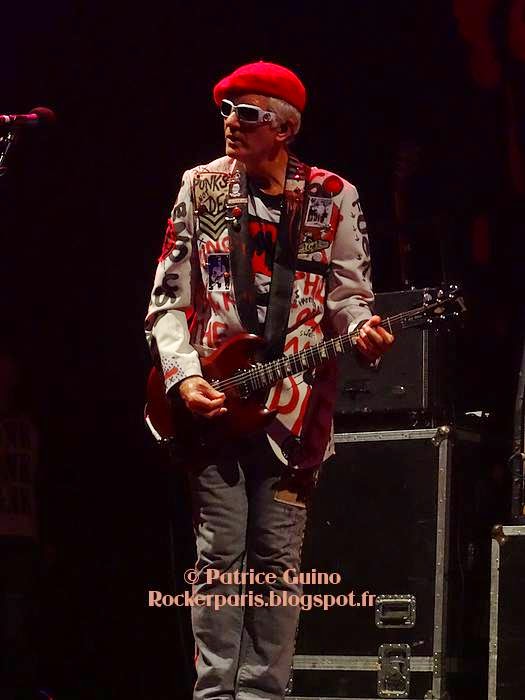 We arrived on the site of the Zénith very early as we didn't wanna miss The Damned, in fact we were there before the very first band Skew Siskin.
Had a quick chat backstage with Captain Sensible , who was charming, we talked about Philty "The Animal" Taylor who showed up at the Motorhead gig in Birmingham (along with Fast Eddie Clark who played on one song with Motorhead). He told us that Philty couldn't play as he just had a brain operation but was fine. Glad to hear that. 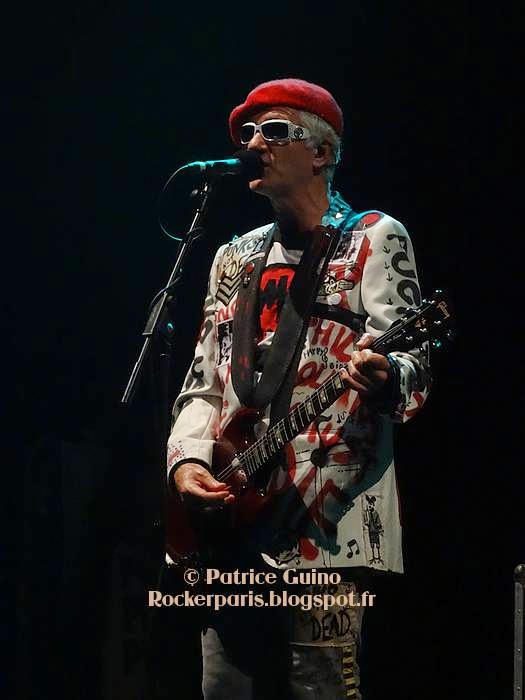 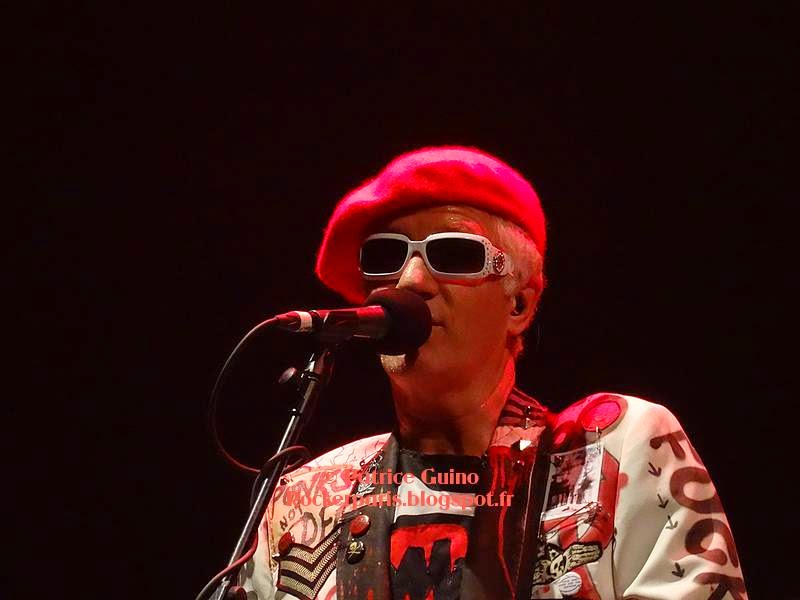 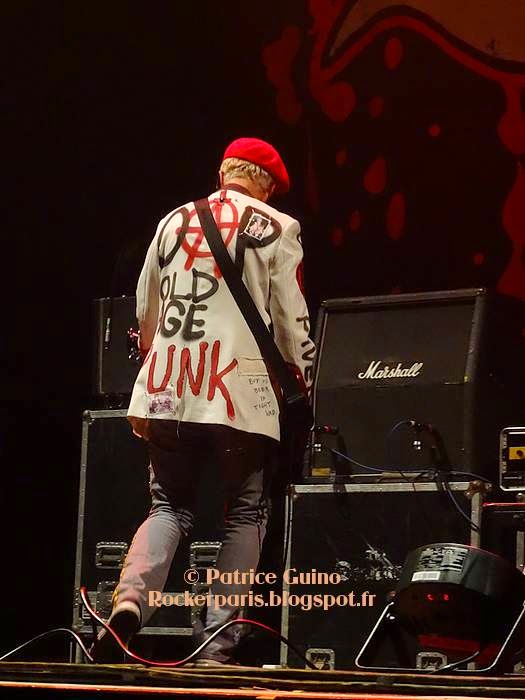 Skew Siskin was first on stage, the girl on vocals tried hard to get the audience going, the Zénith was still half empty at that time, but that was a bit difficult as their show was a bit average. 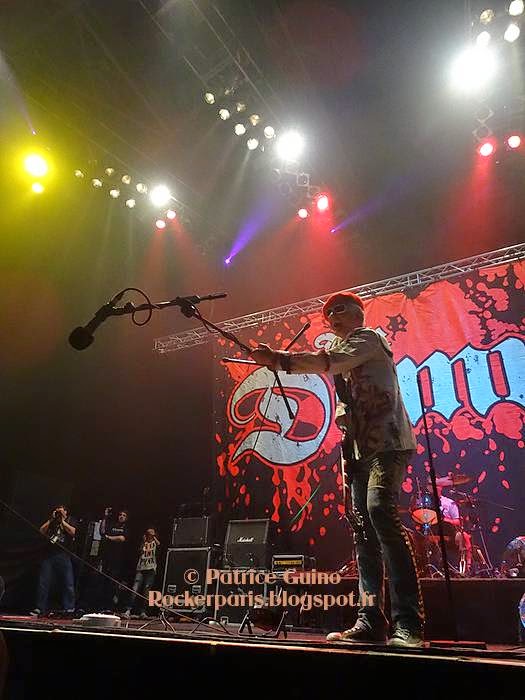 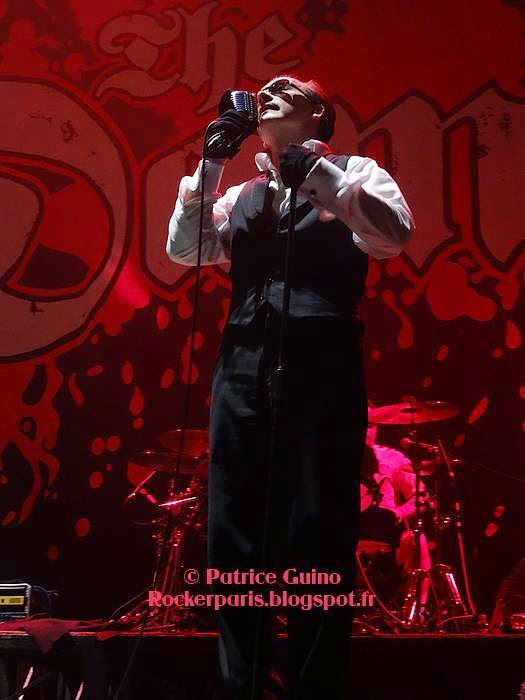 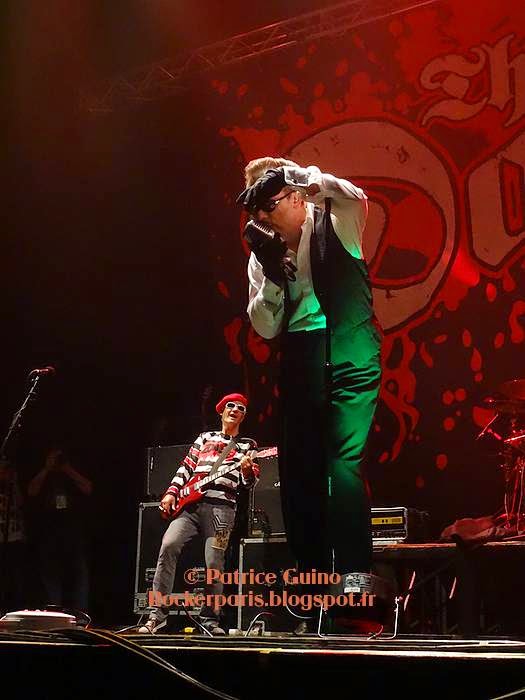 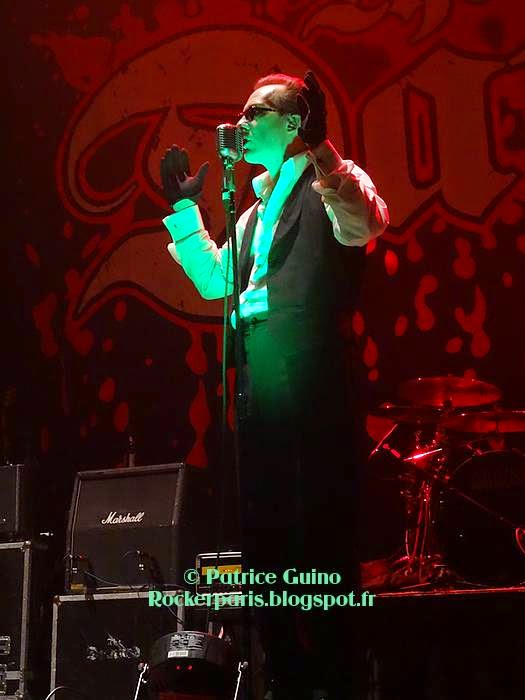 The Damned was next, huge backdrop, Captain Sensible on the left on guitar,dressed smartly and Dave Vanian on Vocals. Great set even thought there were some suspicious backing vocals.
Lots of catchy songs including "New Rose" Lively atmosphere down the front. 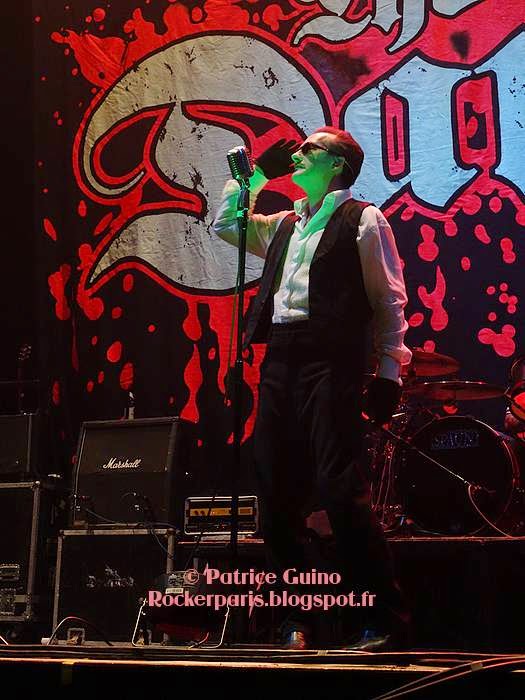 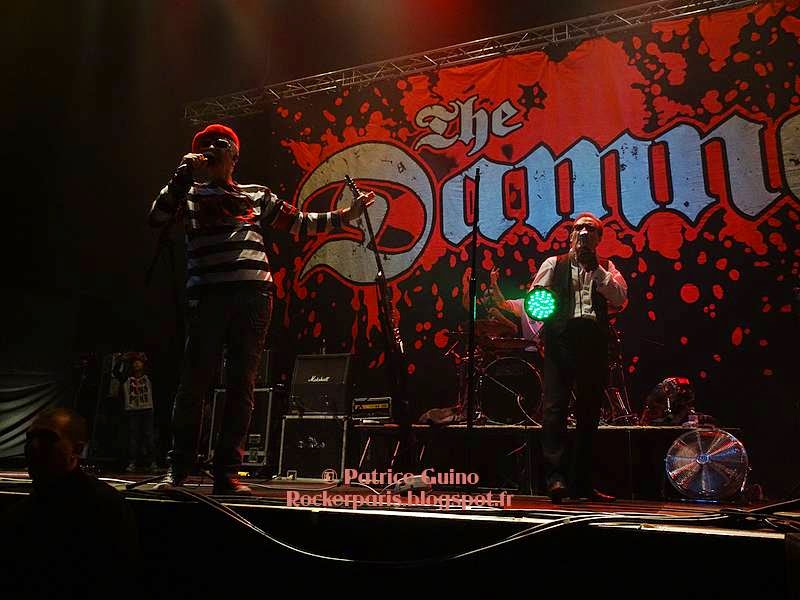 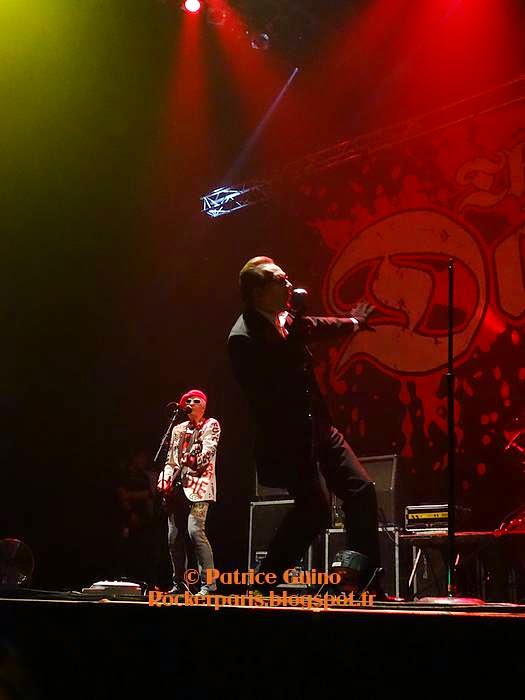 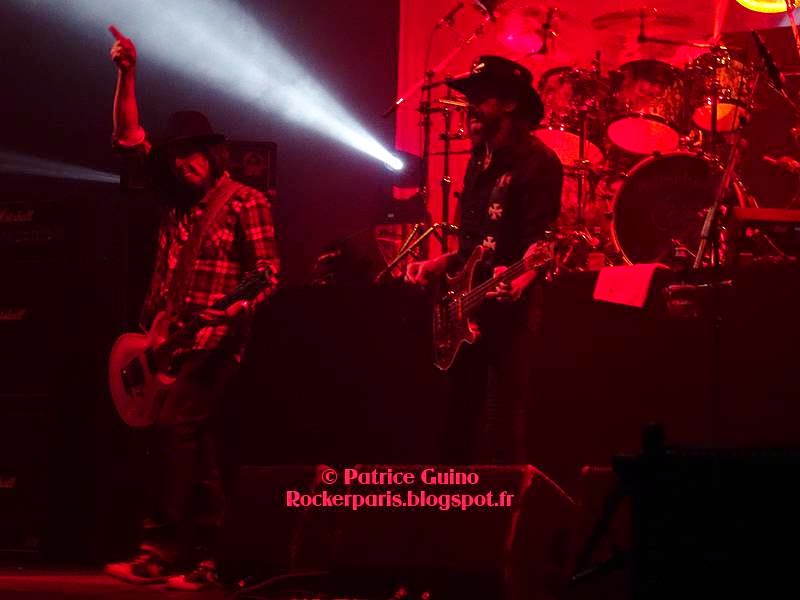 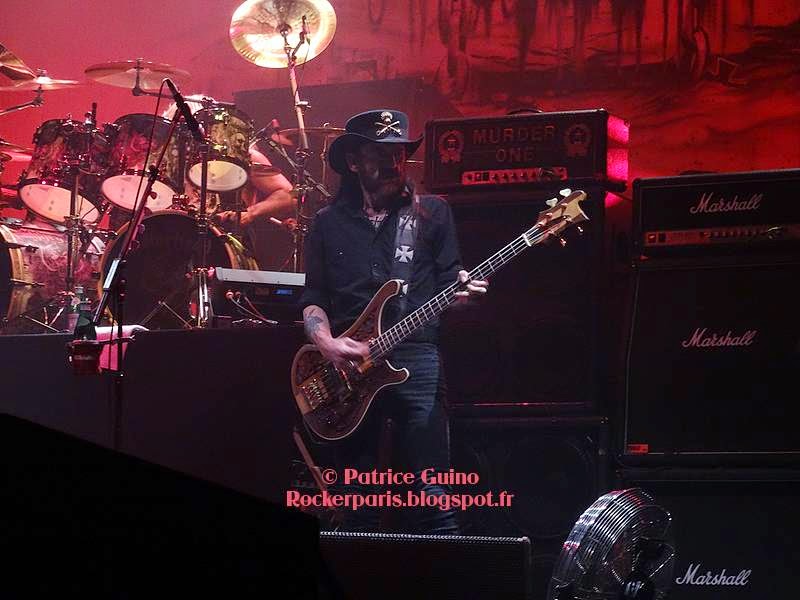 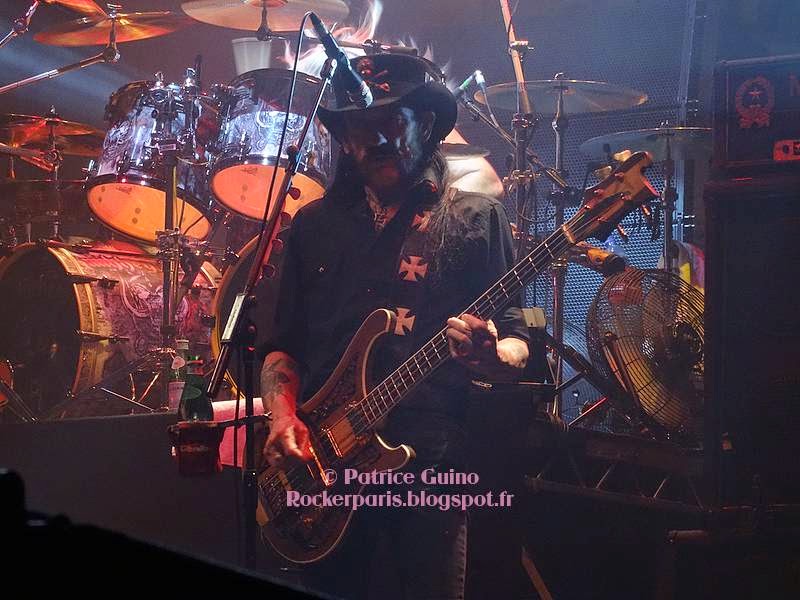 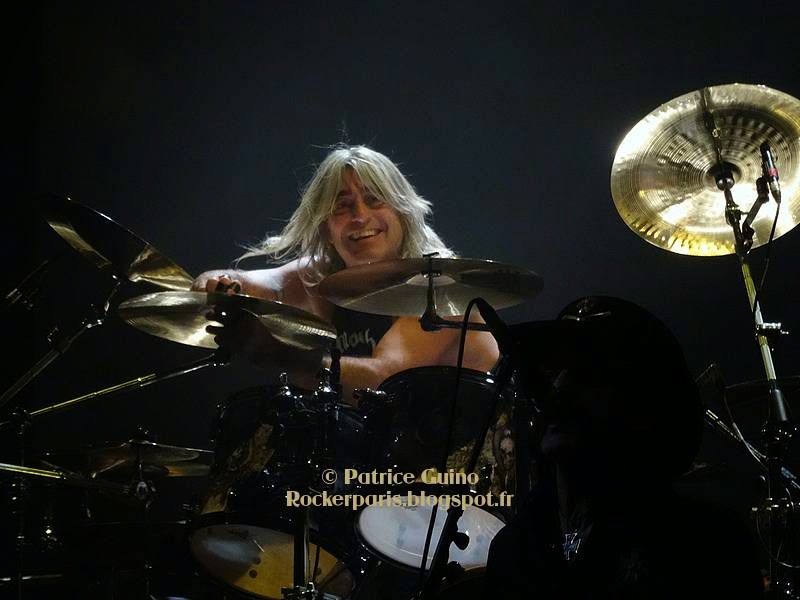 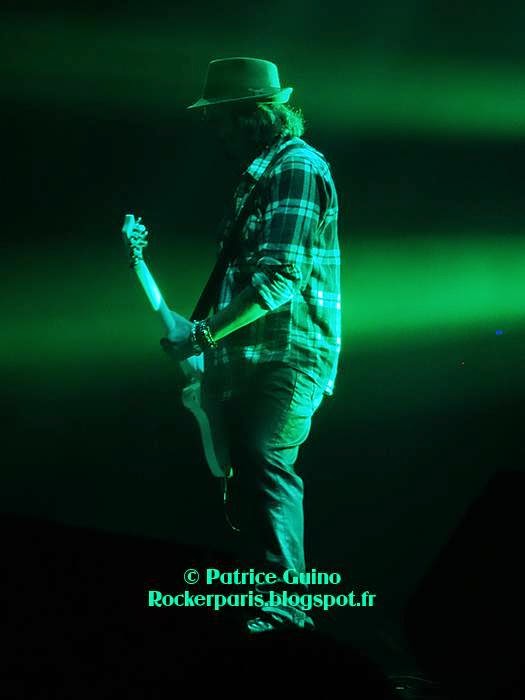 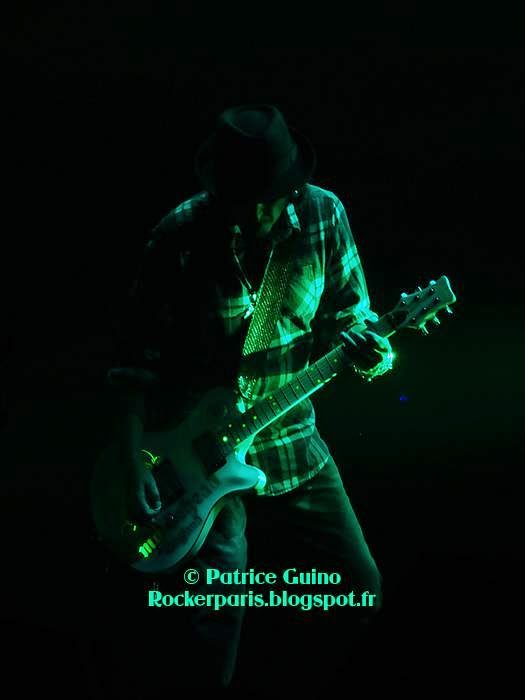 Lemmy was very frail and scary a few months ago, he has lost lots of weight with his two skinny legs but tonight he looks fine but still a bit shaky and frail.
After the first song "Shoot you in the Back" we're all relieve, he's OK, the voice is there and cavernous . MOTORHEAD  is still a war machine with Mikey on Drums and Phil on guitars. We have a guitar solo and Drum solo so that Lemmy can have a rest behind his trademark "Murder one" amp. The Tour is also very short with only 9 shows in Europe. I guess for the fans who saw the band on each tour it's "same as usual"... 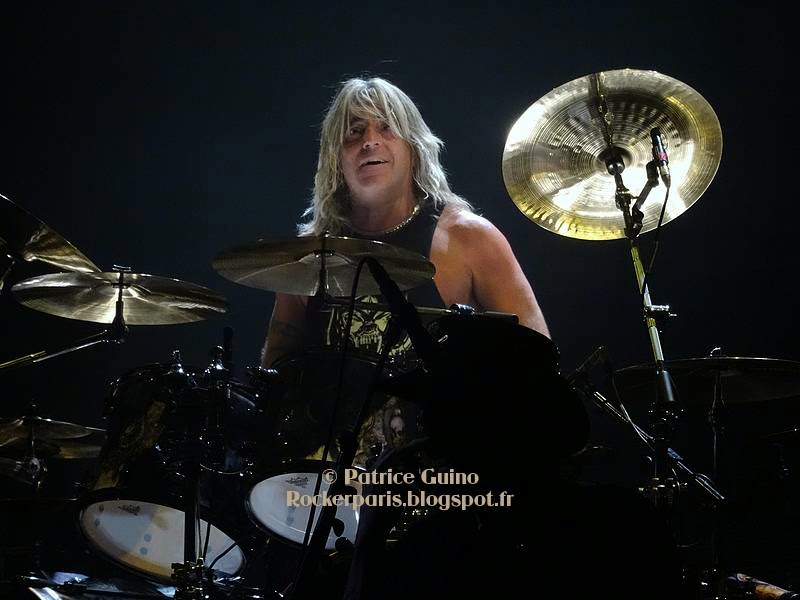 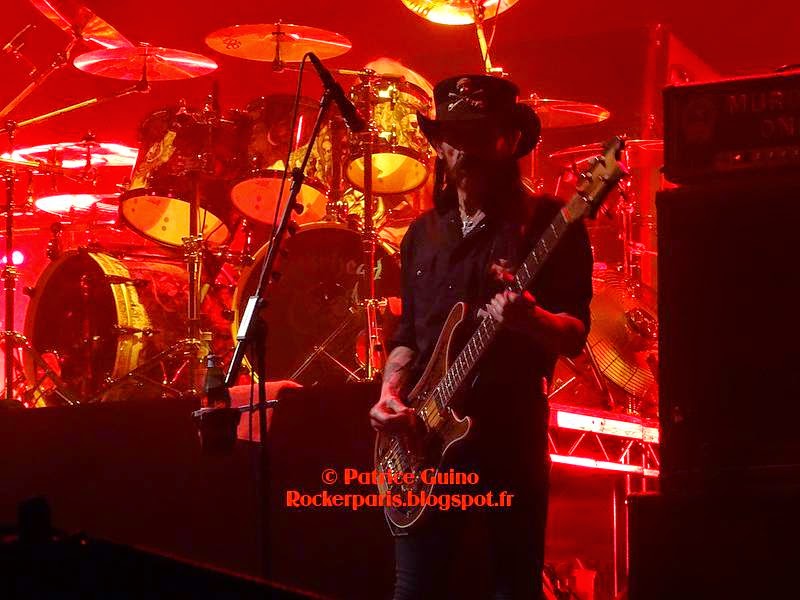 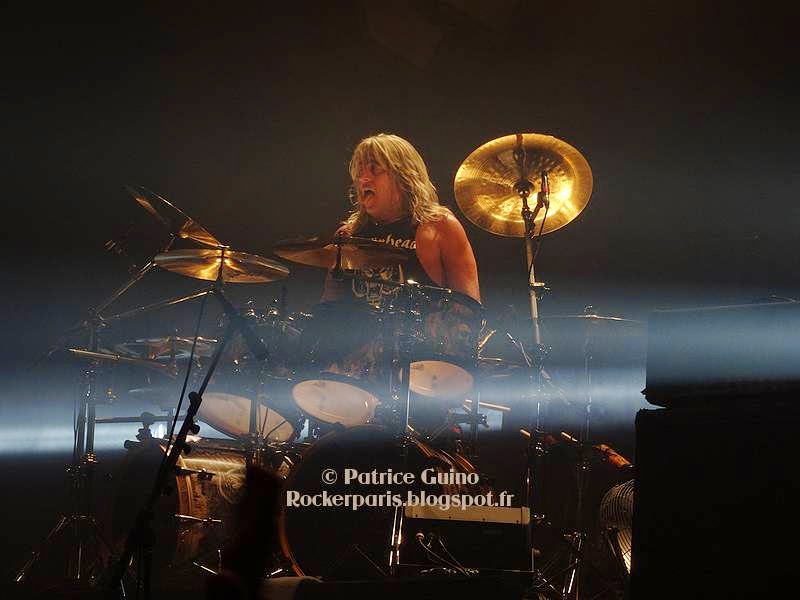 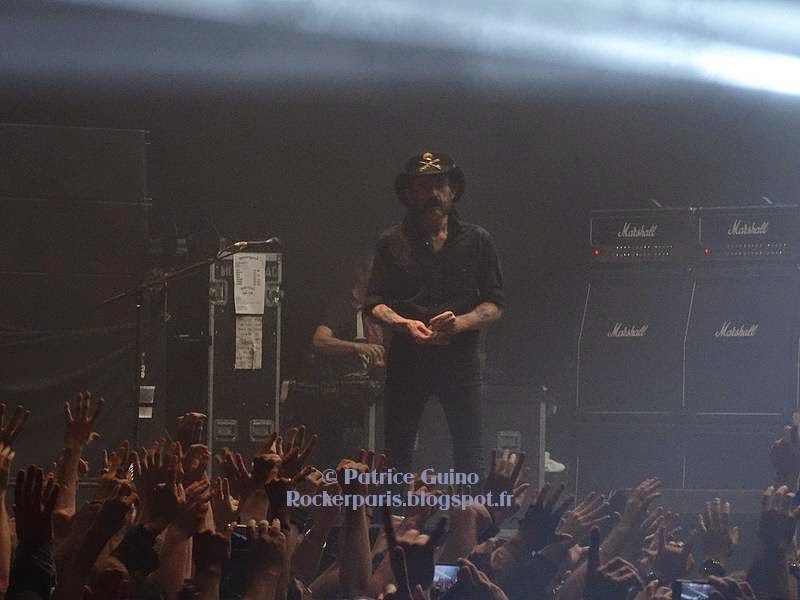 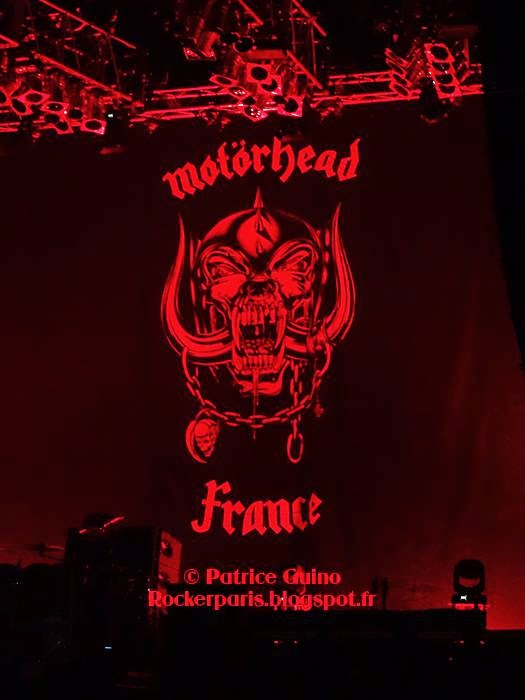 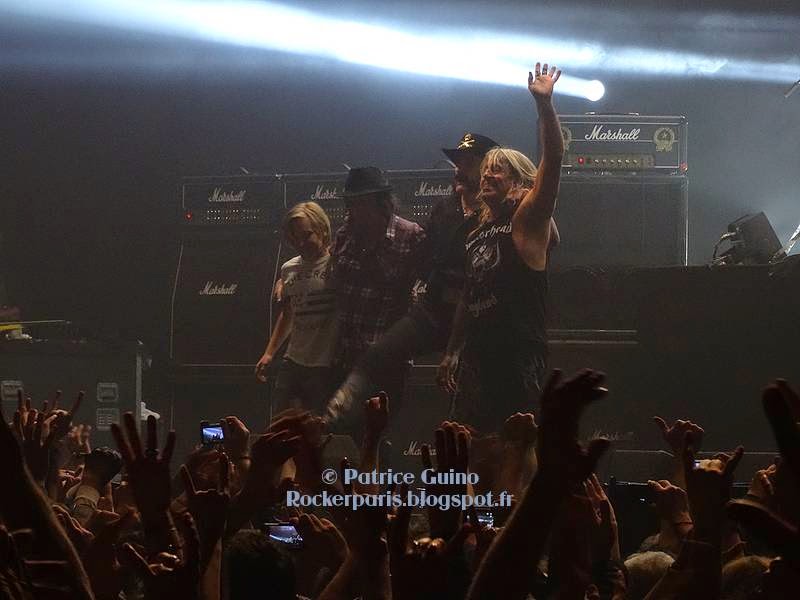 SETLIST:
Shoot You in the Back
Damage Case
Stay Clean
Metropolis
Over the Top
Guitar Solo
Suicide
Rock It
Do You Believe
The Chase Is Better Than the Catch
Lost Woman Blues
Doctor Rock ( inc drum solo)
Just 'Cos You Got the Power
Going to Brazil
No Class
Ace of Spades
Encore:
Overkill 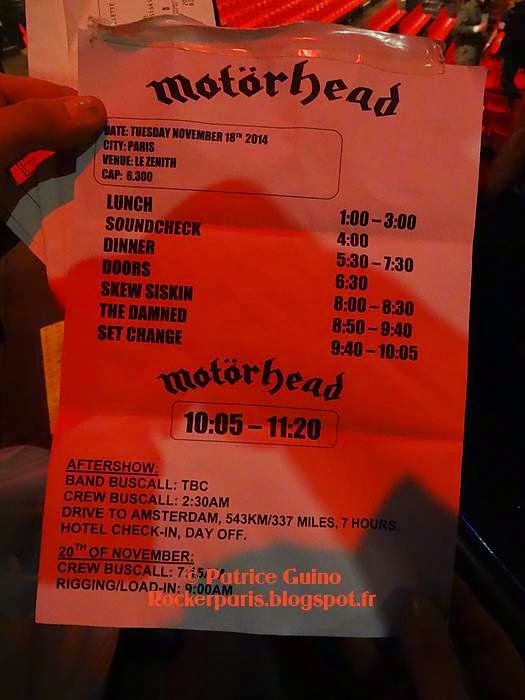 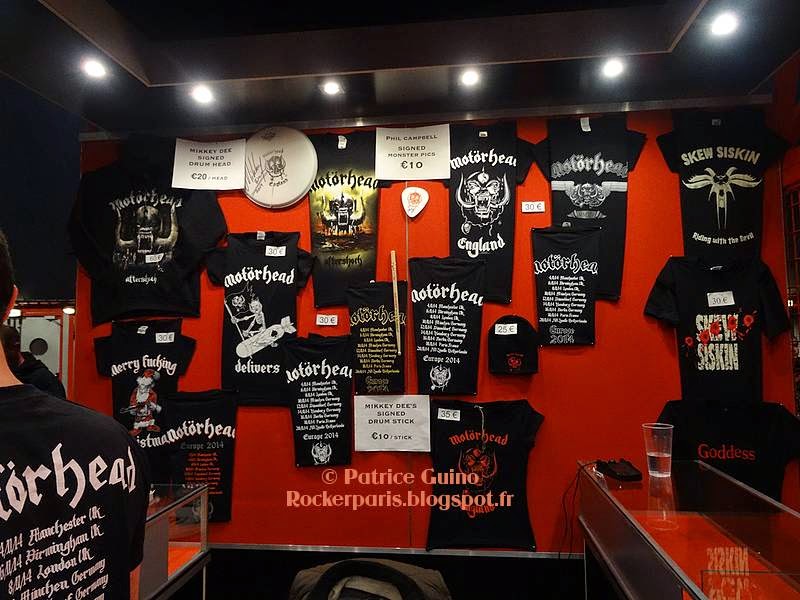 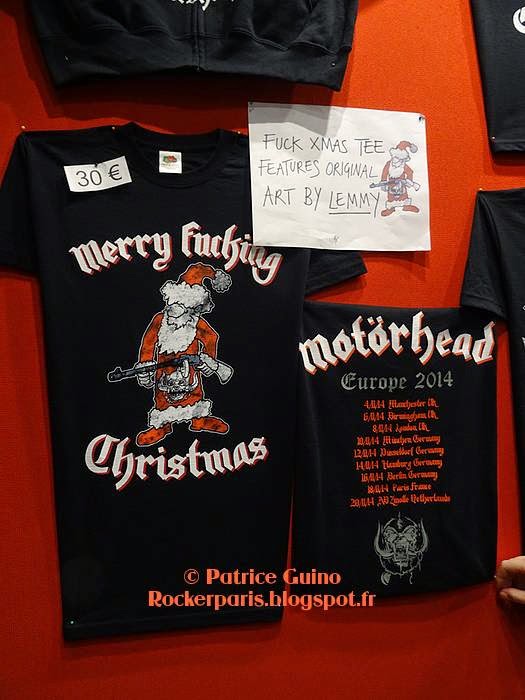