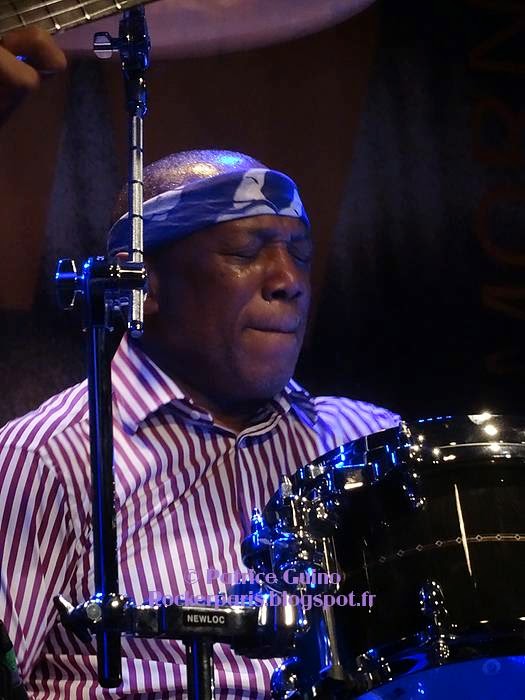 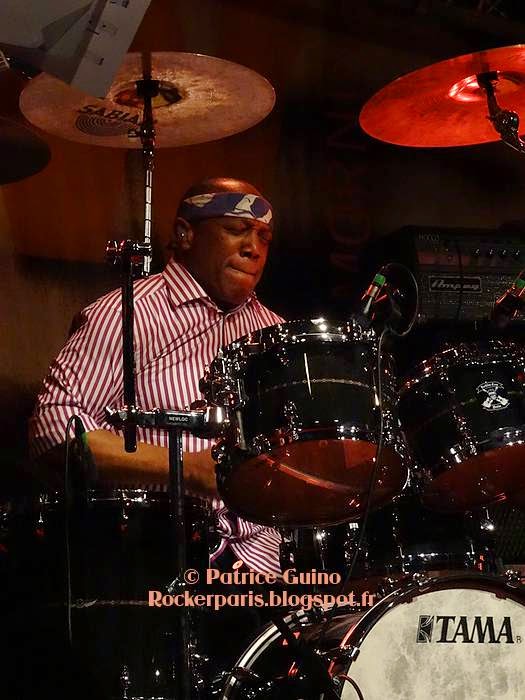 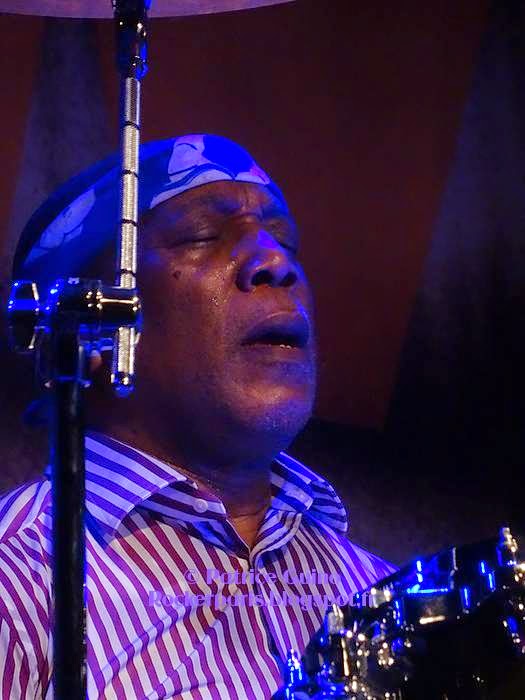 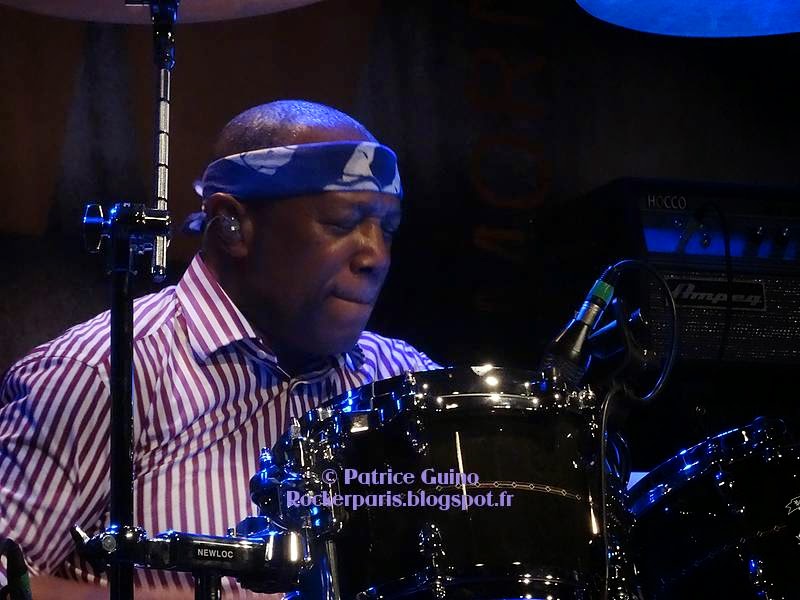 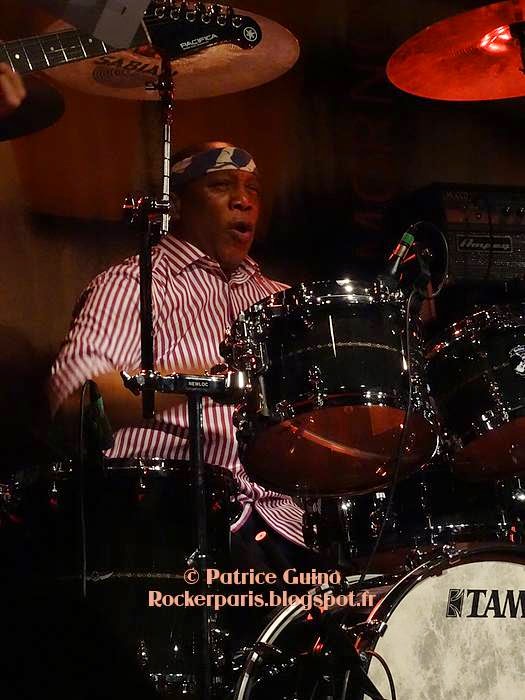 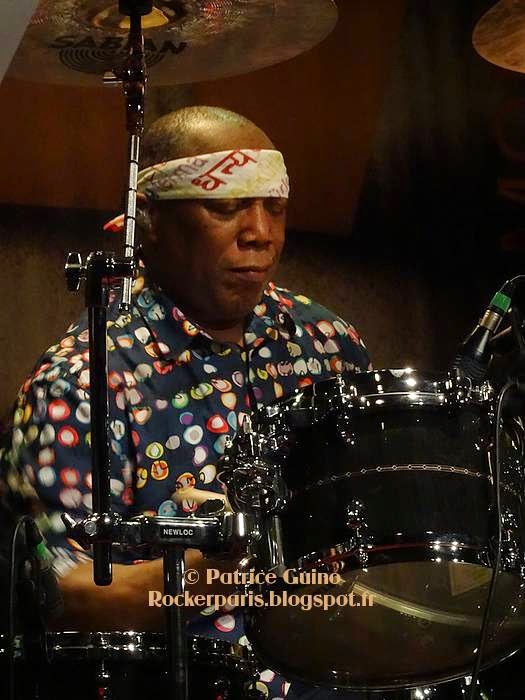 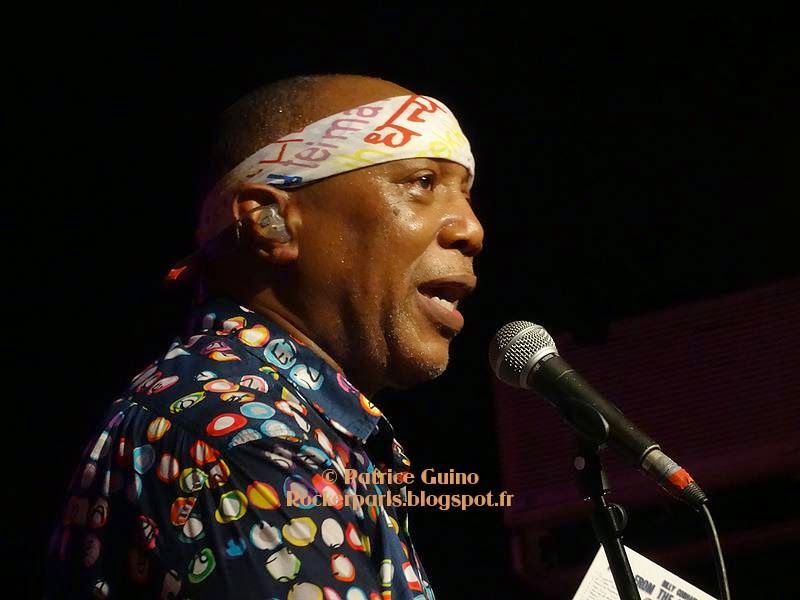 One of the best drummers in the world is in Paris @ The tiny New Morning club playing Jazz Rock for an audience of devoted aficionados. Billy is a monster on drums, doesn't mean he's hitting that drum kit like a maniac, lots of subtlety in his playing.
Concert divided over two sets of 60 min+, all instrumental with an amazing drum solo in each set. Billy doesn't "show off" and it's a pleasure to see him play his instrument.
His hit song "Stratus" was played , of course, it remembered us when we saw Prince playing this very same club and playing the very same song.
Great sets and Billy Cobham, who went after the show to the merchandise table to sign cds always with a smile on his face 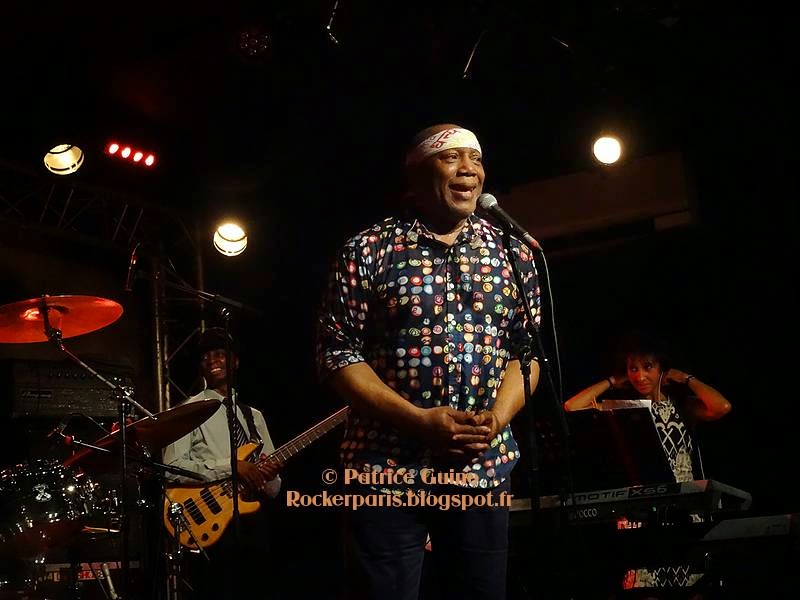 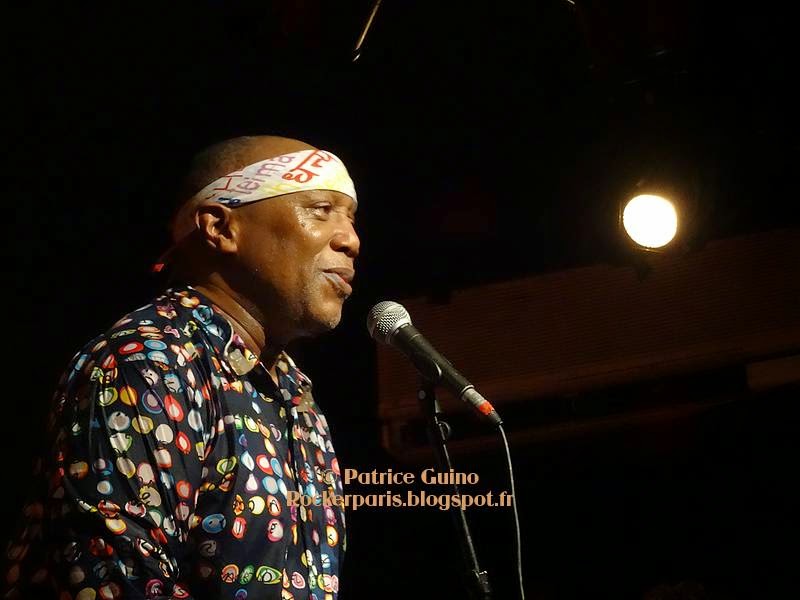 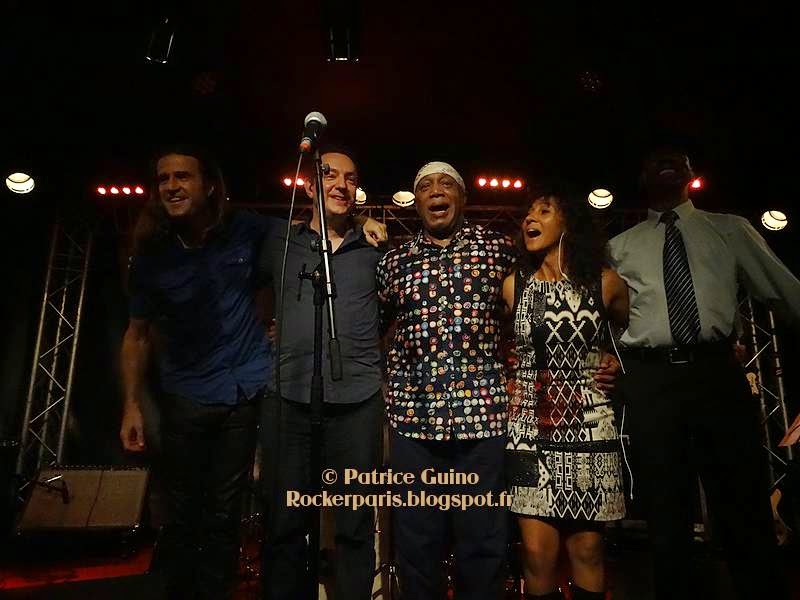 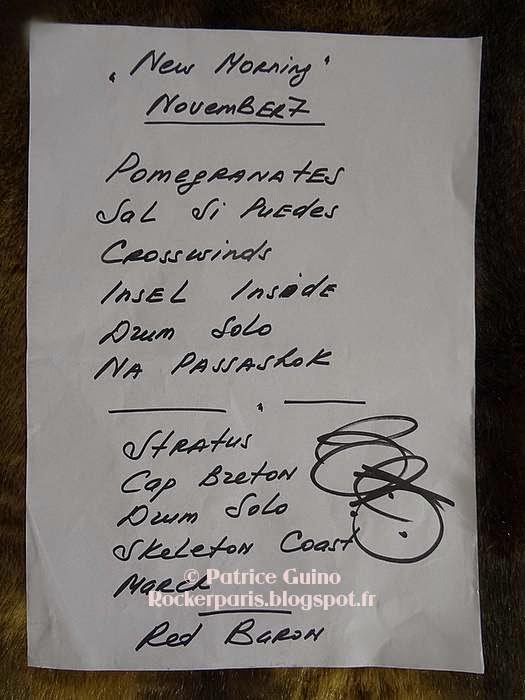