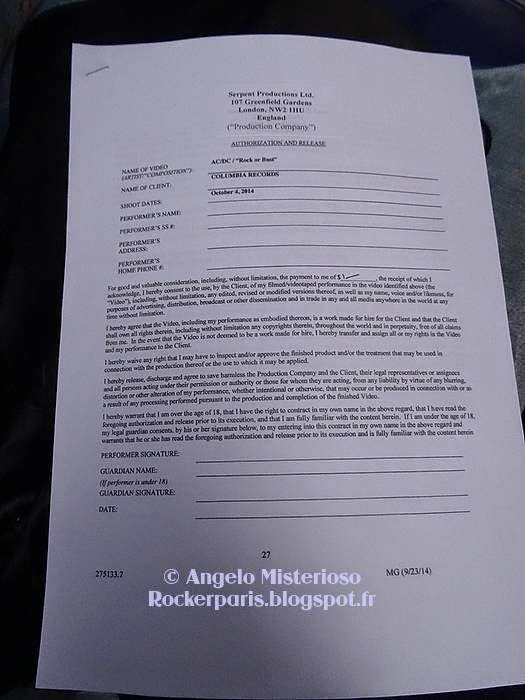 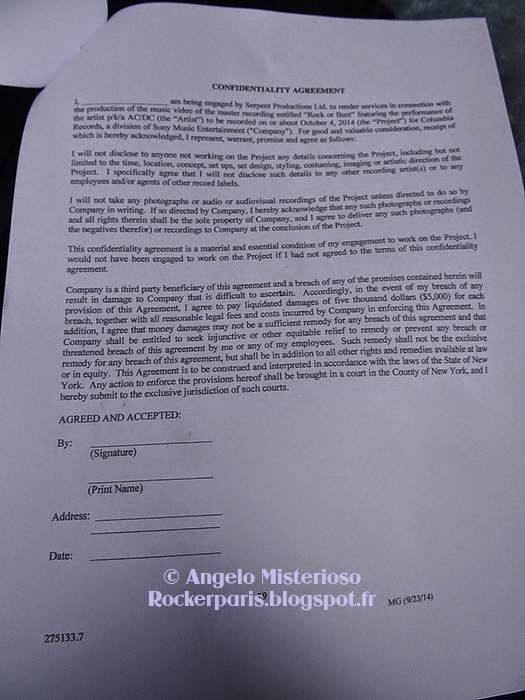 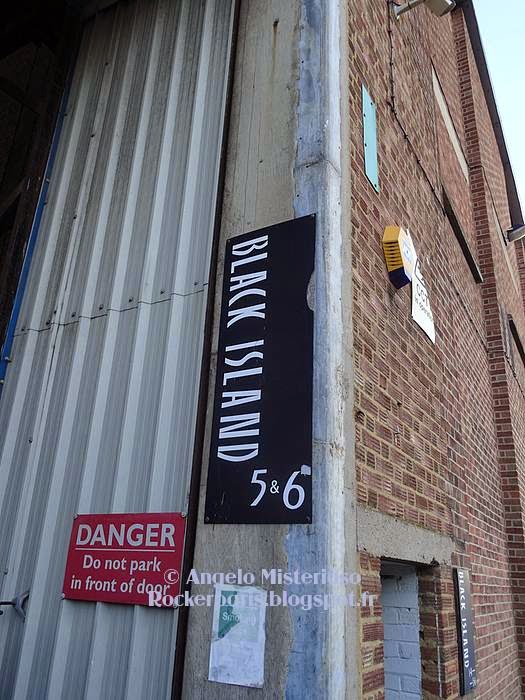 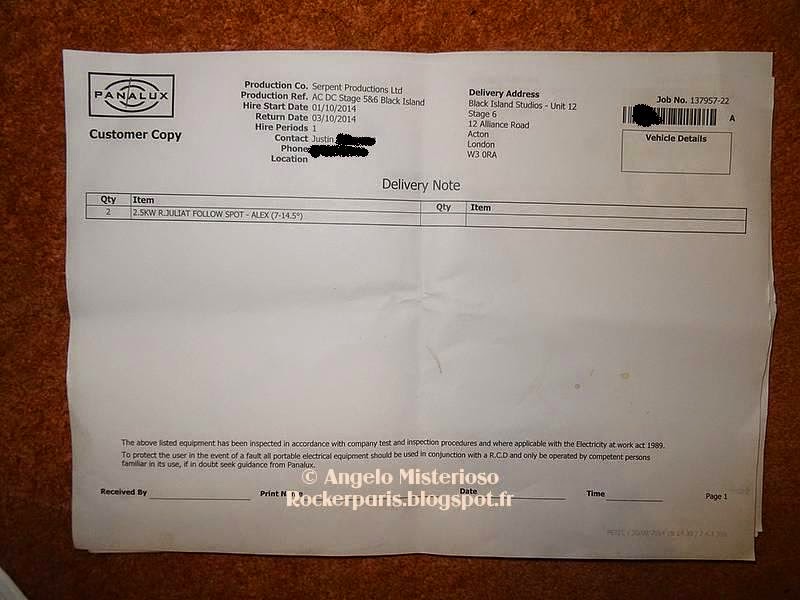 
A few days ago the official AC/DC website set up a competition to win tickets to be part of the audience for the video shooting of AC/DC's next single.
Thanks to our English contact you could secure one ticket.
Meeting place was in front of the Apollo Victoria theatre next to the Victoria Train Station at noon on this Saturday, we are being told that "Play ball" has been recorded on Friday with no audience and that we'll be part of the second single "Rock or Bust" and name of the new album.
It is confirmed with the papers that we have to sign in the coach on our way to the secret location (Island Studios in Acton ). 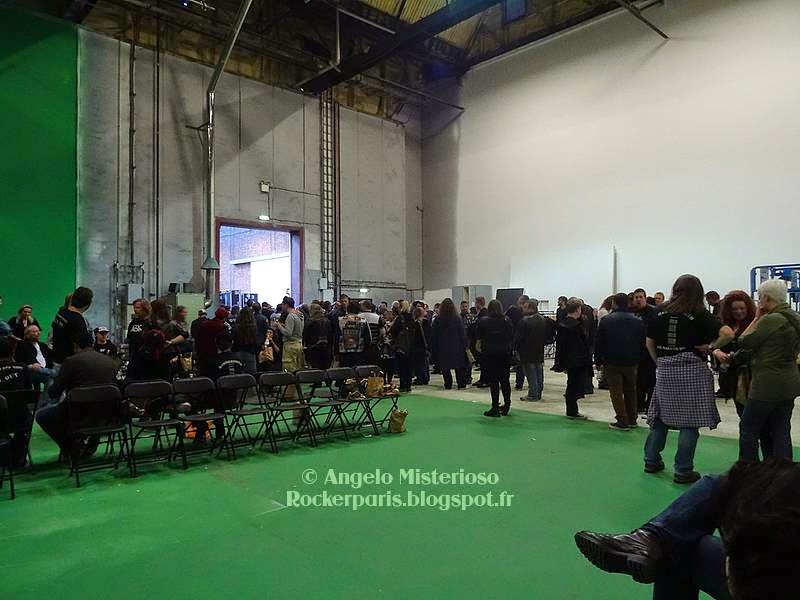 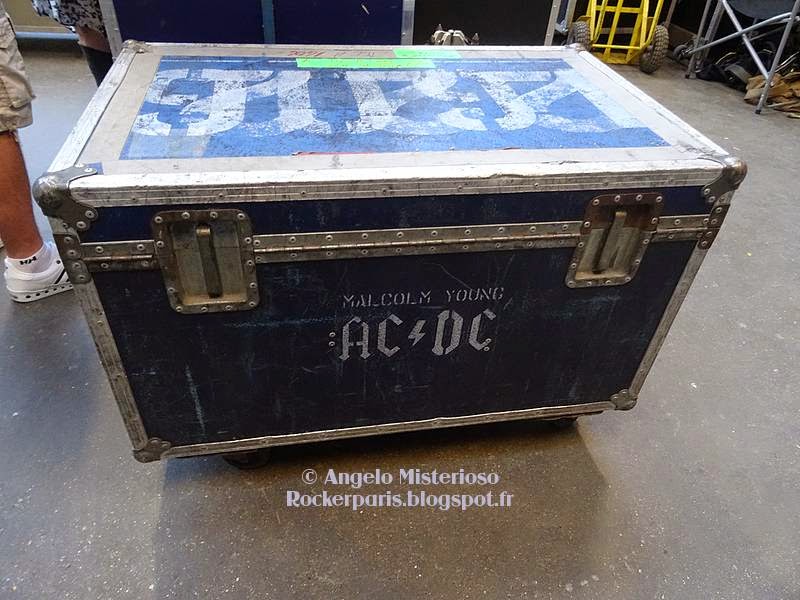 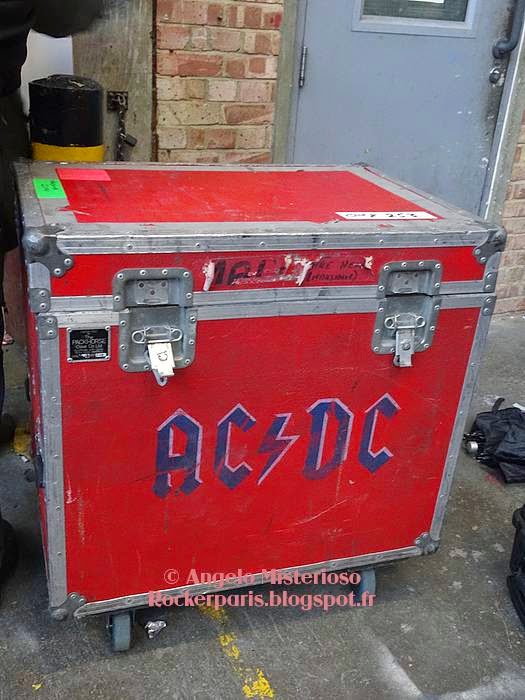 
Lots of people, around 400 are waiting in a huge room where the MC for the afternoon is playing us "Rock or Bust" a couple of times, great rock song, typical AC/DC, sounded a bit better than "Play ball" even though we still haven't heard the first single in its entirety.
He's telling us that Malcolm is not there, for obvious reasons, no one is surprised. But the real let down was that Phil Rudd couldn't make his flight back in London as he had to go home for "Family reasons", What the fuck !!! Just hope there's nothing serious for Phil.
AC/DC without Malcolm and without Phil , there's only Angus left from the original band...just like on the "Blow up your video" American Tour. 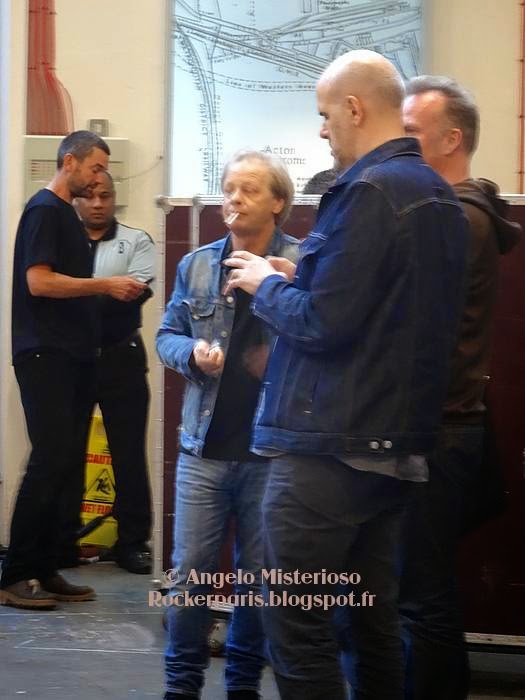 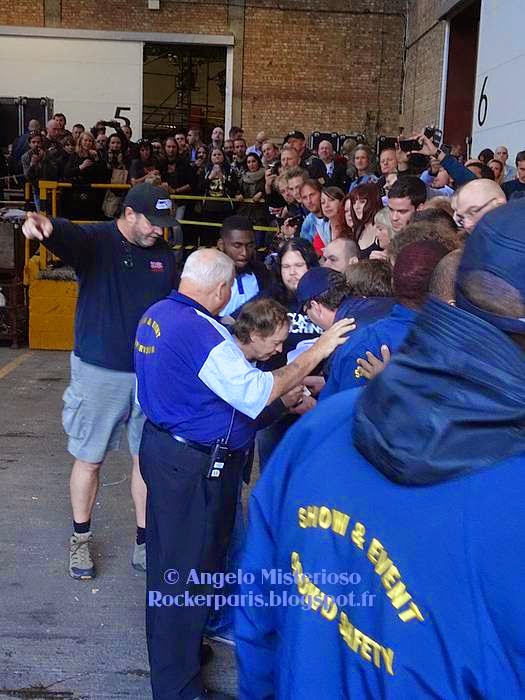 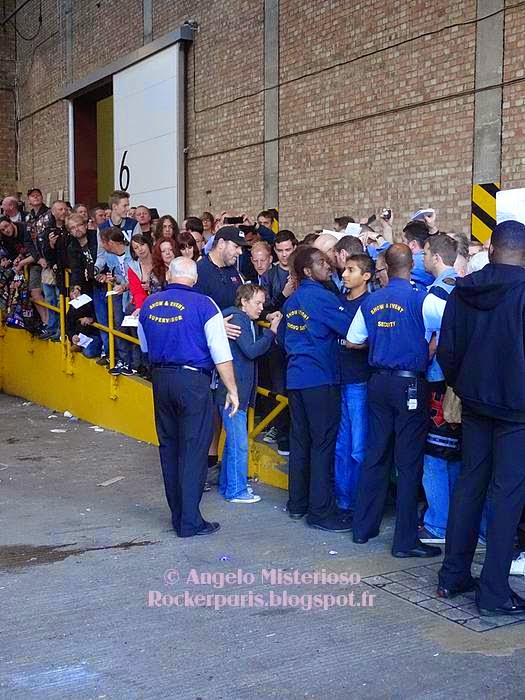 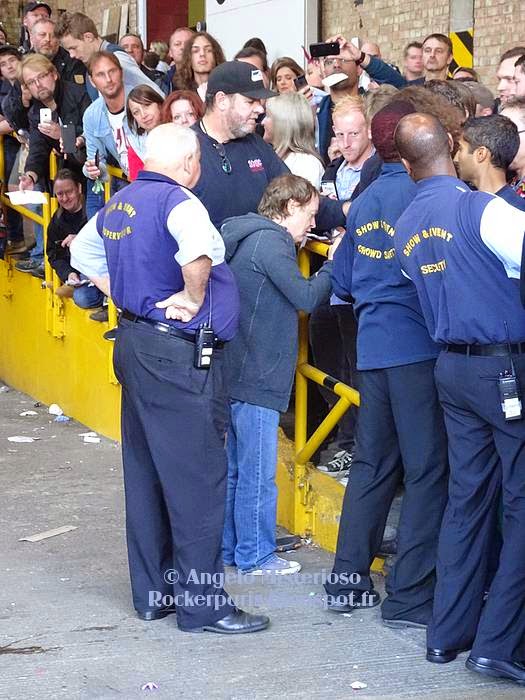 
Security is taking us to the main studio, central stage and stalls all around, just like a circus (see pics below).
The band is welcomed with opened arms and a the members are walking just past us to go to the stage fans are shaking hands with the boys. We're telling Stevie: "Welcome in AC/DC" which is welcome with a big smile and a "thank you".
The band is playing two takes (with Bob Richards on drums) before taking a short break. 6 takes in all including one without Brian and Angus.
Between takes Brian is having a few words with the audience talking about Malcolm and Phil.
I guess they knew about Phil at the last minute as I've been told that Bob Richards was called on thursday to cover for Phil and didn't rehearse at all with the boys,  the first video was recorded the day after his arrival (on Friday for "Play Ball" without any audience).
After seeing them miming to the song, I could really see how easy it is to fool people, specially with all these bands who are now playing with tapes for the music (any names ?) or the vocals ( Madonna, Britney or Roger Waters).
The boys are on top form, Stevie is really enjoying himself like a kid even though Angus seemed a bit tired at the end of the 6 takes.
David Mallet , who has recorded and directed many live shows and videos for AC/DC is in charge once again and is standing just before us during the video recording.
The lyrics "In Rock we Trust, Rock or Bust" for the chorus , not sure if Bob Dylan would have approved that simplicity  (just kidding !). 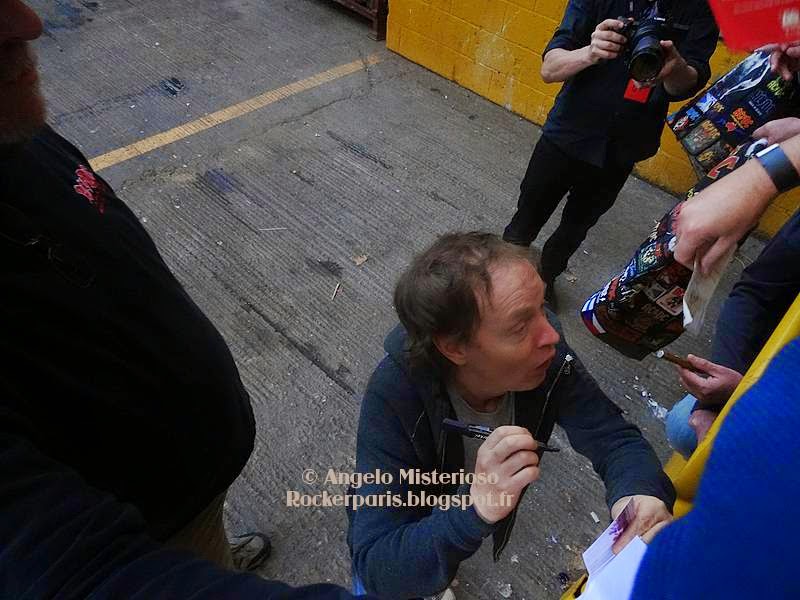 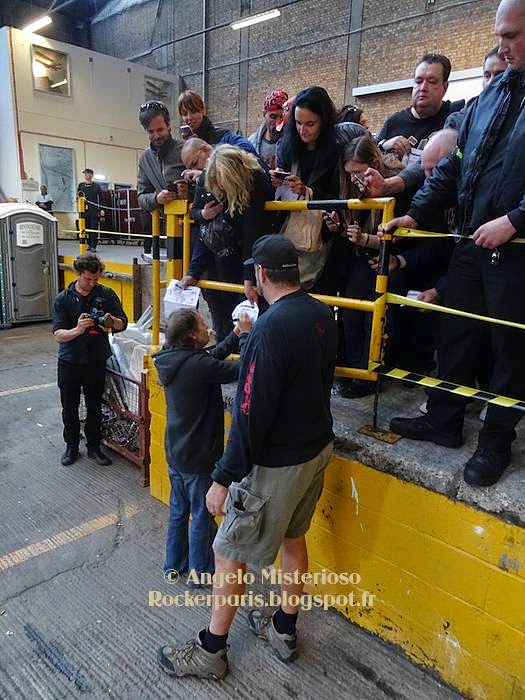 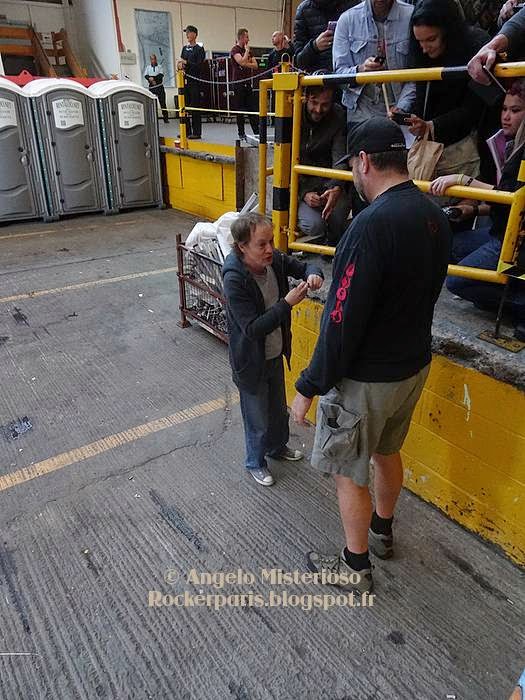 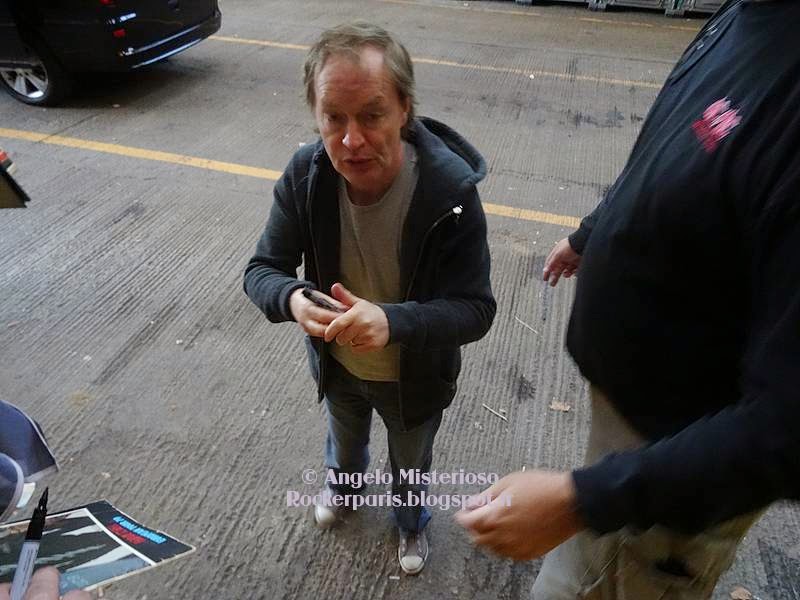 
After 6 takes we're told that we're done and it's time to go back to London, some of us are a bit disappointed as we were expecting a much longer recording, we're out by 4:00pm.
Bob is nice with everybody posing for pics and signing stuff, we didn't see Cliff and Brian as we were chatting with frinds in another part of the studios.
Angus signed for a very long time which was really nice.
Fantastic to see the boys in such an intimate place. 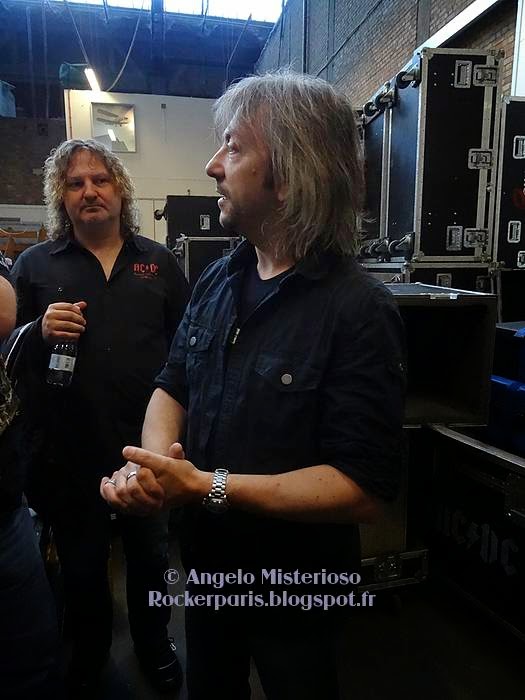 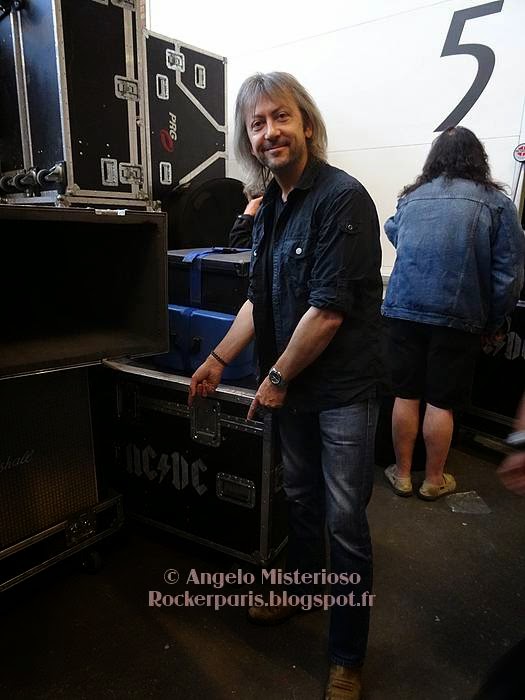 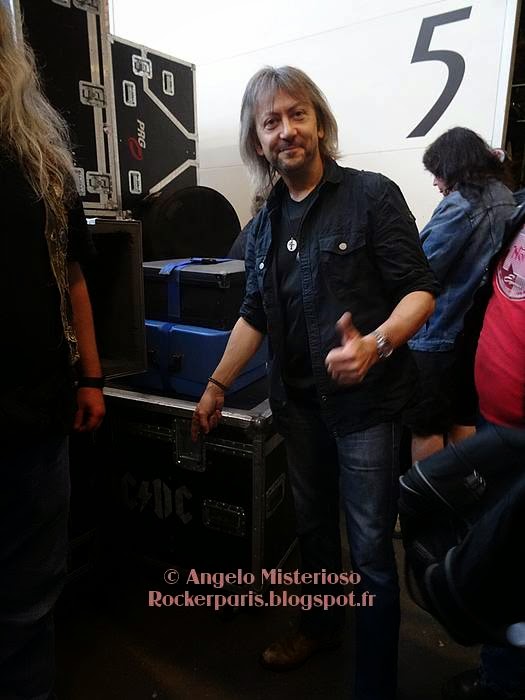 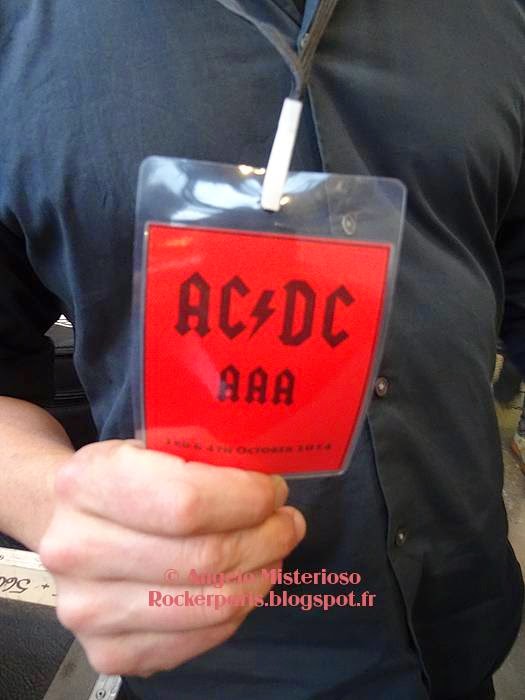 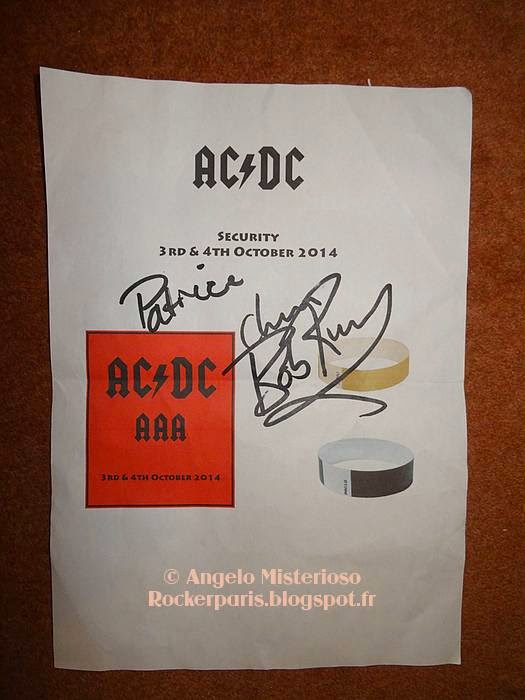 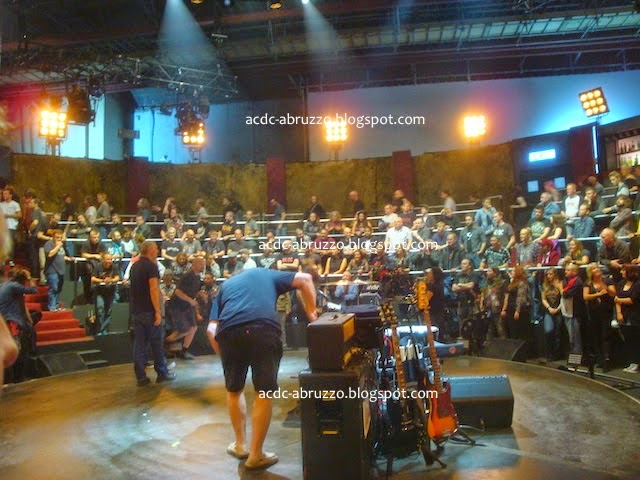 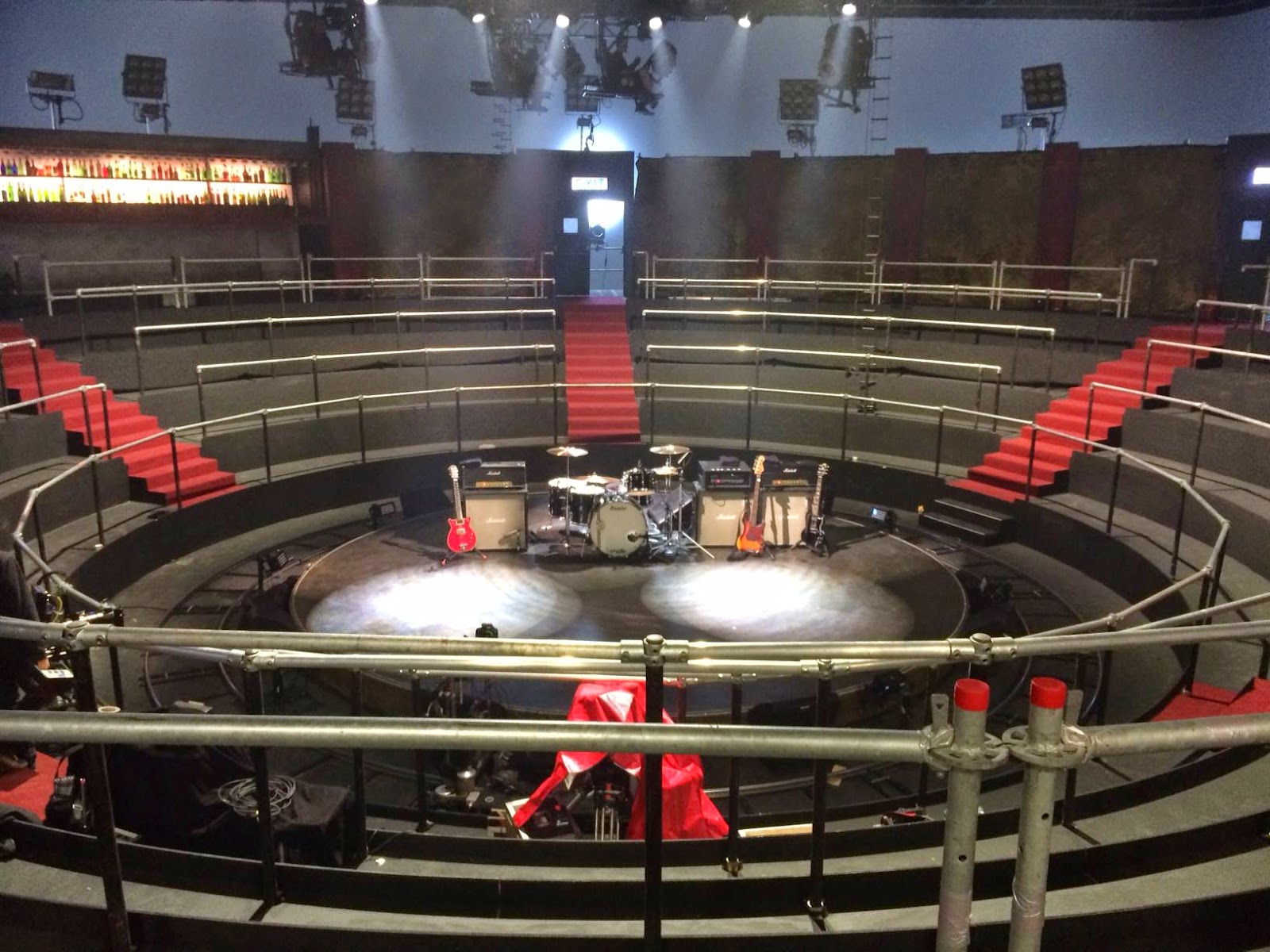