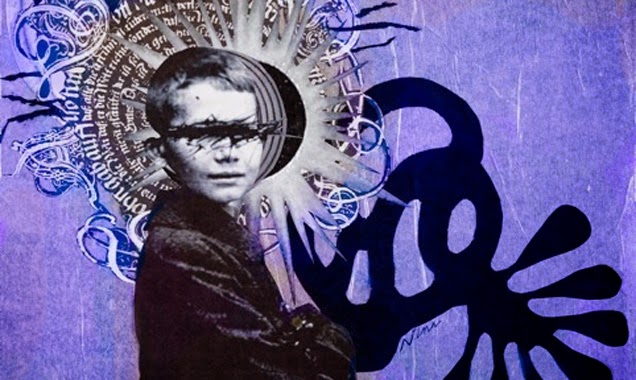 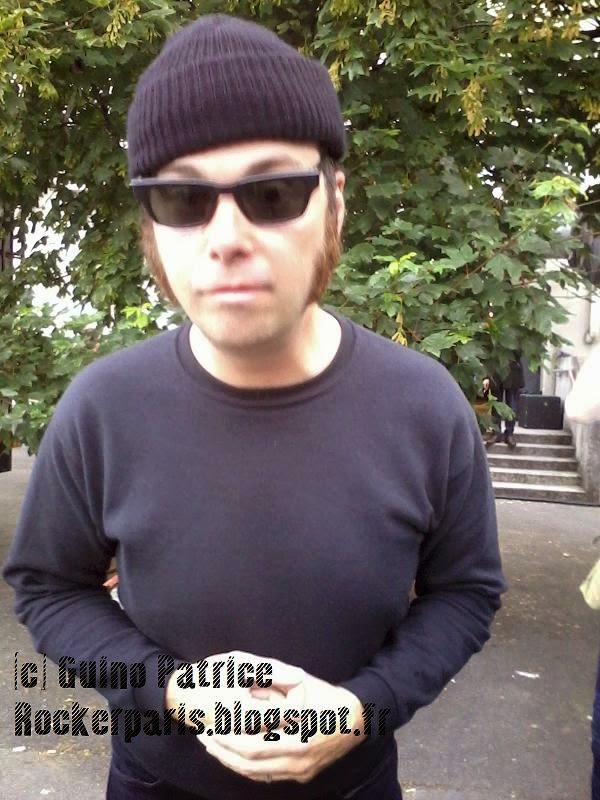 
It's been a long time since we last saw the Brian Jonestown massacre, in 2008 @ Bataclan and by reading our review, we were less than impressed by their concert.
Anton was in Paris a few weeks ago to play a radio show but it was acoustic with just one additional guitar player.
The band has a new album out and as we couldn't see them at their sold-out concert @ Bataclan on May 21st, Jimmy Page was in town, we're glad to finally see them on a stage.
Lots of musicians, the usual drummer and bass player, two guitar players plus Anton (making it three), a keyboard player and legendary Joel Gion (Picture above) on tambourine and occasionally  backing vocals.
First thing we notice , the sound is crystal clear and we can hear each musician very distinctly, far from the fuzzy sound they used to have, for the better... Songs have a  very 60's psychedelic sound, we all know that, but from time to time it makes me think of The Cure...but for one song that is very Arthur Lee's-"Lovised".
Only 7 songs but one of the best gigs I've seen this year.
Archives:
BJM @ "Live Me Do" radio show for France Inter on April 09 2014
@ Bataclan in 2008
Publié par Angelo Misterioso à l'adresse 6:13:00 PM