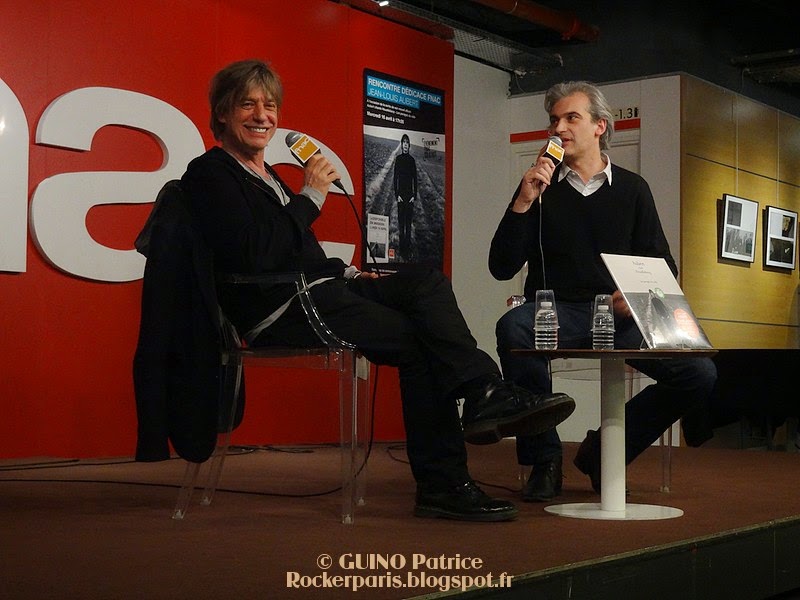 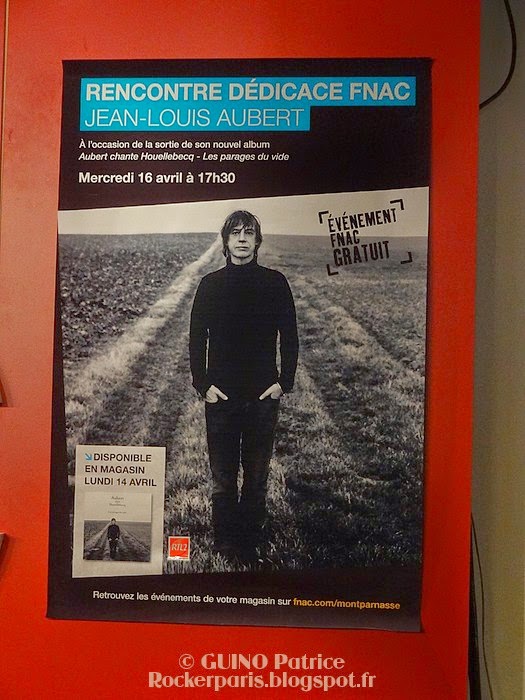 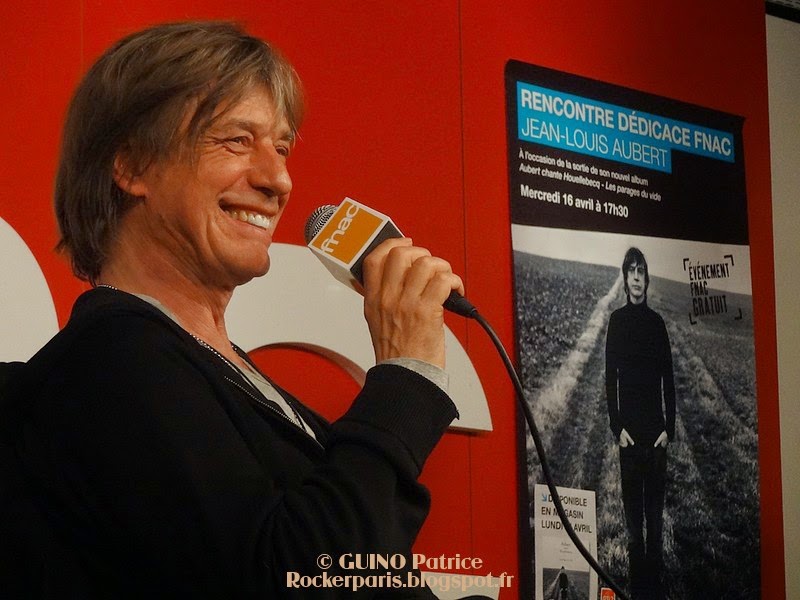 Jean Louis Aubert is promoting his brand new album  Aubert chante Houellebecq, Les Parages du vide. He was being interviewed but in fact not really as he kept on talking... and talking about the genèse of his latest record.
Basically everything he said is here on this site (In French).He then stayed to sign stuff, that was badly organized with people who arrived first got in line...last, and as Jean Louis took his time with each fan -which is a nice thing- it took ages.
Arrived just before 5:30 and left after 7:30 pm 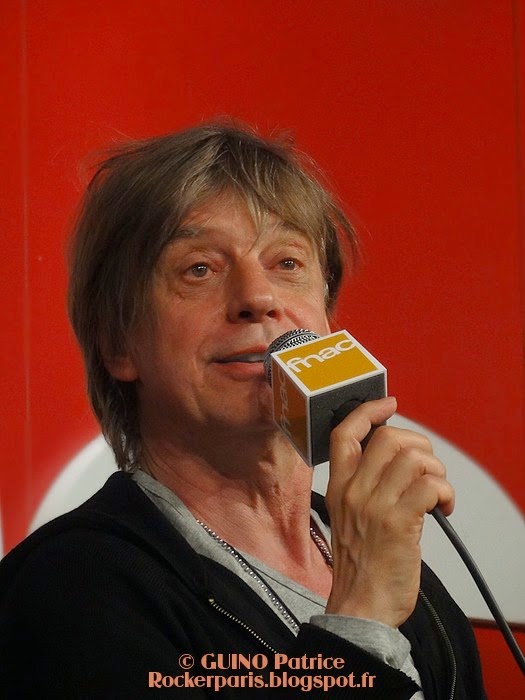 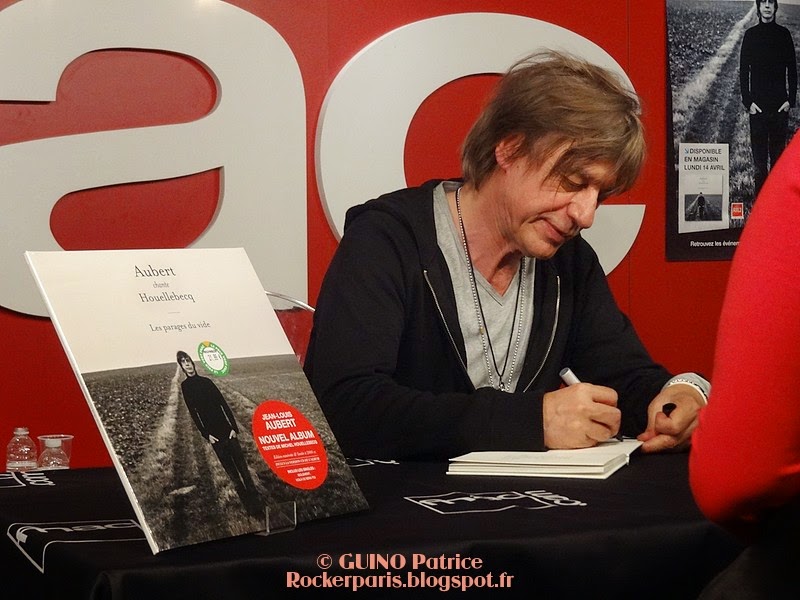 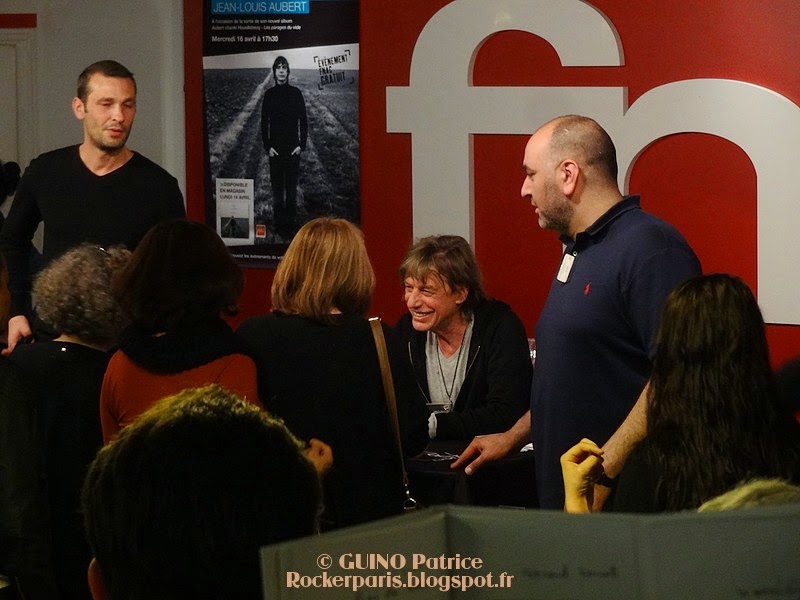 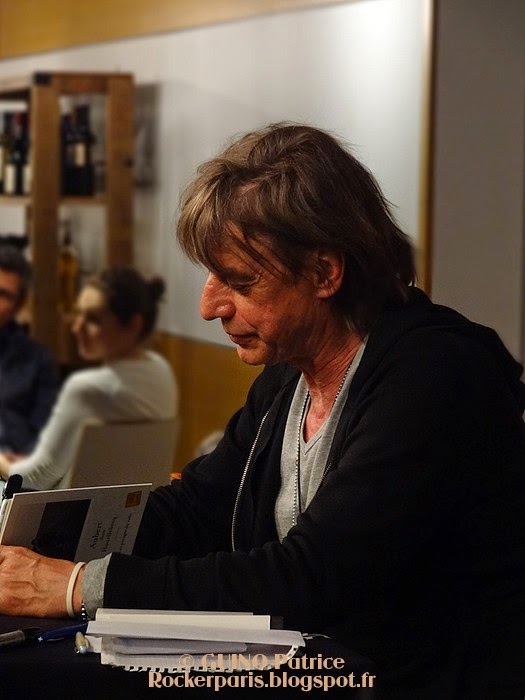