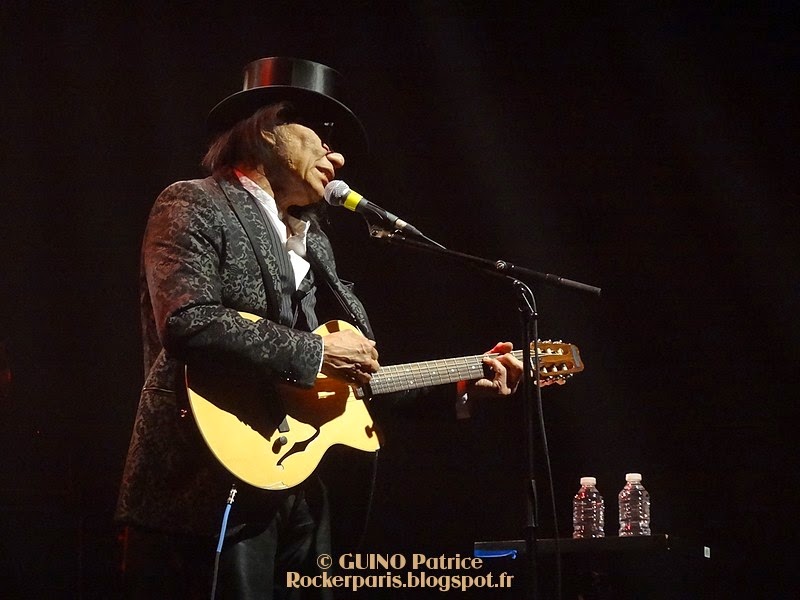 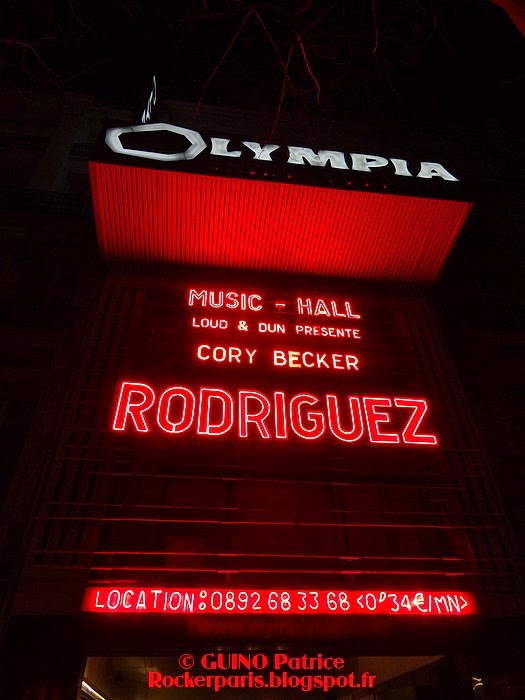 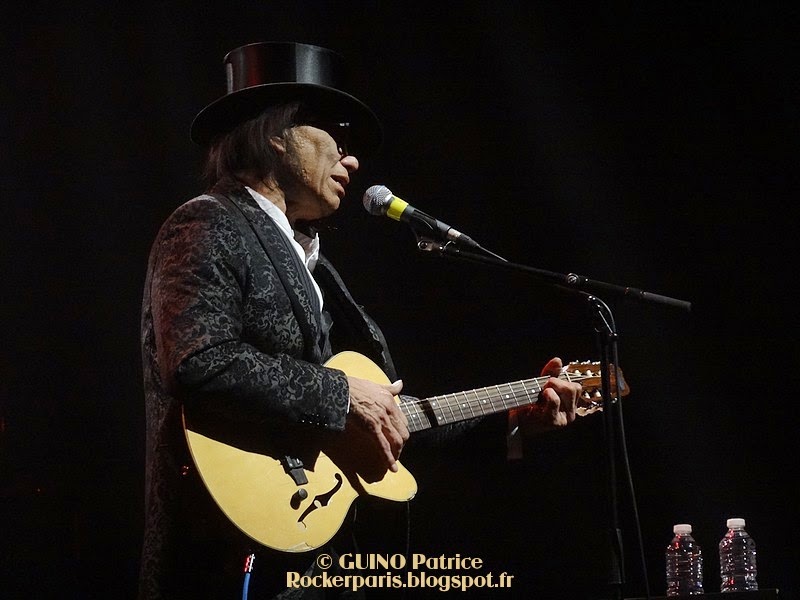 The show has been long SOLD-OUT  without publicity... I guess lots of people couldn't get in when Sixto played 3 sold-out shows in Paris last year ( 2 shows @ Zénith and one show @ Cigale) and wanted to see him performed at least for once. The documentary "Sugarman" that went out in theaters last year was a massive success in France. So Sixto is still riding high... 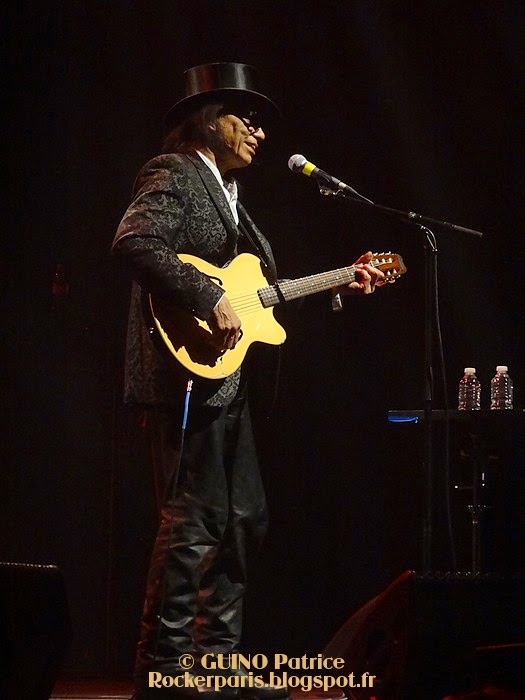 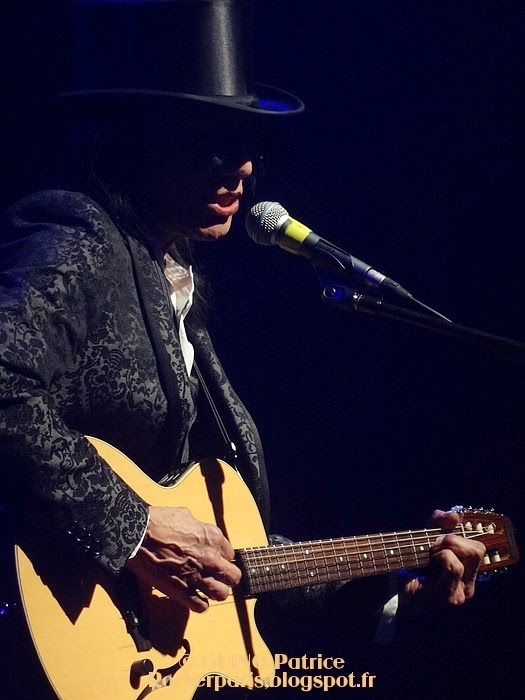 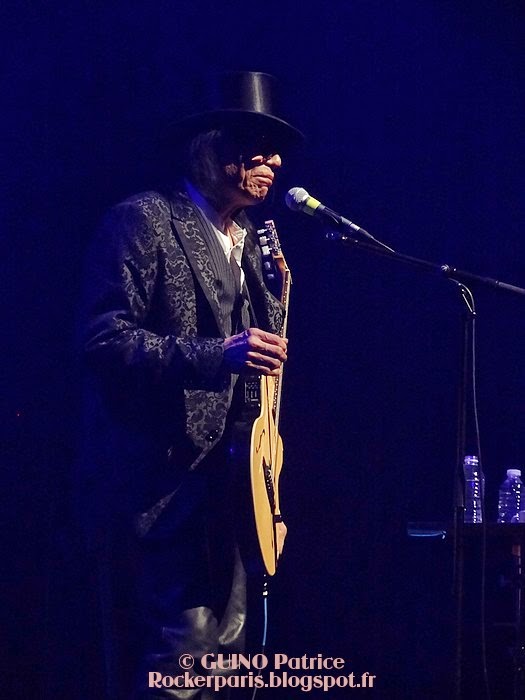 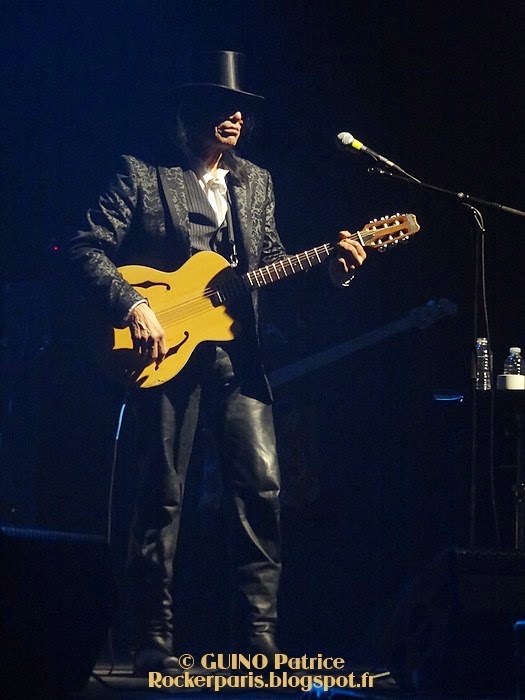 Sixto Rodriguez is introduced on stage by a French man then a young kid , probably his grandson, as Sixto is traveling with the whole family.
Laid back start with 4-5 acoustic songs on his own then the band is joining in, just drums, guitar & bass, no keys or piano so arrangements are kept to a minimum.
Sixto smartly dressed with boots , leather pants, white shirts and beautiful black jacket, let's not forget the shades and Gibus hat. He is in fine spirit , talking with the audience, joking and...drinking water. His guitar playing is kept to a minimum but that's ok and the voice is still a bit freil but this concert is miles away from the catastrophe we had for both Zénith shows last year.
This one was much  better that the concert of La Cigale (from last year).
Sixto feels really comfortable on the stage this year.
A few cover songs " La Vie en Rose", "Fever", "Lucille", "Blue suede shoes" and probably a couple of others ("unchained melody") and his famous songs from both his fantastic records., including a couple that I've never heard him performed before...Franck Sinatra's "I 'm gonna live till I die" and another one
Great gig on Sixto's scale! 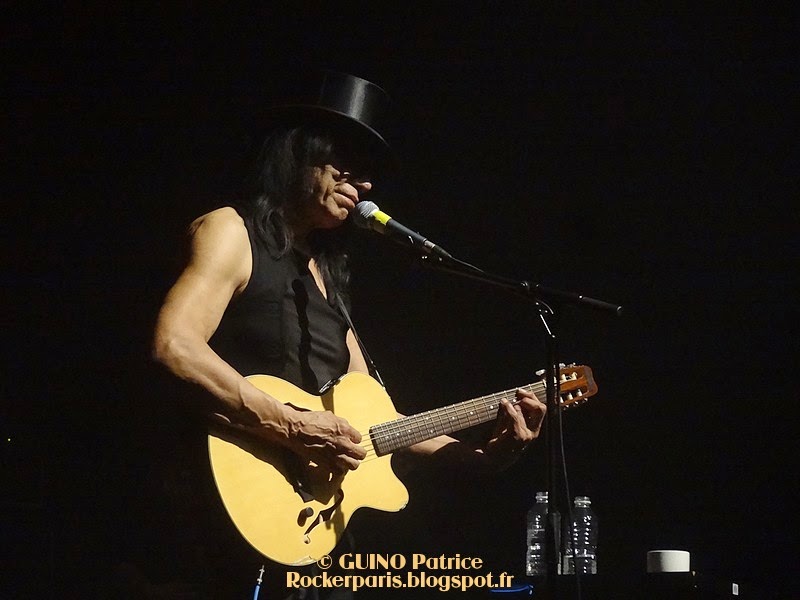 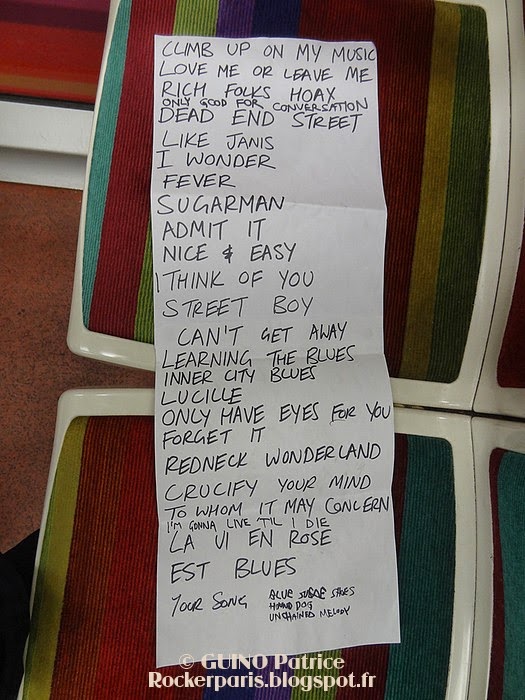 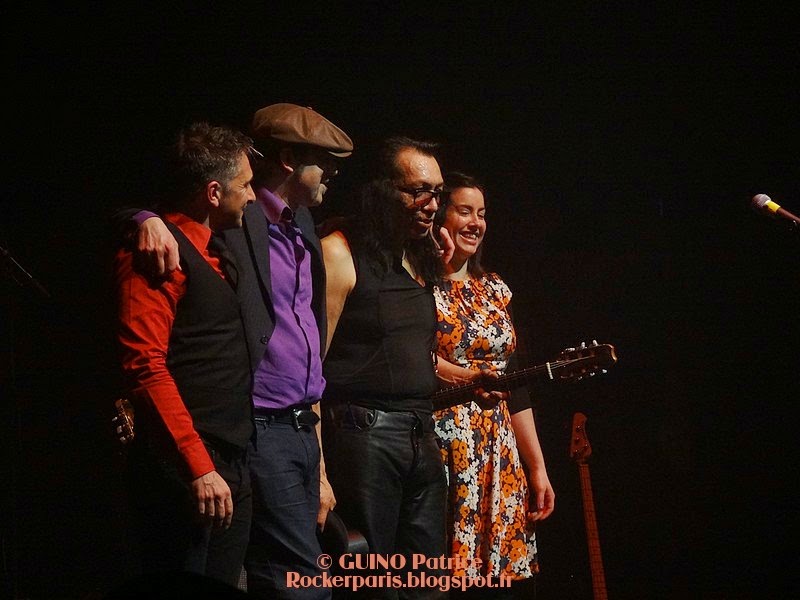 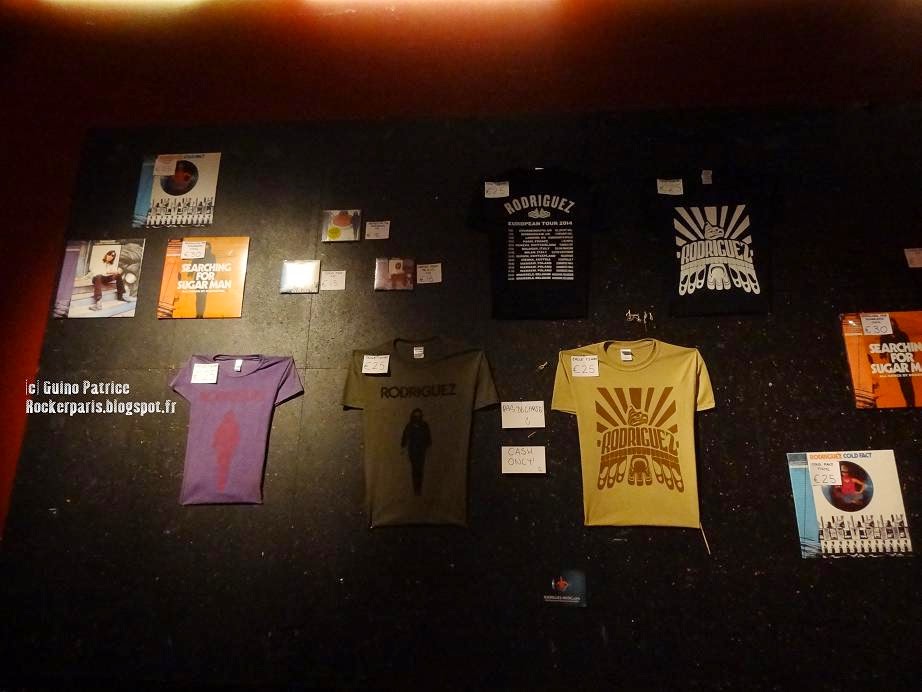 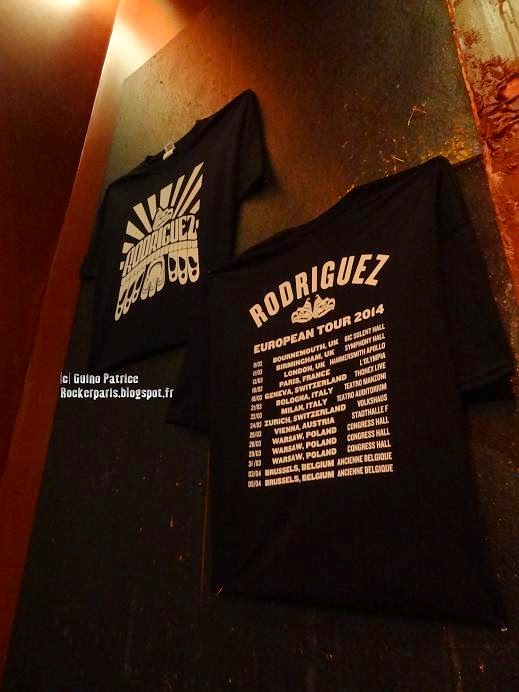 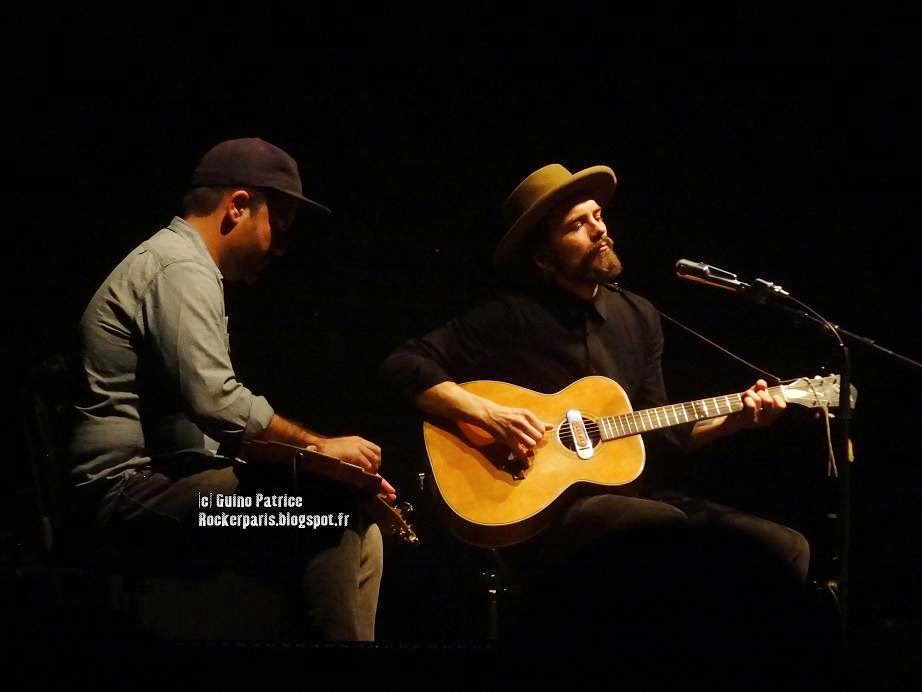