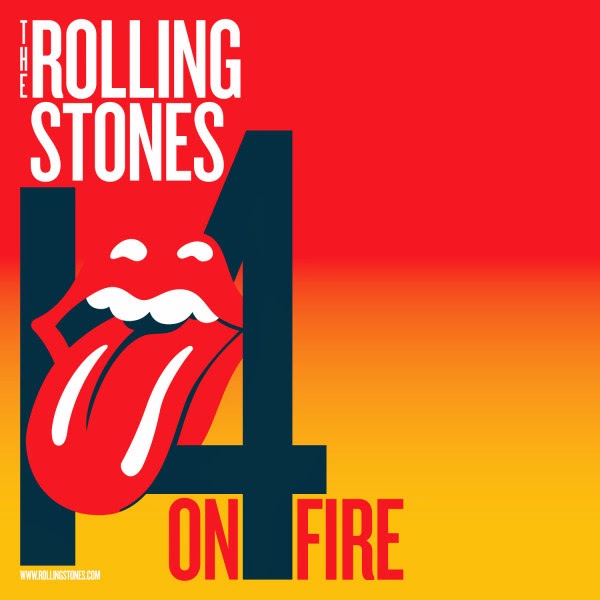 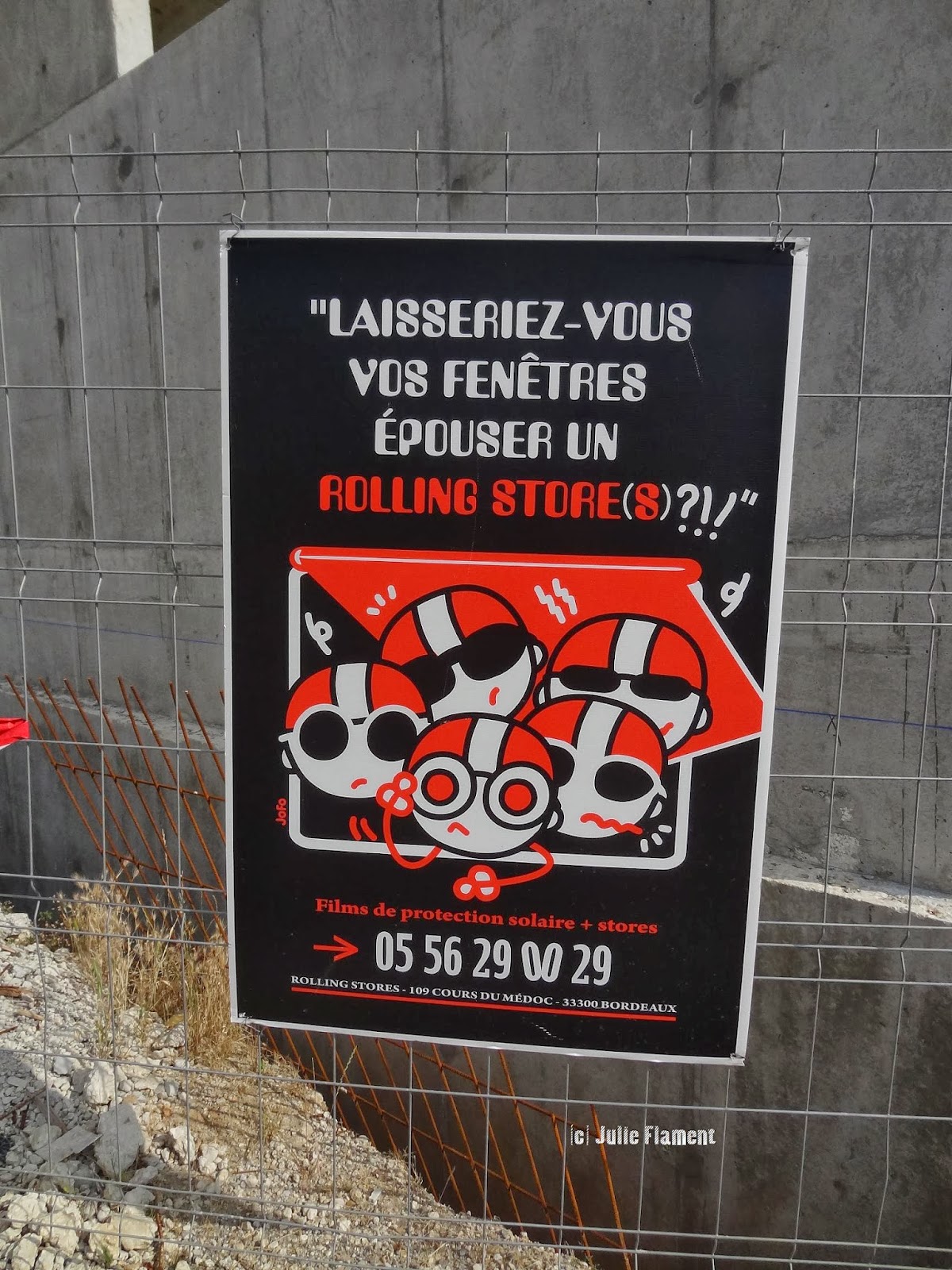 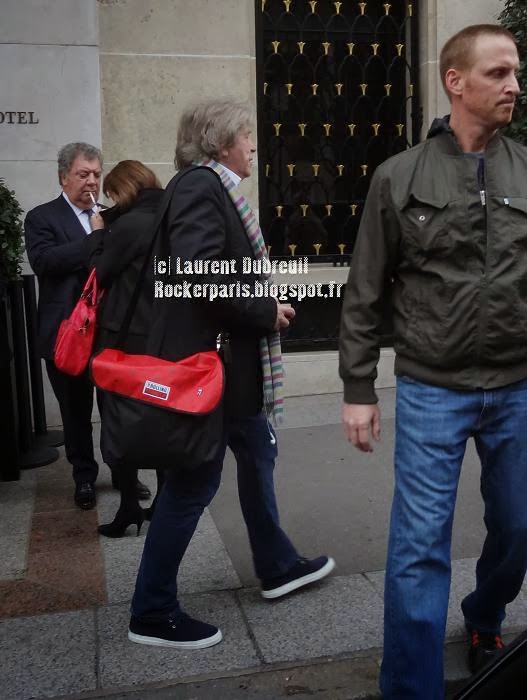 The band is leaving the hotel later and later each day, Keith is impossible to see in or out.
Bobby Keys is in Paris too, he was already there yesterday.
From my spies at the studio: there are more and more people each day, even a couple with a baby-buggy and the kid in it
Two very old women came down and asked where should they get their tickets to get in ?!? WHAT THE FUCK !!!
The Press is also trying to get footage of the Stones on their way in but the security is getting tighter and tighter and they could not get anything at all.
It's getting really silly !!!
Even someone working at the studio told the fans outside that there was no way that the Stones will let fans in like they did last year as there were too many people !!! Too bad as I wanted to get there myself tomorrow.
Great setlist with the addition of "Till the next Goodbye" from IORR, It's a first ! 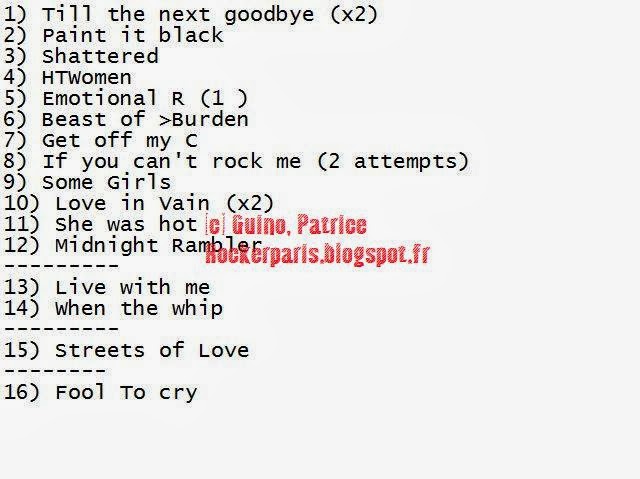 setlist
[PLEASE, do not copy/Paste the setlist without crediting ROCKERPARIS and/with a link to the website, THANKS]
Publié par Angelo Misterioso à l'adresse 11:58:00 AM