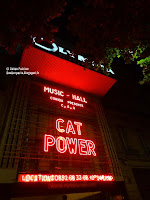 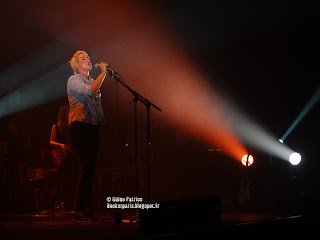 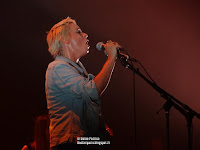 Can't believe it's been 5 years since we last saw CAT POWER live in Paris and it was at the very same Olympia Hall on June 1st 2008. We couldn't go at her last show in Paris @ Salle Pleyel on July 3rd 2011 as The Doors were playing on the same night @ Bataclan.
This gig has been postponed as she cancelled her whole European Tour a few months ago. She was supposed to play two nights @ Olympia, it turned out that there is only one show in Paris and it's not sold-out.
I guess her last album "Sun" was not well received over here, never heard any songs on the radio, it wasn't the case for "The Greatest" and "Jukebox" which had lots of air-plays. Couldn't go to a movie either without hearing one of her songs. 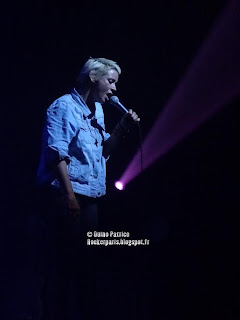 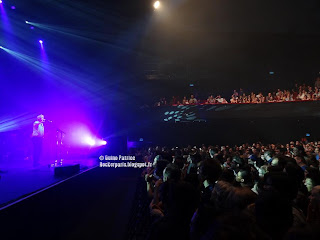 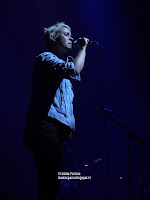 The stage is minimalist with a huge screen in the back playing short movies. There are 3 girls in the band on guitars, drums & bass and Gregg Foreman on guitar and piano. Chan has now short bleach blond hair and doesn't seem to be at her best, she's constantly touching her nose and sometimes coughing (catch a cold?) and she has trouble walking ( twisted her ankle ?). 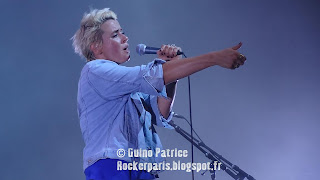 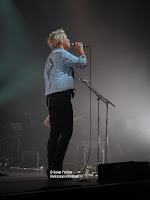 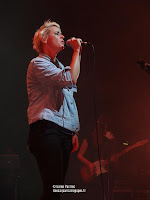 There was a time when she was having fun on stage or it was looking as if she was having fun, she was looking very fragile yesterday night on razor's edge.
She's the kind of girl you want to comfort and hold her tight in your arms.
There were some really good moments unfortunately we had to endure the whole new album "Sun" that I really don't like so I guess we were disappointed, too many of these new (boring) songs.
Hope to see her back soon alive & kicking but not with "Sun" songs. 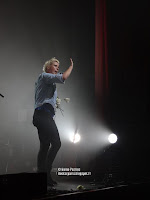 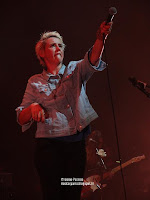 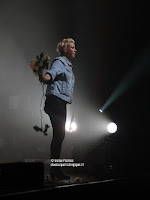 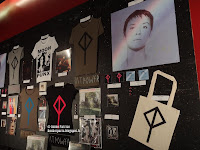