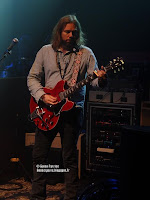 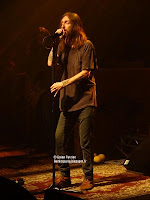 Finally The Black Crowes are playing a proper concert in Paris, The first since their show @ Olympia in 2001, not counting the private gig they did for The "Album de la Semaine" -Canal+- tv show in April 2008.
Of course it was sold-out almost instantly, funnily enough people are getting to the venue very late, there's no support band and when the band is getting on stage at 8:15 there are still many seats left at the balcony.
The concert couldn't have started better with "Jealous again / Thick n Thin / Hotel Illness".
The sound is loud & clear, Rich Robinson is on the right, new guitar player Jackie Greene on the left hand side and Chris Robinson dead center attracting all the lights.
The band is tight and now things are getting serious with some extended jams on a couple of songs.

We're lucky tonight, the band is treated us with a "Best Of" setlist, maybe is it because the band hasn't been in Paris for such a long time. It's a dream setlist and probably the best one on this tour. 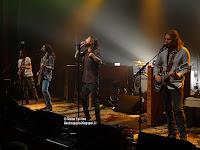 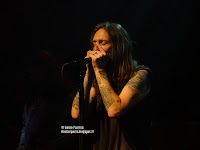 The Crowes are getting a very warm reception from the wild audience, we have a few covers for the last part of the set with The Velvet's "Oh Sweet nuthin" & "Hard To Handle/ Hush".
The band is leaving the stage for the second time the house light is on but no one wants to leave the premises and the audience  is asking for more... 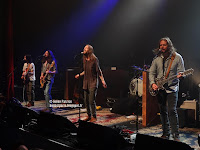 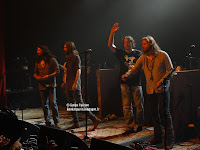 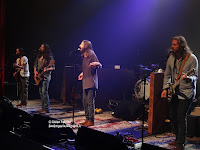 The Crowes are back, for the first time on this European Tour, for one more song ( not on the setlist) with a terrific rendition of the Stones' "JJF" (here on video) 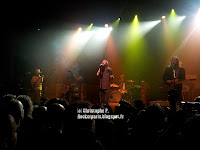 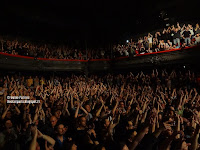 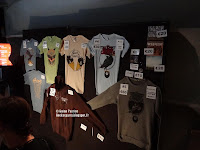 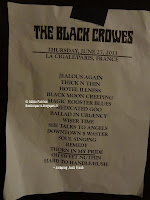