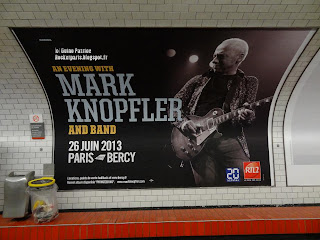 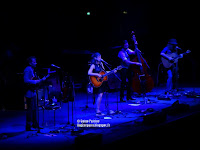 Mark Knopfler is still very popular in France, Bercy has been sold-out for ages, as the audience is very old, it's an all seated event so Bercy is sold-out with almost 12000 instead of the usual 17000 when the pit is "standing".
Support band is a nice girl with a crystal clear voice: Ruth Moody, but the music is sooo boring, Folk at its worse. 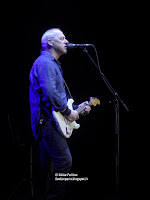 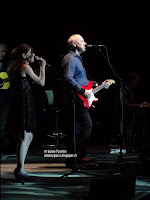 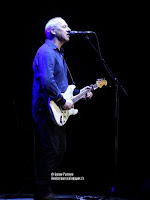 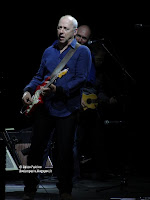 After a 30 min intermission it's Mark Knopfler and its 7 musicians band to grace the stage.
Lots of mid tempo songs, some with a very Irish feel and others sounding like the first album of JJ Cale.
I thought it would be a bit boring, in fact it's enjoyable.
He has the same soft spoken voice and the guitar playing is very subtle and intact after all these years: incredible.
The girl who opened the show,Ruth Moody is back to sing two songs with Mark.
Needless to tell you that it's not too loud and that the sound is PERFECT, probably one of the best I have ever heard @ Bercy.
Mainly songs from his solo albums and a couple of Dire Straits songs "Romeo & Juliet" (here on video) and a 10 min+ version of "Telegraph Road", both had the best ovation from the very quiet audience who finally stood up and rushed to the stage for the last 4 songs of the 2 hour set 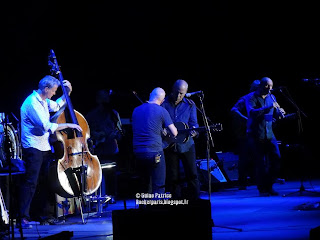 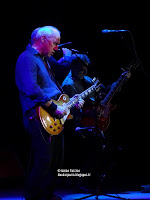 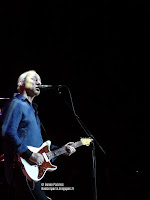 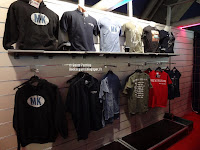 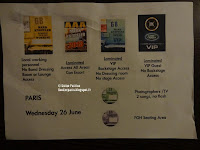