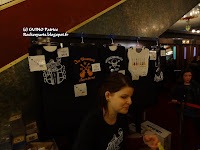 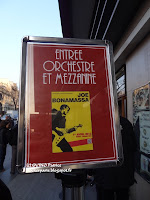 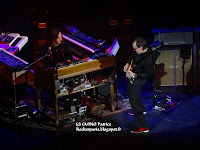 It's been a long time since we've been to a proper gig in Paris, we've missed D.A.D. @ Divan du Monde last week and Rival Sons @ Trabendo as we were busy.
No need to tell that the show is long sold-out.
Couldn't miss Joe Bonamassa, it's the first time we're seeing him as a solo artist, the only time we saw him was with Black Country Communion @ Bataclan last summer.
Everyone is expecting the support band to take the stage @ 8:00pm when the lights go out and the PA is playing a country version of an AC/DC song.
Nope, it's Joe and his drummer Tal Bergman sitting down to play us a 25 min acoustic set starting with Bad Company's "Seagull". Nice way to start. 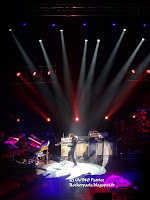 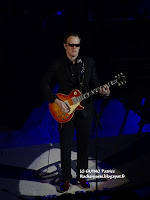 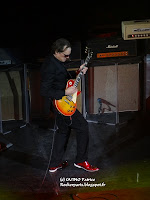 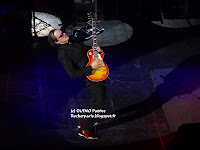 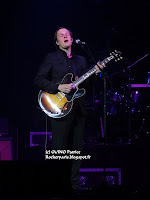 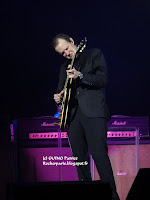 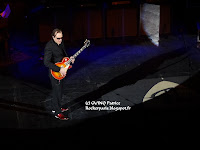 Then it's time to raise the dead with some neat electric guitar for a further 2 hours, we never really took the time to listen to any of his solo records, of course we're fans of BBC.
Great lightning, very bright.
A drummer on the far right, Tal Bergman that we already saw many years ago playing with Billy Idol @ Taratata tv show in Paris, a keyboard player (?) on the far left who has almsot as many keyboards as Rick Wakeman and Carmine Rojas on bass ( he played with David Bowie for many years).
Lots of blues rock songs à la Gary Moore of course and others more heavy Rock. You can feel the blues influences , great version of "Young Man Blues" (The Who version) but you also can feel that the man is fan of classic rock as he played a instrumental medley of Whitesnake & Led Zeppelin songs among others.
He has a great voice too that can remind you of Paul Rodgers even though he told us that he almost lost his voice this morning.
That was the last show on the European Tour.
Great Gig !